Rob Liefield Says “Ryan is Deadpool” and “Cable is Coming” 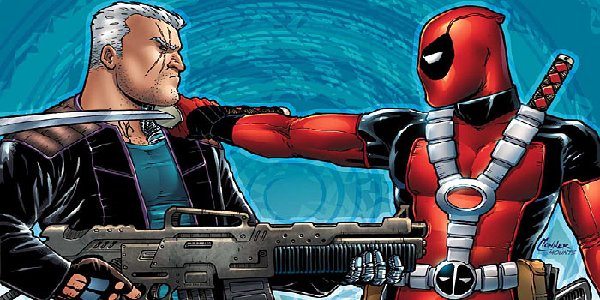 According to Rob Liefield, those folks at Fox have been busy.

CinemaBlend reports that when asked point blank, at Comikaze 2014, if Ryan Reynolds would be playing the infamous merc in the 2016 movie; Deadpool co-creator Rob Liefield is quoted as saying,

Ryan is Deadpool. Look, Ryan Reynolds, he’s gone through that same career arc, the guy is ridiculously talented. He has a huge, huge passion for Deadpool. Deadpool’s not happening, because he was a giant star, they said, ‘Ryan, what do you want to do?’ And he said, ‘Deadpool.’ That’s why it happened. They would have no faith otherwise. That movie is because of his passion. He put together the team.”

It’s a pretty big compliment when the creator of the character you are portraying thinks that you’re the absolute perfect choice for a big screen adaptation.

Now Reynolds has been fairly quiet since the ruinous Green Lantern movie that debuted in 2011, that was blamed unfairly on his casting for it’s failure.  Despite these accusations, his performance was inoffensive and gave a bit of charm to an otherwise poorly written and seizure inducing train wreck.  He took another whack at the action sci/fi schtick in 2013’s R.I.P.D., which ended up being the “zuh?” movie of the year; and though Reynolds didn’t reach new heights in the buddy cop sci/fi action either, he still delivered a performance that fit the boring and uninspired role, and once again added more charm than would have been there before.  No doubt fans are still approaching this news with caution, but the test footage that was leaked earlier this year definitely helped alleviate some of the worry hardcore Deadpool fans have been carrying since Wolverine: Origins and Reynolds took a swing at the character back in 2009.

Regardless, Fox has acknowledged their past mistakes, and are looking to industry vets like Liefield to help bring quality adaptations to both their comic book and general audiences.  Rob Liefield also further expanded on rumors of Cable coming to the screen sometime soon.  Comicbook.com reports him as saying,

Following Wolverine 2009, the Donners called me into their office and said, ‘Rob, we want to meet and talk to you about Deadpool, since we’re spinning it off. We know we made some missteps, and we want to get it right.’ So I sat there with a bunch of producers, and we sat for several hours, and we talked about different ideas. And I tried to steer them in directions I think. For instance, I’ll tell you, first question they said, ‘Rob, does Cable need to be in the Deadpool movie?’ And I said, ‘No, Deadpool deserves his own function and Cable should come in in his own movie.’ And they were like, ‘Ok, because we were thinking about…’ And I was like, ‘No, you can do them both separately. They don’t need to be in the same movie.’ Look, we had a long talk, we had some ideas, I can’t share them, some of them made it across the finish line.”

Well it looks like Fox is finally starting to take cues from the more successful comic book movies in past years by bringing in the guys who actually write comics to start bouncing ideas off of.  While there is no additional information on the Cable movie at this time, Kastor’s Korner will keep you up to date on both projects as the information becomes available.