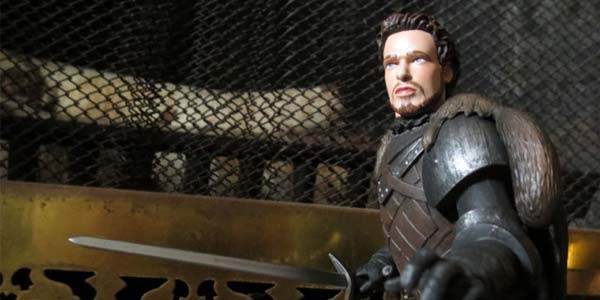 The King in the North comes to life in Dark Horse’s Game of Thrones collection.

Robb Stark, the eldest son of Ned waged a remarkably effective campaign against the conspirators who killed his father, until he was brought down not by vengeance but by true love, an ideal he paid the ultimate price for.  It made him one of my favorite characters in the Game of Thrones series, which is why I was very glad to see him get his moment in Dark Horse’s toy collection, as well.

The young would-be king features a very nice sculpt, posed at the ready with his sword in hand.  Robb is dressed in his armor and the familiar fur-lined cloak of he and his countrymen from the North, and it works perfectly for the figure.  There is a great deal of detail in the sculpt of this figure, from the quilted pleats of his tunic to the animal fur which rests on the top of his cape, and the paint apps make every detail come to life.  I can definitely see the likeness to actor Richard Madden in the face sculpt, and I love the quiet intensity in his expression, which suits the character perfectly.

Like all the Dark Horse figures, Robb does not feature articulation, but his pose works very well for the character and he makes for a visually dynamic piece.  Interestingly, Robb’s sword is an entirely separate piece, not a blade which plugs into a hilt sculpted in his hand as we have seen with many of the other figures in the line.  It’s kind of cool, though, because you an raise of lower the position of the sword a bit, to give the young Stark a more defensive or offensive vantage.

Robb is well sculpted and fits in perfectly alongside his half brother Jon Snow.  Both men share a scale that seem just slightly too large next to the other figures in this collection, but the difference is negligible and they all look fantastic on display together.  Retailing for less than $25, Robb is also a great value– considering the size, detail and paint work on this figure, I would expect to pay nearly twice that price.  If you’re into Game of Thrones and you’ve got a lonely shelf looking for some excitement, I would heartily endorse Dark Horse’s great figure line.  The character selection has been great so far, pulling from all corners of Westeros, and there’s so much screen accurate detail and character appropriate nuances in these figures, they are a surefire hit for any fans of the series. 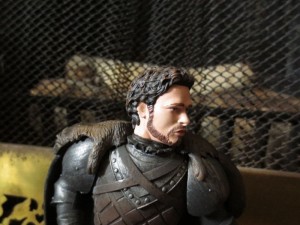 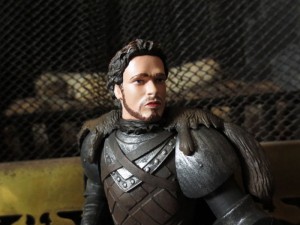 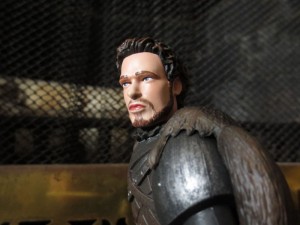 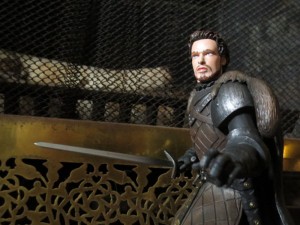 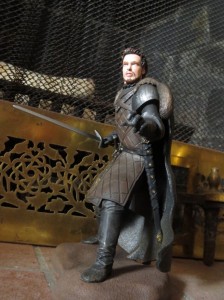 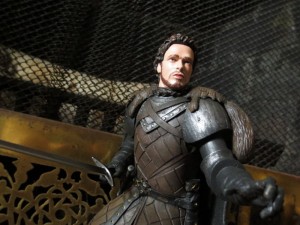 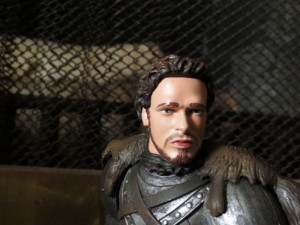 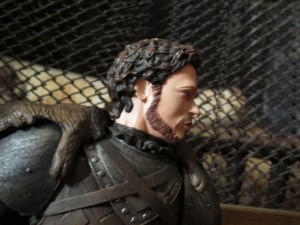 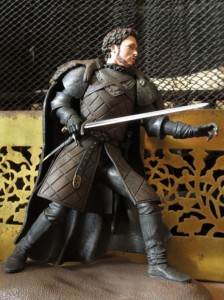 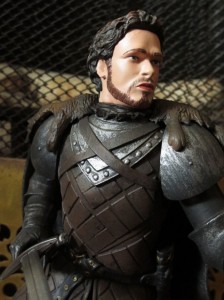 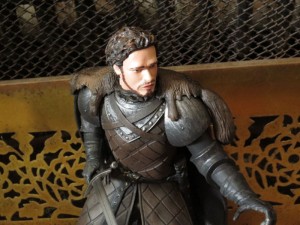 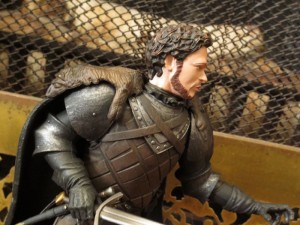 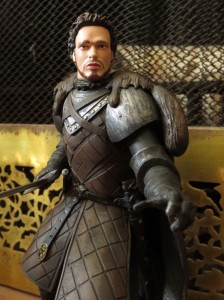 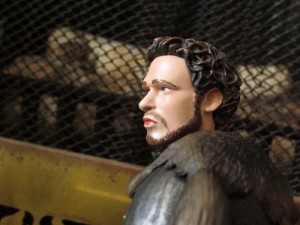 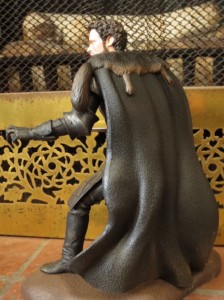 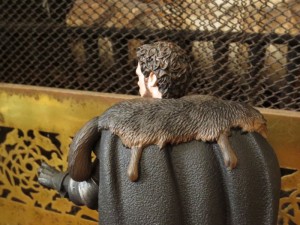 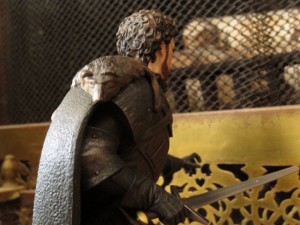 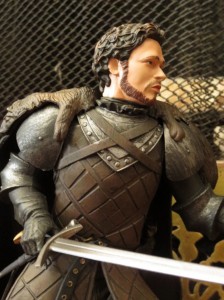 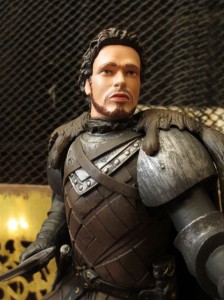 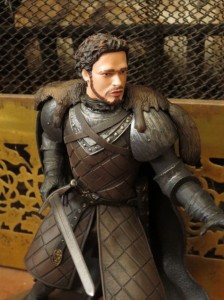 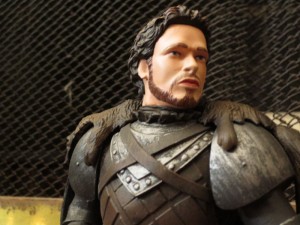