Robert Downey Jr Is Back For Avengers 2 (And 3) 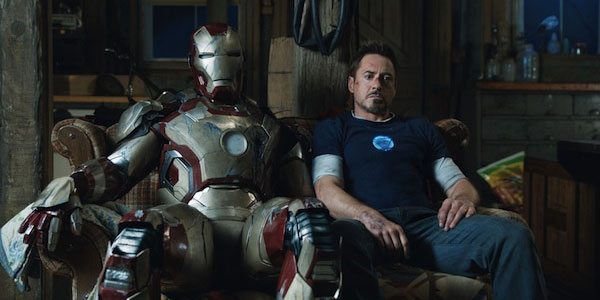 Don’t you just love it when a plan comes together?

I was pretty confident that Robert Downey Jr would be returning as Tony Stark in future Marvel movies– between The Avengers and Iron Man Three, he and Marvel have basically created a money-printing machine.  But recently, Downey had been very quiet about his future as a super hero, then very loud about wanting more money for it.  It was all kind of dull, Hollywood insider stuff, but now that’s over and Downey is officially back!

It’s good news, as even after Iron Man Three wrapped up Tony’s solo story quite nicely, I believe he still absolutely has a place in The Avengers series (there is no mention of another solo Iron-Man movie in the works), and it should work for Downey as well, since he can be as much or as little involved in these movies as he wants, thanks to the team dynamic.

Are you happy to hear Downey will be back for the next Avengers movies? Or is it time for the armored Avenger to flay off into the sunset?