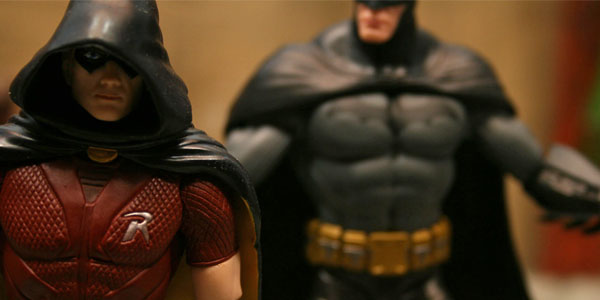 DC Collectibles makes sure that Batman does not have to take on a city of villains alone. Robin joins his partner in Series one of Arkham City.

I have tried to limit the lines I collect in the past few years, as any collector knows that can be hard. So when the Arkham line was announced from DC Collectibles as much as I love the games I had to take a pass. After getting the Bane set though I was sucked into the dark world of Arkham.

One of the must have figure in any Batman line is the faithful sidekick, Robin. This version of Robin is Tim Drake, and he has much more armored look with a mix of Damian thanks to the added hood. The hood does obscure the head sculpt, but under is a bald headed Tim. The figure has a two toned cape, yellow and black, and has the pointed “R” all matching the first look of Tim’s first costume. He comes with one accessory, his bo staff. The paint on the figure is well done, with no major issues. The articulation of the figure is well done compare to some other figures in this line. He has a good range of motion, but does have a “T” crotch, which limits some of his action poses. 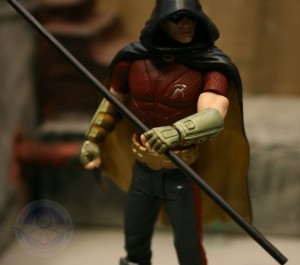 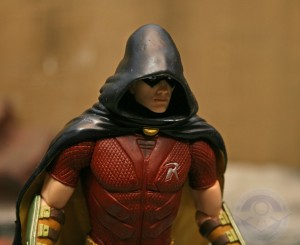 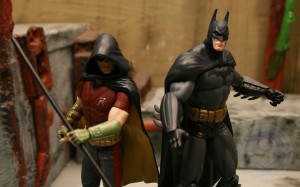 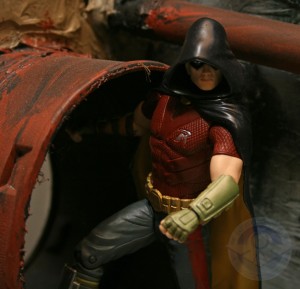 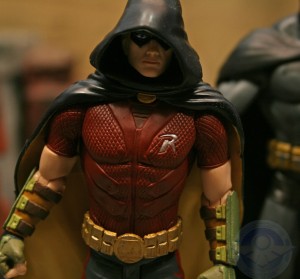 Overall this is a great figure in the line and worth tracking down. He is gaining a lot of value on the secondary market so head over to Mike’s Comics-N-Stuff for all your Arkham needs.