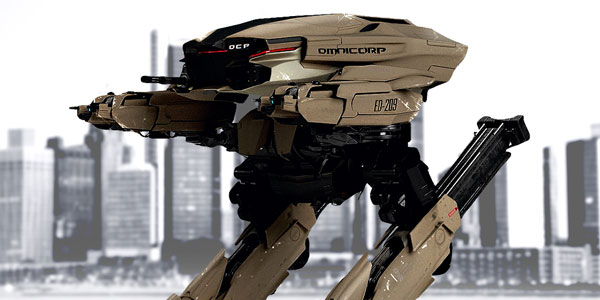 The ill-fated Robocop remake attempts to get hip with a viral website.

I don’t know many people excited for the Robocop reboot.  Nothing we’ve seen so far really gets me amped up at all (with the possible exception of Joel Kinnaman as our new Murphy).  Sony is trying to drum up some Comic Con hype with the launch of a new viral website for OmniCorp, but it’s not really enough to move the needle for me.

So far we’ve got a video (see below) as well as some images of the new looks of Robocop’s gun, his likely adversary ED-209, and a bike and plane… it all looks the same as the new Robocop suit– like a video game adaptation of the iconic hero.

I remain skeptical of the need of this remake, as the original still really holds its own, thanks to Paul Verhoeven’s fiercely black satirical streak.  That’s half the charm of the part man/ part machine/ all cop… and if the reboot can’t find its own niche to build off of, I have the feeling it will never gain traction.  See the latest below, and check out more at the OmniCorp website. 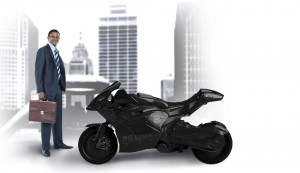 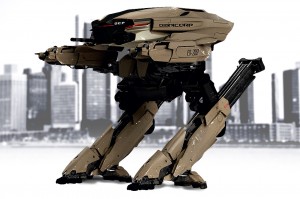 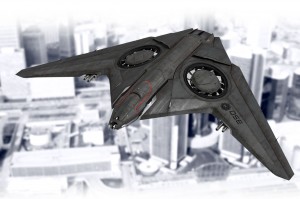 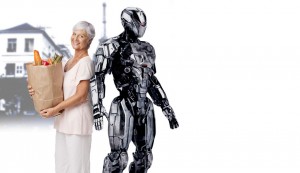 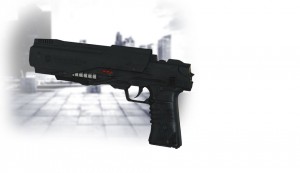