Rocket And Star-Lord Are Ready To Guard The Galaxy 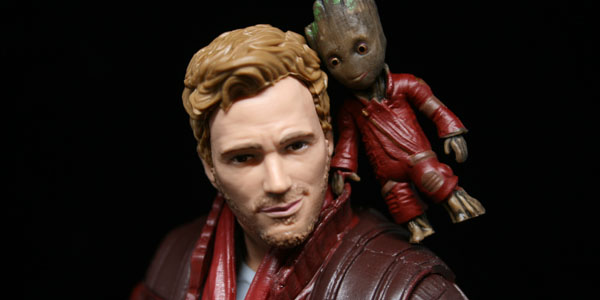 The boys of Guardians of Galaxy Marvel Legends wave two may take a back seat to the ladies, but they are still an impressive trio. 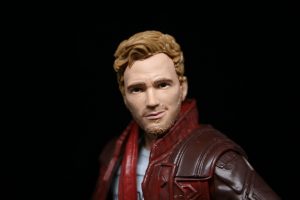 Every movie line of toys is heavy on the main hero, in this case it’s Star-Lord. He appears in every wave of figures, giving collectors a total of three versions of Chris Pratt from the sequel line. This version appears after the opening scene as part of the team packs up to head off with Ego. While the wave one Star-Lord head sculpt looked more like the first film this one reflects Pratt’s look in the sequel. While this version shares some parts with the first figure, there are slight tweaks, that makes him different enough to warrant picking up. This time the shirt is a lighter color, his jacket is longer, and he has his scarf, which is removable. While I am happy with the overall look of the figure I wish one of the the Pratts had just the Teeshirt look. The head sculpt is much improved over the first film figure, and looks amazing from the right profile, but looking dead on its not as good. He comes with his blasters, which can clip onto his legs, and the coat is soft enough to allow for some posing with them on and off. He does comes with one more accessory, which could be a Zune or a walkman, but it is too small to really identify. 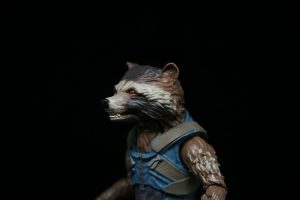 Along with Star-Lord Rocket gets his own figure, even though he only takes about about 1/4 of the package. I am always happy to see when the detail of the sculpt and scale take top priority over the perceived value of the figure. When the value takes over we get out of scale figures, with inaccurate sculpts, but Rocket is near perfect for this mass market line. He is also a huge improvement over the first film figure. The first figure has very limited articulation, and the head sculpt did not capture the attitude of the character, he was too cute. This time Rocket gets two head sculpts, and is spot on to the movie look of the character. Rocket comes with two small blasters, and a Ravager mascot version of little Groot. There are no moving parts on Groot but the innocent look of the little guy is just too cute to pass up. This Groot rounds out the main film looks for the limited vocab hero, when you combine him with the Groot multipack from Toys R Us earlier this year. 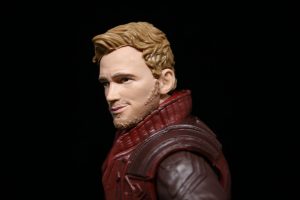 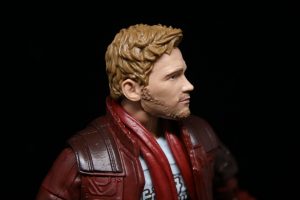 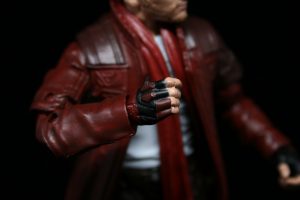 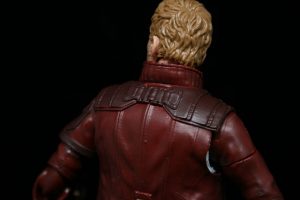 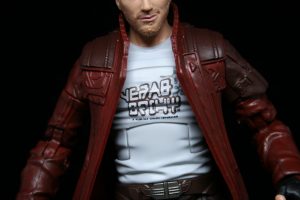 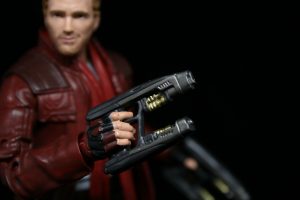 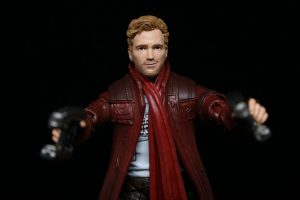 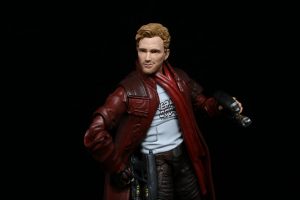 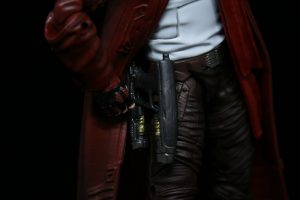 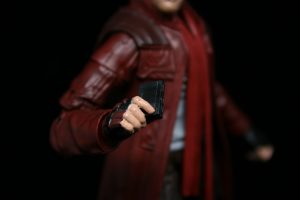 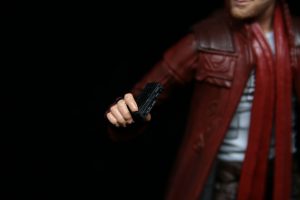 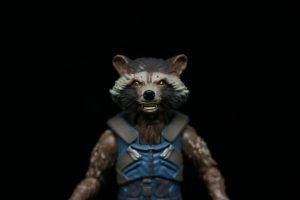 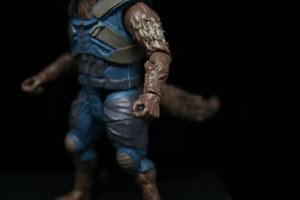 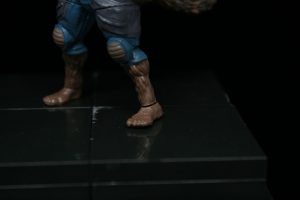 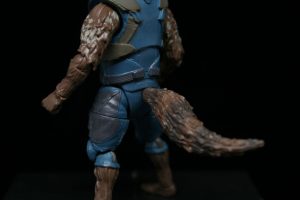 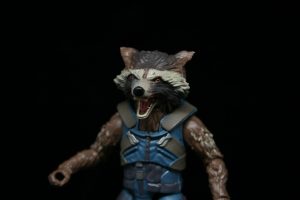 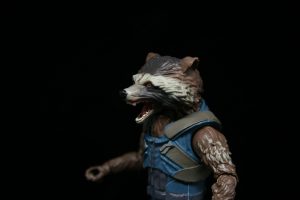 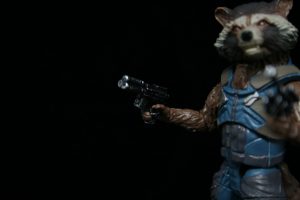 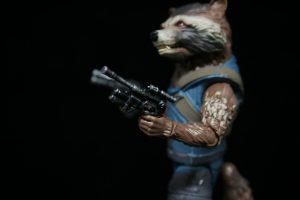 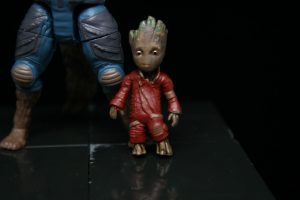 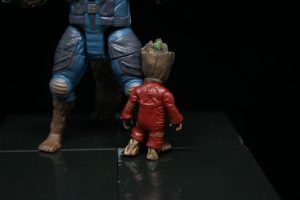 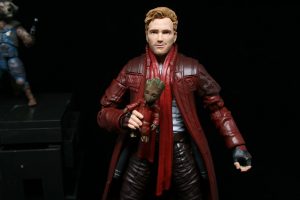 Thanks to Hasbro for sending over these review samples