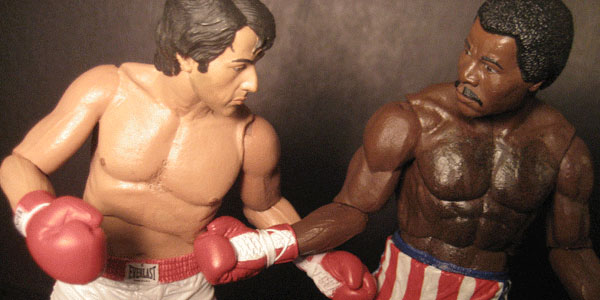 From the Human Torch, to Apollo Creed’s grandson… is there anything Michael B. Jordan can’t (maybe) do?

Deadline is reporting that MGM is working on a Rocky spinoff called Creed, which would feature the grandson of the late champion Apollo Creed on his own journey as a boxer.  The concept here is that the young Creed would be taken under the wing of an older Rocky Balboa, completing the circle of the Italian Stallion from nobody to world champion, to returning fighter, to trainer for a new fighter.  I kind of love this idea, to be honest.

What make ti even better is word that Fruitvale Station director Ryan Coogler is the choice to direct this spinoff nobody seemed to even imagine a few days ago, with Michael B. Jordan being eyed for the role of the new fighter.  Fruitvale Station is getting all kinds of positive buzz, and I can’t wait to see it even more now, knowing it’s director and star may soon be adding an interesting new chapter to the Rocky saga.

I’m very intrigued to see what becomes of this project, and I’m sure I’ll be writing more about it here as things progress…