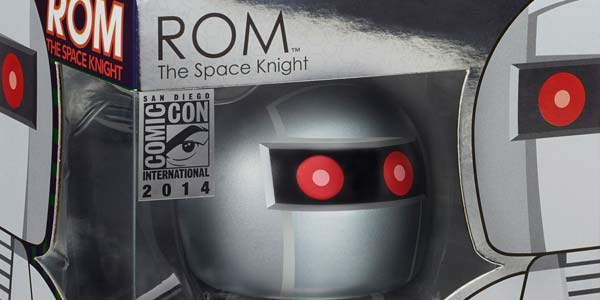 Where’s my coffee? I desperately need to do a spit take.

Fewer epic toy failures have managed to capture the imagination quite as keenly as Rom: The Space Knight.  Yes, the original 1979 action figure from Parker Brothers never caught on, but the cyborg hero’s Marvel comic book lasted for 75 glorious issues.  When the book finally ended in the late 80s, Marvel lost the rights to ROM, meaning many of his adventures were sort of lost to the ages.

But while ROM was gone, he was never forgotten– and now Hasbro is bringing him back for his first toy in 35 years.  To celebrate the majestic awesomeness of this beady-eyed metallic warrior, Hasbro is releasing a 5.5″ scale Mighty Muggs figure at San Diego Comic Con.  This guy looks awesome! 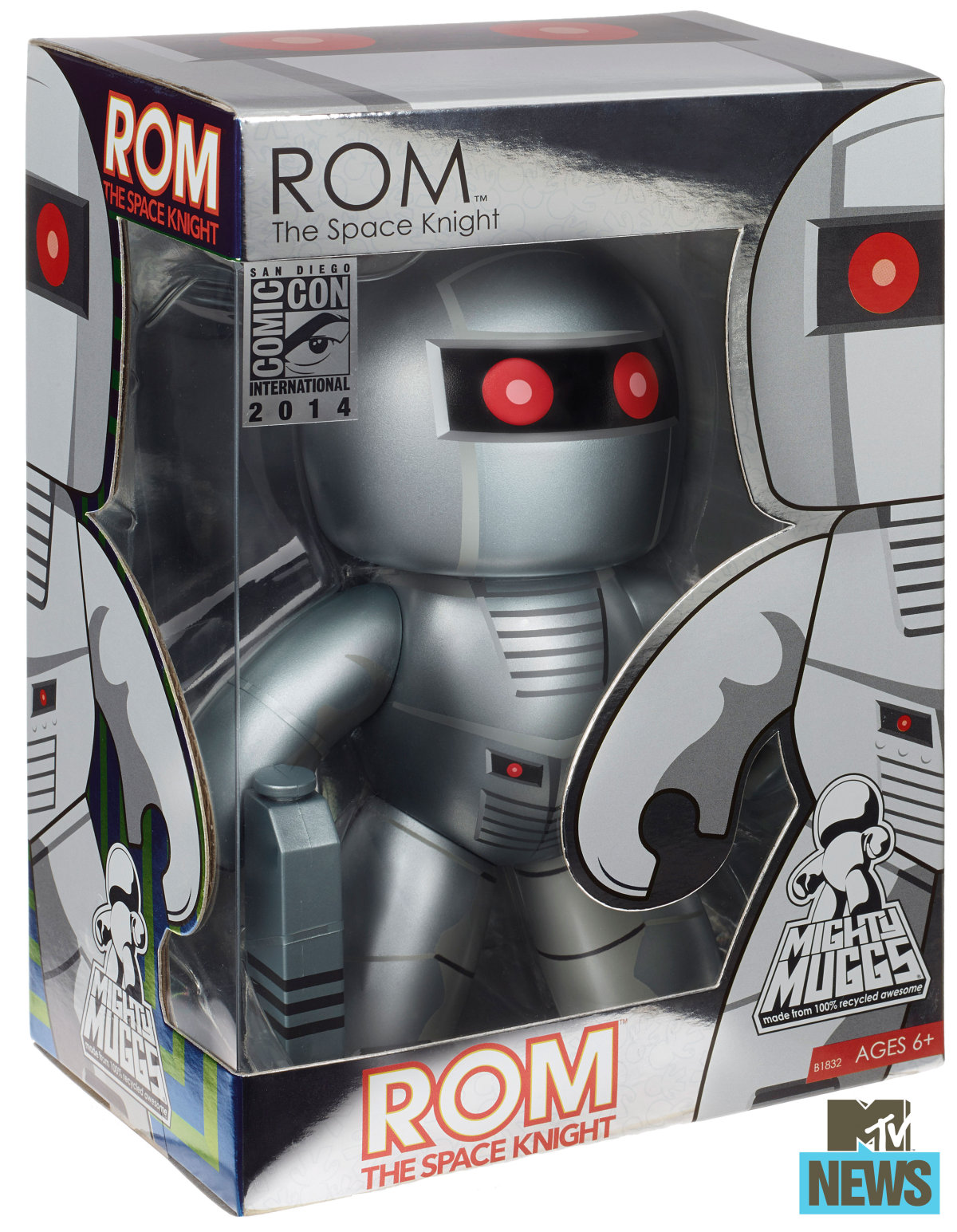 MTV got the scoop on this guy– because, y’know, reasons– so you can see more enticing pics and info by clicking Here.  If anybody attending SDCC wants to bring a ROM back home for me, I’ll be your best friend forever.