The Triumphant (and Adorable) Return of Rom the Space Knight 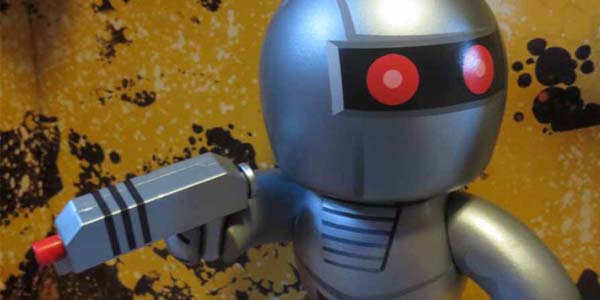 Rom the Space Knight has escaped from the dimension of horrible legal red tape!

Even if you never owned the original action figure, or read his Marvel comic book, chances are you know Rom.  The Space Knight sparked many aspects still in play within Marvel’s cosmic universe, and he’s left an impression on many of us geekier kids of the 80s.

Sadly, Rom has been shelved as the result of a multitude of rights issues for decades now, meaning he’s no longer technically a part of the Marvel universe.  But his lack of presence in all modern Marvel facets– and the existence of his fairly fantastic comic book series exclusively buried in quarter bins– just seems to add to his mystique.  And thankfully, Hasbro has found a way to bring him back with the Rom Mighty Muggs released at San Diego Comic Con.

Like Rom himself, the Muggs are an idea sort of getting cooler as it inches ever closer to obscurity.  Hasbro’s attempt at designer blanks was a noble effort, with a decent base body design and– most importantly– loads of fantastic decoes that matched the respective Marvel, Star Wars, GI Joe, Transformers and Indiana Jones characters.

Now, we can add the Space Knight to that list, and he’s a fantastic addition.  Rom is cast in a silver plastic, with a second silvery tone added in to highlight his dimensions.  This corresponds nicely with the black linework that renders Rom’s unique cybernetic armor, and helps to find a great balance between Rom’s angular silhouette and the roundness of the Muggs body.  It’s a very good effect– this totally read as Rom even though his iconic square helmet is now spherical! 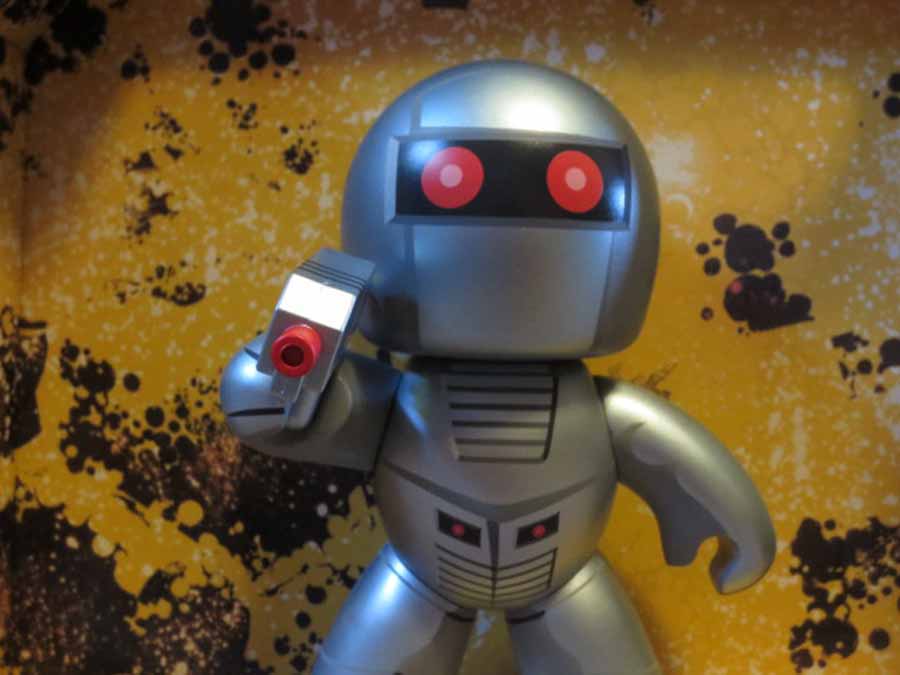 Rom features his iconic circular red eyes, which peer through the all-black slat in his mask, and he comes packing a nice, stylized take on his laser gun.  Like all Muggs, Rom poses at the neck and shoulders, so while he’s limited in what he can do, he’s still quite cool looking, and yes, completely adorable.

This figure shares a window box design that will be familiar to any Muggs collectors, including a window that does a great job of showing off the figure inside, as well as a great illustration of the Muggs concept design for the figure on the corner.  To further make him unique, Rom’s box also features a nice silver foil finish, and a very 80s geometric pattern that feels very true to the character.  Truly, the Rom Muggs figure is truly a toy that looks equally great in or out of the box.

If you love Rom as much as I love Rom (and weren’t able to pick one up at SDCC), you’re in luck, because Hasbro Toy Shop has him in stock right now!  Click Here to order yours today. 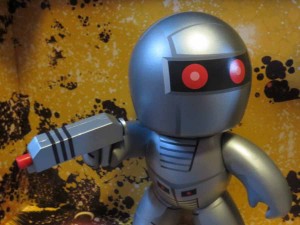 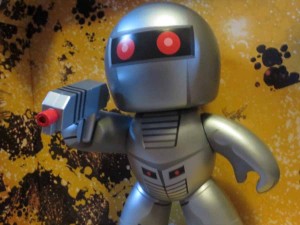 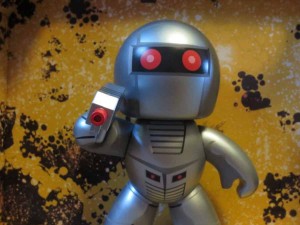 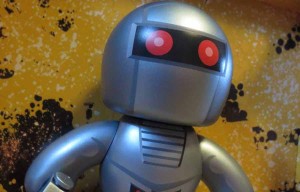 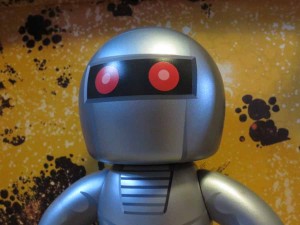 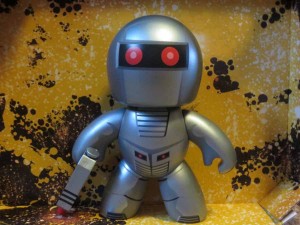 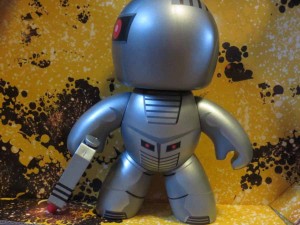 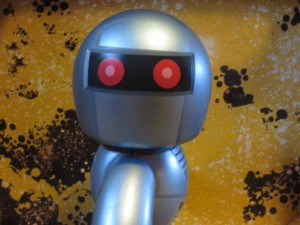 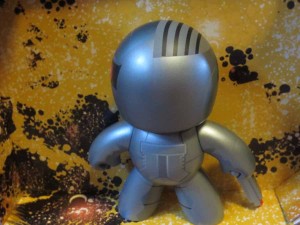 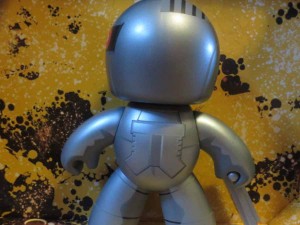 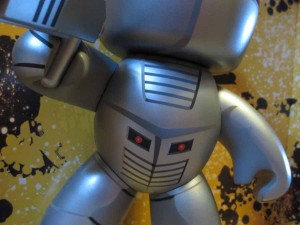 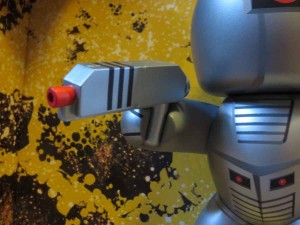 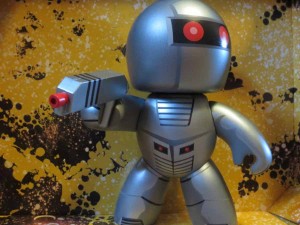 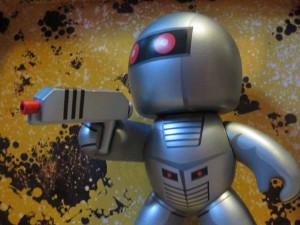 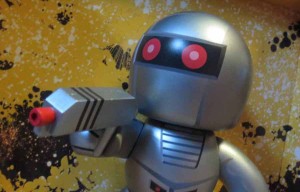 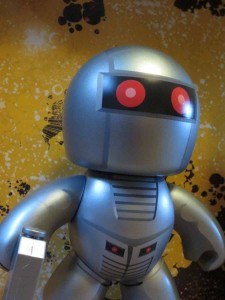 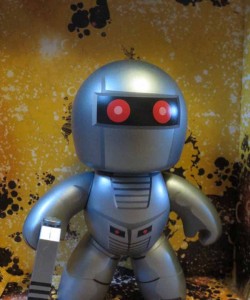 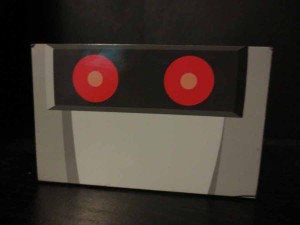 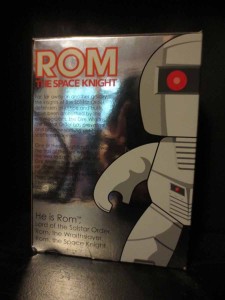 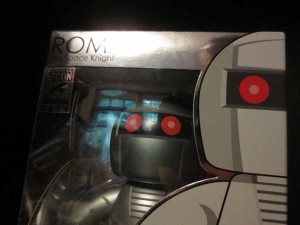 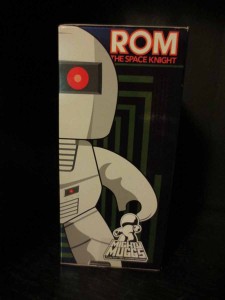 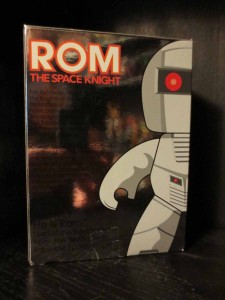 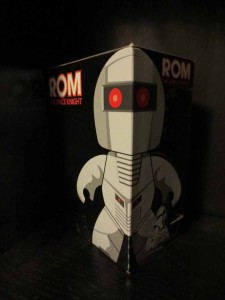 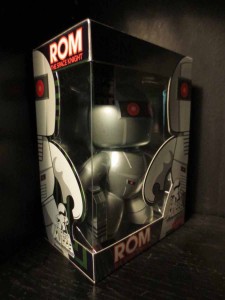 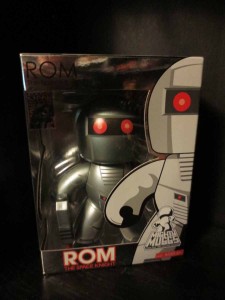