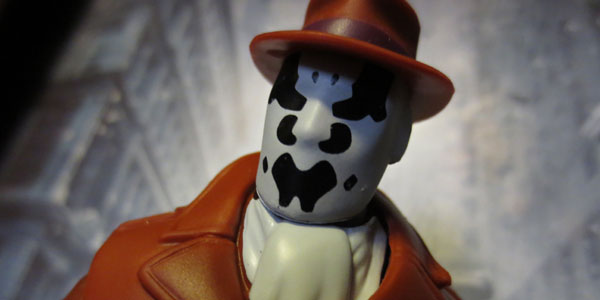 WOW! Mattel really knocked this one out of the park!!

Mattel gets a lot of flack, especially when it comes to their approach with the DC Universe.  The rampant parts reuse we’ve seen throughout the life of the line serves two purposes– to provide a uniform look for their entire collection, and to keep production costs down.  It worked okay (most of the DCU figures do look like they’re cut from the same cloth), but they end up feeling a little too samey, and what made them special to begin with gets washed away over countless body reissues with new heads.

I bring this up because Rorschach, the debut figure in Mattel’s new Watchmen line, bucks this trend, providing a figure with clever, minimal parts reuse and lots of fantastic new tooling.  The result is one cool figure… there have been many attempts at Watchmen figures over the years, the most notable being DC Direct’s failed attempt as comic-based toys in the 90’s.  Since then, we did see a few versions of movie-based figures, but nothing from the original, classic comic book… until now. 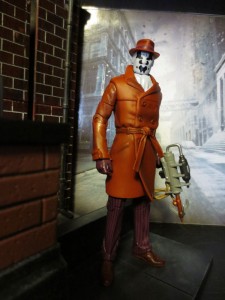 Mattel wisely opted to create toys based directly on the seminal Alan Moore/ Dave Gibbons graphic novel, and our first figure, the masked vigilante Rorschach, totally nails his iconic look.  Everything about this toy is absolute gold, from the masked headsculpt, to his rumpled trenchcoat (and all new piece!) to the pinstripes on his pants.  The result is an amazing figure, painstakingly accurate to the source material (right down to the torn strap on the right sleeve of his jacket and missing button) and one perfectly capable of assimilating into the DC Universe, or standing apart as part of his own line.

The new work here is mostly accomplished through soft rubber overlays, meaning Rorschach can still move freely with the standard DCUC articulation, but the new sculpting is gorgeous and realistic, conveying the unkempt look of the street-based hero.  The figure’s paint apps are equally fantastic, with a beautiful wash used to shade and “dirty up” the jacket, and a great wash on his shows to give them a realistic, worn look.  The rorschach pattern on the vigilante’s mask is wonderful, perfectly symmetrical and blotchy, appearing as if it were just ripped off the page of Gibbons’ artwork. 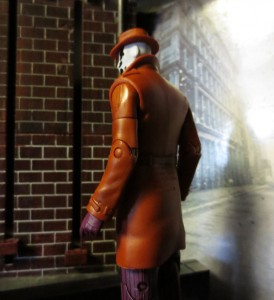 Rorschach includes his hydraulic grappling gun, another all-new piece, which is perfectly scaled and fits well in his hands.  The weapon is clunky and realistic and perfectly captures the on-page appearance.  The hero also includes a display stand, a yellow circle with the Watchmen logo sculpted into it as a relief.  It’s a nice looking stand, not too large but big enough to support the figure, and I’m sure will add to the overall effect of the team when they are fully assembled at the end of 2013.

I don’t often go into packaging, but the Watchmen boxes Mattel has designed are so cool, so stylized, it would be a crime not to mention them.  The package stands out right away, with an outer shipping box in black and yellow, much more dramatic than the plain white shippers we’re used to from Matty Collector.  The front features the Watchmen logo and the iconic yellow clock, while the sides have a print of the character’s face on one side and a yellow on black graphic with the “Who Watches The Watchmen” graphitti on the other. I’m really hoping each figure’s ox includes a unique piece of this graphic, because it would make a hell of a backdrop for the whole team. 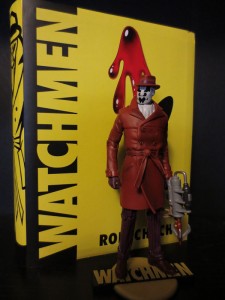 The inner package is a box made to look like a book– the cover is a closeup of the blood drop on a smiley face, and it opens to reveal the figure in a plastic inlay on one side and a collector’s card on the other. It’s lavish and very well executed… and as a plus it involves no tearing or blisters to open, meaning figures can be packed and unpacked anytime, a great new feature for a collectors line!  The spine of the “book” is another black and yellow image of the character, offering yet another display option for the box to accompany the figure on a shelf.  It’s smart and striking and gorgeous… box art that really emphasizes the ART.

The only reason I bit on Mattel’s Watchmen was my absolute love for the original comic.  It’s one of my absolute favorites, and the level of quality and detail on Rorschach proves to me that this property is just as near and dear to the designers at Mattel as it is to me– everything about this toy feels like a genuine labor of love, something I honestly wasn’t expecting from Matty.

The Watchmen figures will be available every other month in 2013 on Matty Collector, starting with Rorschach who was sold in January.  They’re a bit more expensive than the average DC Universe figures, at about $25 a pop… but with the amount of new tooling, painstakingly great paint apps and the bold and brilliant packaging, this figure feels worth every penny.  If the rest of the Watchmen come out half as great as Rorschach… we may just be looking at our toy line of the year for 2013. 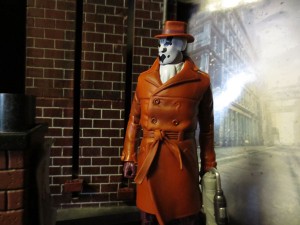 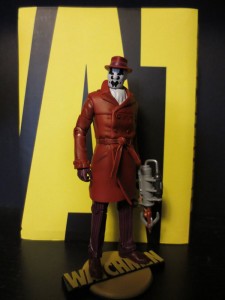 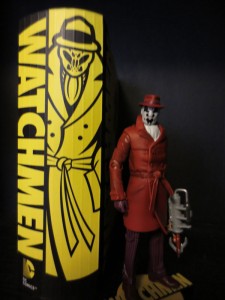 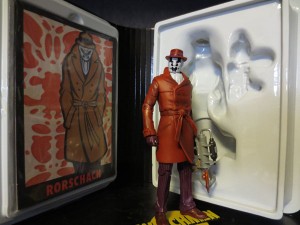 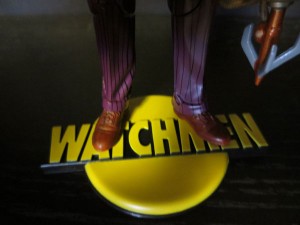 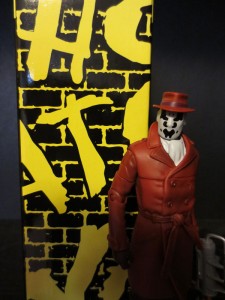 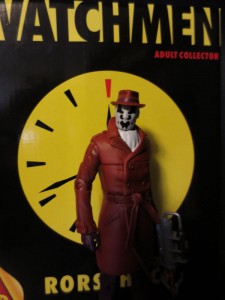 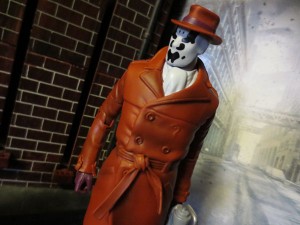 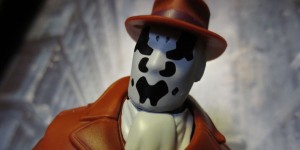 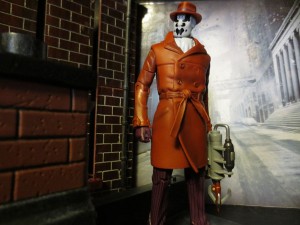 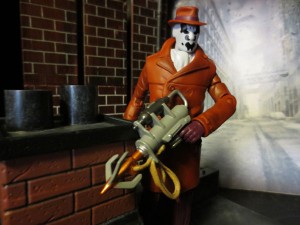 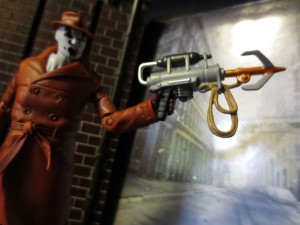 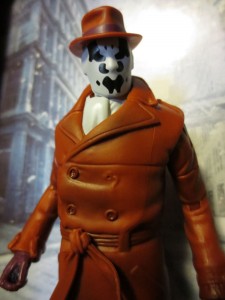 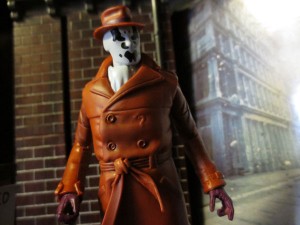 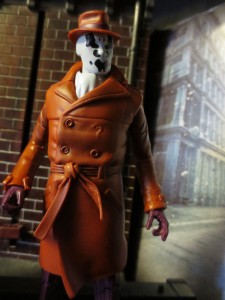 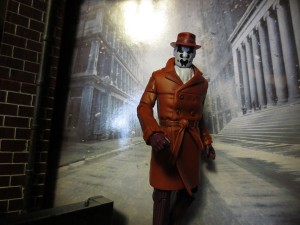