Roxy Rocket’s in the the DC Animated World 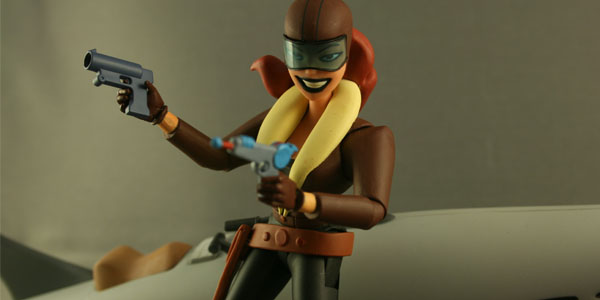 The females in the Animated line from DC Collectibles can be a mixed bag, but Roxy Rocket is a case getting right.

I remember Roxy from the episode of New Adventures when Superman put on the Batman suit to help out the Dark Knight. When this set was first hinted at during the DC Collectibles pre-SDCC party in 2014 I was one of the only ones in the room to guess it correctly, but I never thought the figure would come out this good. The figure according to some fans need some more shading and the hair is slightly off, but this is one of the best the line has to offer.

Female figures in general have issues moving their heads due to the longer hair, but Roxy has a full range of motion, even with the big collar too. The joints are small but tight and sturdy, proving that after the Catwoman issues DC fixed the problems. She might be one of the sturdiest of the line, so swapping out hands are not an issue this time.

She has a few accessories, which match the simple looks of New Adventures, but still look futuristic. Her biggest accessory is her Rocket, making her double the price of a normal figure.  Like the Batmobile, it has lights but no sounds, and doesn’t come with any batteries. I would have gladly paid a few extra dollars to have them included, because after having her for a while I still have not gone out to get them. They are the small round ones, which are not ones I keep extra of laying around in my battery bin. The rocket has it’s own stand, but it’s only to provide stability and does not offer any real action posing options. Her articulation does not look out of place and she is able to sit perfectly on her rocket.

If you have to choose a deluxe figure to get from the line this is the one with the most value. So head over to our sponsor Mike’s Comics-N-Stuff for all your DC needs! 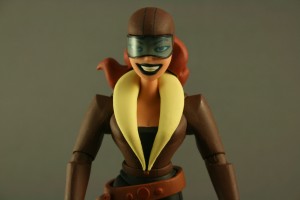 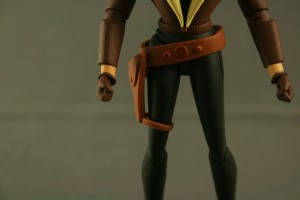 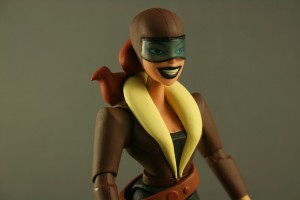 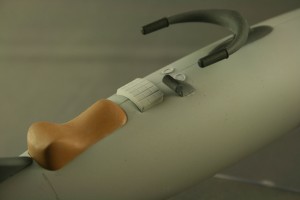 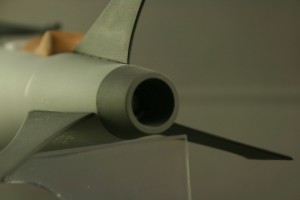 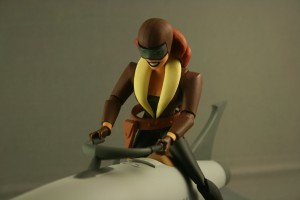 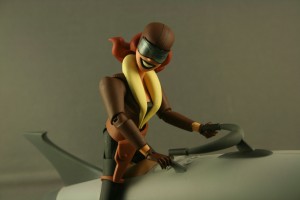 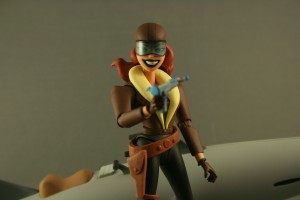 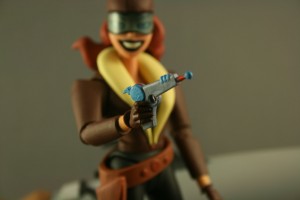 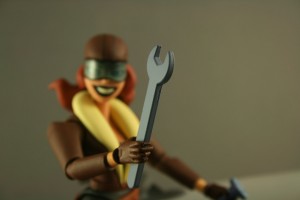 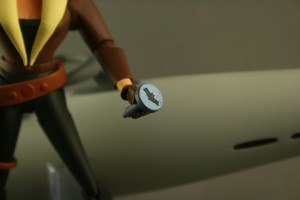 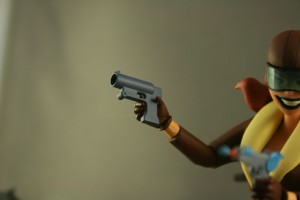 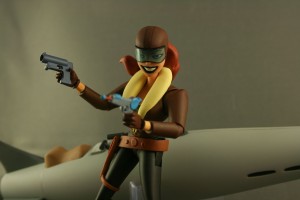