Rumor: Will There Be MORE #ForceFridays? 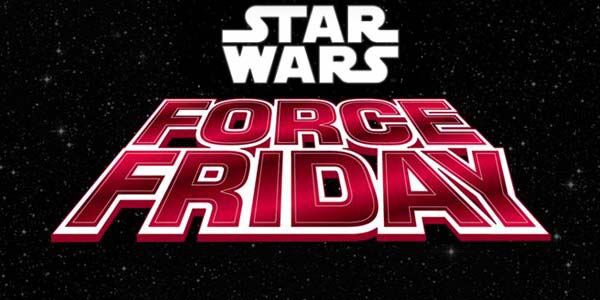 A new rumor hints that #ForceFriday wasn’t a one-time thing.

I don’t think there’s any denying that #ForceFriday was a huge hit for the many toy and collectibles companies working on Star Wars: The Force Awakens.  It’s weeks behind us, and many stores are still sporting empty shelves from the near-instant sell out of many products, especially Hasbro’s Black Series and 3.75″ basic figures.

That success adds some legitimacy to a new rumor posted by Jedi Temple Archives, that at least Hasbro– if not other license partners– are planning to continue #ForceFriday on a monthly basis, leading up to the theatrical release of The Force Awakens this December.  According to the report, the next key dates would be October 9th, followed by November 6th.  While I doubt many retailers would go into Midnight Madness mode that many subsequent months, the idea is new products would be rolled out at retail on these specific dates.  It would add up with the trickling out of Black Series 2, if their official release date was planned for two weeks from now.  And that would suggest the November date would probably see the release of Black Series 3, among other new products.

Right now, this is simply a rumor, based on Jedi Temple’s inside sources.  They’re a pretty legit site, and if this is true, I think it’s a really novel, multi-tiered approach to product distribution for a movie tie-in… a new format we’ve never seen before.  As long as it makes finding the newest Star Wars toys easy to do, I’m totally down.  What do you think of this rumor?  Are you ready for more #ForceFridays?