RZA Launches Tumblr For “Man With The Iron Fists” 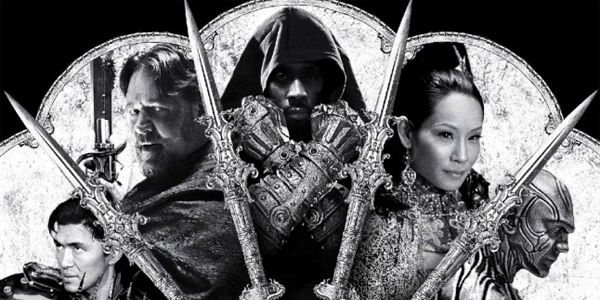 The RZA’s insane kung-fu movie is hitting theaters in less than a month, and the rapper/ director has just released a totally entertaining Tumblr that gives you all the details you need on his latest project.

The Man With The Iron Fists marks the directorial debut of the RZA, who, along with his Wu Tang cohorts has been a diehard Kung Fu fan for years. The movie promises lots of over-the-top action, classic larger than life warriors (played by the likes of Russell Crowe and Lucy Liu), and of course plenty of brutal kung-fu on display.

RZA’s new Tumblr collects everything you need to prepare for his big screen epic, including character bios, trailers and clips from the old school kung fu movies that inspired the rapper’s film and preview videos from the soundtrack, which drops October 23rd.

The best features are probably the animated .GIFs featuring scenes from RZA’s movie, complete with hilarious captions. The one below is titled “Oh shit homie, looks like your neck sprung a leak.”

The RZA himself speaks as well, in a series of videos where he describes his film and its characters in his own words. RZA not only has a way with words and a general passion for his subject matter, but he reveals some cool insight into how this movie is tied to his past as a rapper. That’s absolutely what’s going on in the video below, where he discusses modelling Russell Crowe’s character Jack Knife off of his former Wu Tang partner Ol Dirty bastard.

Check out RZA’s Iron Fists Tumblr now, and be entertained all day!