The S.H. Figuarts Batman You Will Love to Hate 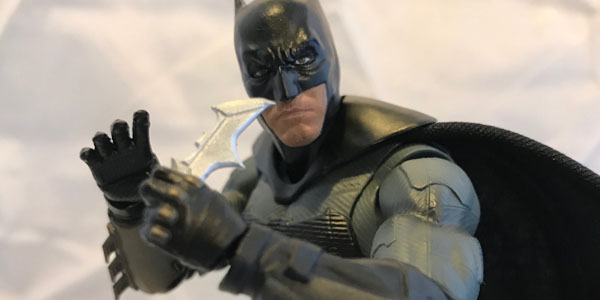 S.H. Figuarts tossed their name in the ring for the latest in DC Comics superhero action figures. The latest run is off of Novembers Justice League movie with Batman. 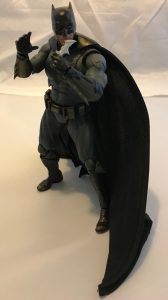 Batman’s prototype pictures had the interwebs and fans buzzing! S.H. Figuarts facial mapping was pretty close on this one with Ben Affleck’s likeness. It was a lot closer than the BvS figure from MAFEX. They nailed the bulkiness and the details of the Batsuit almost perfectly. We were given a cloth cape that up until this release was only on the Christian Bale The Dark Knight version. There are a few positives to this figure but two pretty big negatives which is why I titled this review the Batman you will love to hate.

The positives are as usual the paint application and the articulation. The attention to detail on the suit and the hands are impressive on this figure. The dry brush gold on the knuckles and the gauntlets really pop on Batman. Added with the multiple points of articulation that SHF is known for and this figure is pretty impressive with poses to recreate most scenes from the movie. However, that is where the positives end on this figure.

The two bug negatives on this are the scale and the cape. The cape is very awkward and only works in certain poses. there is a thin wire on the perimeter of the cape that allows some posing but it does not hold well, thus keeping most of the poses that pretty basic to make the cape look decent. The Dark Knight cape was FAR more superior and worked better. The big elephant in the room on this figure that will hurt it, in the long run, is the scale. This Batman figure is much shorter than the Injustice Batman and The Dark Knight versions released previously by SHF. It is almost 1/4 of an inch shorter than the others and a tad shorter than the MAFEX release as well. 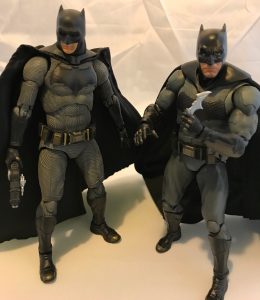 The scale really hurt this figure and the fans online have all voiced the same opinion. I still like this figure and would definitely rave more about it had they made it the same scale as the other versions. Wonder Woman has been released with Flash and Superman on the way later in 2018. 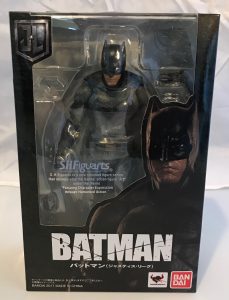 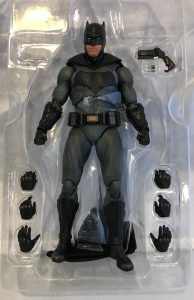 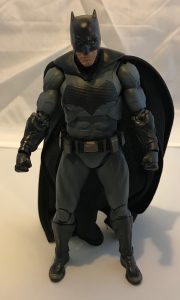 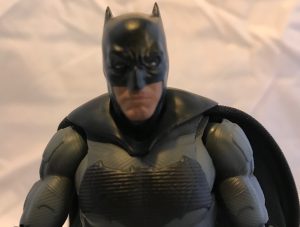 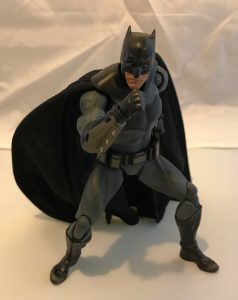 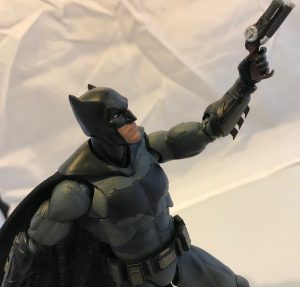 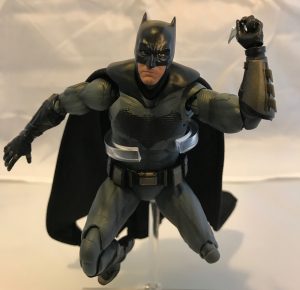