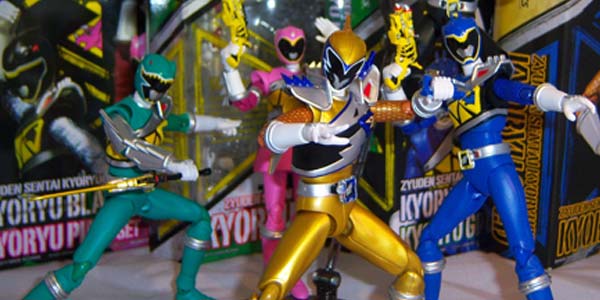 S.H. Figuarts has proved again how to handle a master toy license.

Japan has already witnessed what we in the States will see in 2015 from Saban Entertainment with Power Rangers Dino Charge. This collection from Bandai/Tamashii Nations features the five core rangers along with the sixth Gold Ranger. Released in 2013/2014 in Japan, these imports have become the hottest figures to own under the franchise banner. Red Ranger was released solo in the main market where as the Blue/Green, Pink/Black, and Gold were all released as Japan Web Exclusives. Unfortunately, this has raised the price on the secondary market SIGNIFICANTLY making them a tad harder to obtain. Red runs between $30-$40, Blue/Green is about $120-$140, Pink/Black is about $140-$180, and Gold is about $100-$120. The Pink/Black set has become a tad rarer to find on any secondary market thus the spike in price.

All the Rangers come with interchangeable hands and each (except for Gold) have a powered up right arm that can be changed out as well. Each come with a companion part to the Ultimate Power Weapon the Rangers use to combine to defeat evil along with their blasters that are also their morphers.

It took a lot of patience to obtain these because of the announcement that this is in fact the new series for the US version of the live action television series, the popularity has been through the roof. The figures are very fantastic, and no quality control issues that I could see from the ones I have. I did have a concern when swapping out the normal arm for the powered up arm, as it felt as if I may break it.

These are fantastic figures and I do recommend them if you are a collector… however, the price tag may deter most from buying these at the current moment. JQ give the S.H. Figuarts Kyoryu figs a 8.8/10. 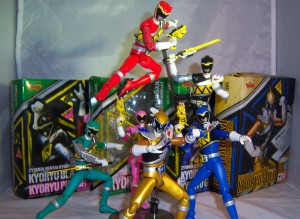 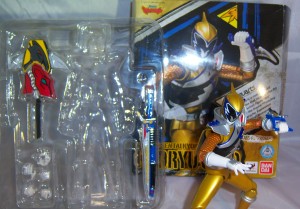 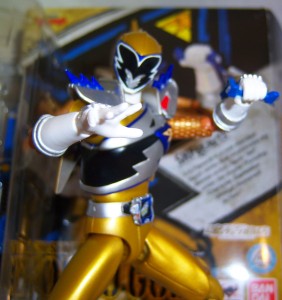