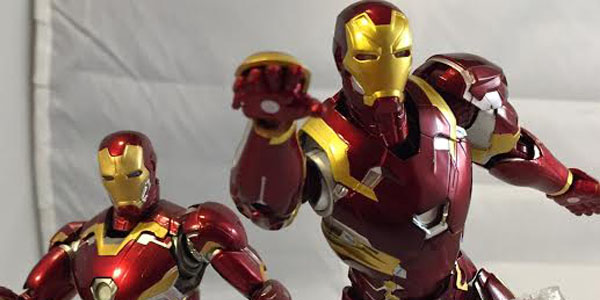 It is no secret that the popularity of the S.H. Figuarts line gets stronger and stronger with each release. With the Marvel license we have seen figures from the Avengers: Age of Ultron movie (with Black Widow due out in September/October), and Captain America: Civil War movie. Captain America was released in May, and now with Iron Man. Ant-Man is the next release due out in the end of July. Not known on the Tony Stark figure (due out in October) if it will be tagged along with one of the movies or not.

Iron Man looks amazing. The paint application, sculpt, and over all look is amazing. People said that this figure was very familiar to the Mark 45 armor but upon handling of the Mark 46 you can see the differences and they make the figure awesome. There are some details on the 45 that I wish stayed with the 46 but that is not an issue with the figure but with the design team for the movie. There are a few articulation flaws in this figure that I will talk about as well. Make now mistake the flaws do not take away from this figure at all.

Mark 46 is packed with three sets of extra hands, two blast effects, two hand stabilizer effects, and two jet blast effects that attach to each foot. Something that has not been on any other S.H. Figuarts item that I own was the warning label about the shoulder paint rub.  That concerned me but I am careful enough with my items not for it to be a major issue. The metallic look to this figure is not justified by pictures. You actually have to see this in hand to appreciate the beauty of this guy. Also having access to a few Tamashii Act.4 Stands doesn’t hurt when posing them on the shelves. 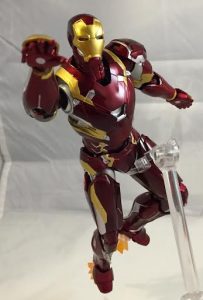 Articulation wise there is nothing that you cannot do with the Mark 46. There is an issue with the ankle articulation. It seems very stiff and possibly fragile if not worked in properly. Another thing that has bothered other people is the gap in the neck articulation however, I pose it in a way that you cannot really tell. You cannot deny that this line is strong and not going to die out, There are many figures to be made from all the Marvel movies so we can all hope as fans that they continue to make more and more heroes and villains from these fine movies! 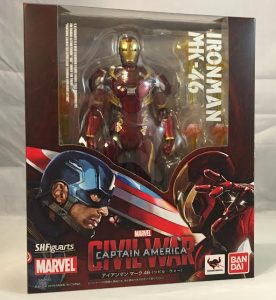 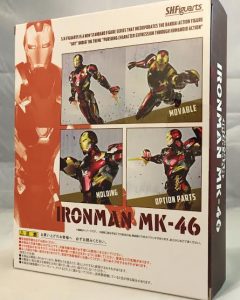 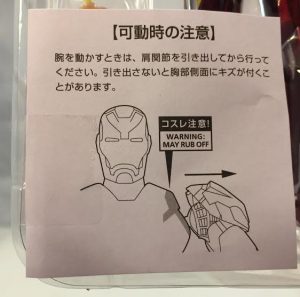 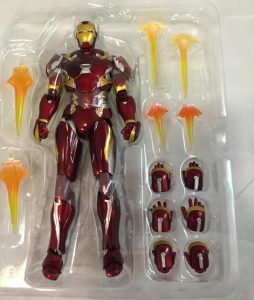 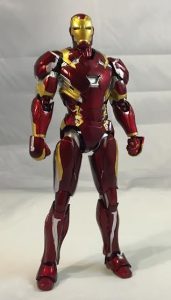 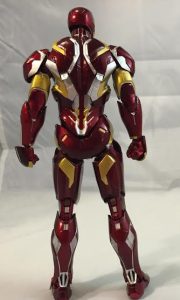 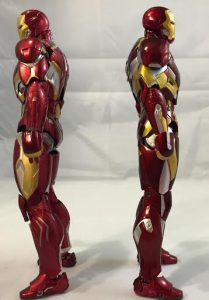 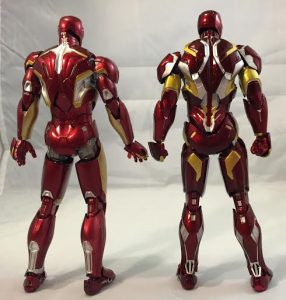 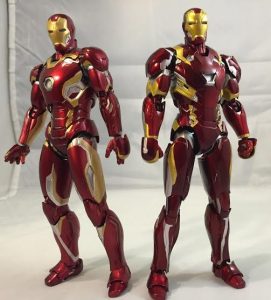 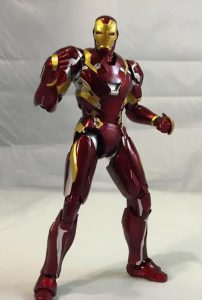 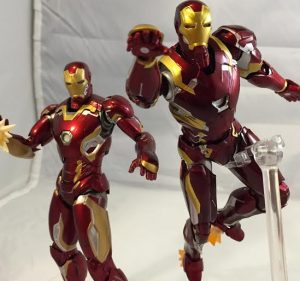 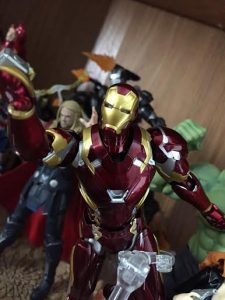 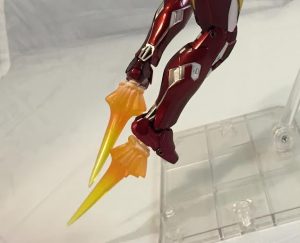