S.H. Figuarts Has a New Hope with Episode 4 Luke Skywalker 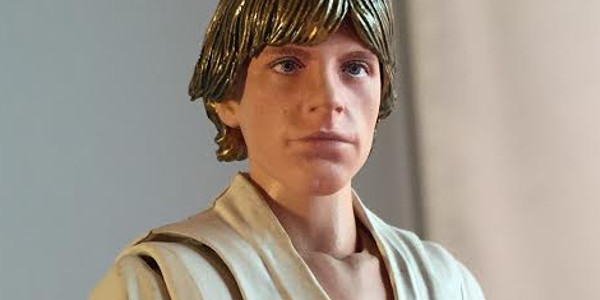 The Force is strong with the Star Wars action figure line from S.H. Figuarts as they shift gears back to the original trilogy with Episode 4 Luke Skywalker.

S.H. Figuarts has done a very good job giving us a mixture of figures from all across the Star Wars Saga. Most of the fan demand has been from the original trilogy and with the addition of Luke from A New Hope, that demand will only grow. To date we have Darth Vader, Luke from Episode 6, Storm Troopers, and a Biker Scout Trooper.

Luke comes packaged with many awesome accessories. In the box are two extra right hands, two extra left hands, a smiling face plate, pilot helmet with the blast shield down, lightsaber, lightsaber blade, and training droid with blast effect. That is a lot of bang for your buck in one package.

The detail is fantastic on this figure. They really nailed the likeness of Mark Hamill on this figure. The smiling face plate is a tad creepy for my taste but looks good when you put it under the helmet for training. The training droid attaches to the lightsaber blade by sliding it down to the desired position. This makes for some awesome recreations of that scene in the movie.

The problem I had with this figure was finding what pose I wanted to keep him in. This figure is not only iconic, but there are endless possibilities to have him in on your shelf. If you are new to the Figuarts game recreating the poses you see on the box or from people online gets a  tad frustrating. My advice to you is practice practice practice.

Paint on this figure is perfect with no defects on mine at all. The helmet is weathered and has some great line work. Luke’s belt has many details that you just would never get on a Hasbro Black Series figure, but again that is like comparing apples to watermelons.

JQ gives this figure a solid 8.5/10 due to the accessories and fantastic final product on this figure!! 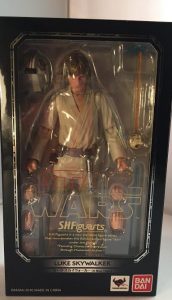 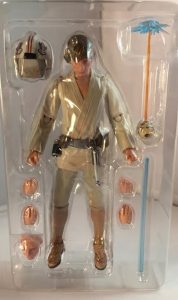 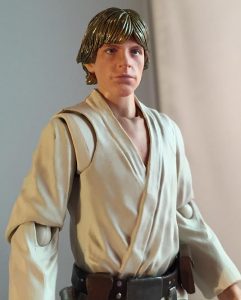 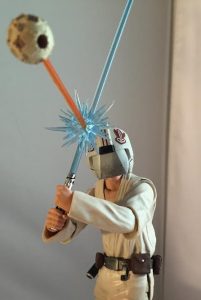 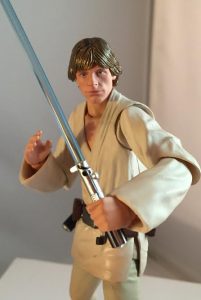 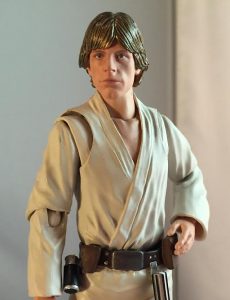 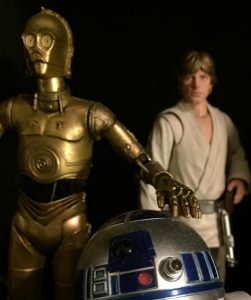