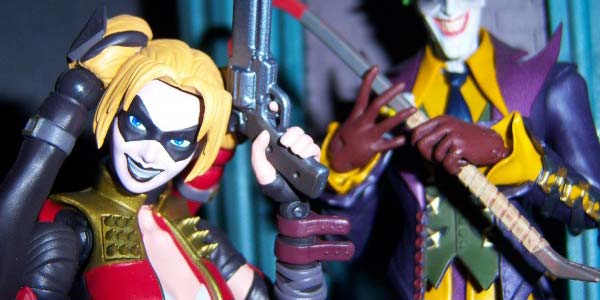 Just when I thought that I could not be any more impressed with these imports, S.H. Figuarts goes and hits another grand slam!

S.H. Figuarts added to the DC Injustice line with Harley Quinn. Already in this line are Batman and Joker, with Superman coming out later this year. I can only hope that with all the beautiful molds that they have over at Tamashi Nations, we may see some figure announcements at this year’s Comic Con.

As soon as I opened this figure I was in love. The paint applications, the near unlimited posing, and the sheer awesomeness of her made it hard not to. Harley comes with 4 changeable right hands, 3 left hands, 2 face plates (more on that later), 2 die-cast (yes, I said die-cast) guns, her signature hammer, and a Joker card. The figure is SUPER articulated like all Figuarts are. Even her pony tails are poseable.

Harley takes a nod from the Dragon Ball Z figures, that Tamashi Nations also produce, with the removable and changeable face plates. The body mold that they used was perfect in my opinion. Some argued that it was not built enough up top (if you catch my drift) but I have to argue that this was in fact the best choice for her design.  There are almost too many details on this figure to take in– her tattoos (GASP! No, not Harley with tats), the knives on her side, the different boots, her spurs, the spikes on her jacket, and even the expressions on her face plates were detailed to perfection.

Like all S.H. Figuarts toys, Harley is designed for the adult collector ages 15 years and up. This is due to all the small parts that will be a choking hazard to smaller children.

Harley alone will look amazing on the shelf, but paired up with her main man Mista J is too uncanny not to demand your attention! JQ gives this figure a 9.2/10. 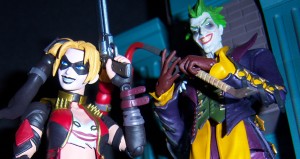 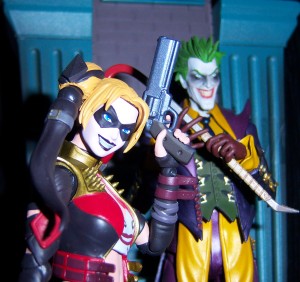 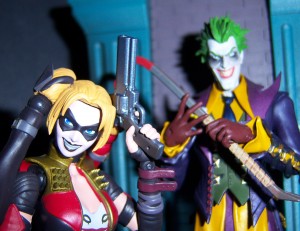 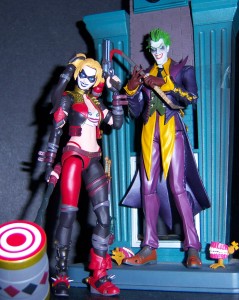 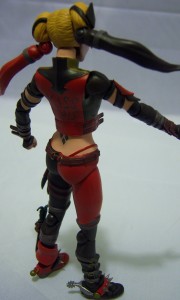 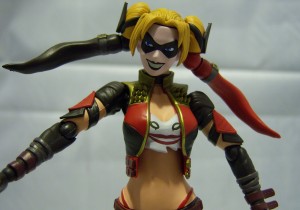 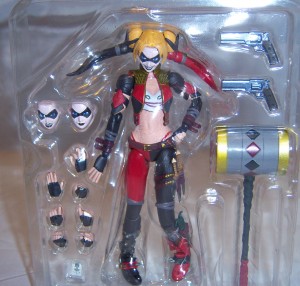 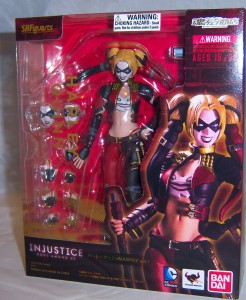