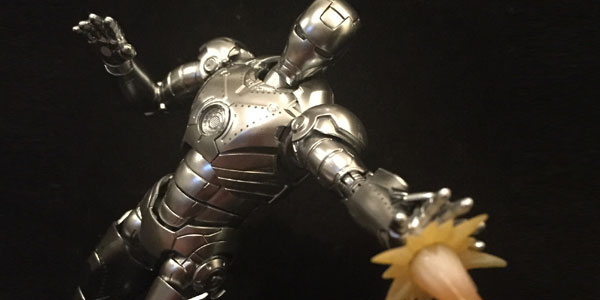 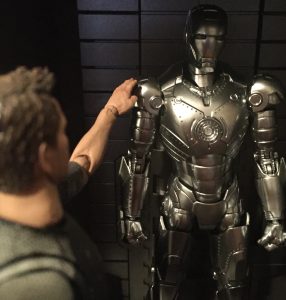 Mark VI started the trend of Hall of Armor parts included with Figuarts’ figures, with Mark V from Iron-Man 2 coming soon, along with Mark II, who is an exciting addition to the Figuarts collection because up until now only Revoltech has released this armor. The box is huge, to fit the Hall of Armor piece with a black and silver color scheme, and a back that gives us a glimpse of the rest of the armors in the hall.

The Mark II is Tony’s attempt at a suit after his escape from his captors in the first film, and it features a silver chrome-like deco that has rivets and streamlined detail. The team at Bandai/Tamashii really took all the detail into account when producing this figure… from head to toe, the Mark II is jaw-dropping. The chest piece on the figure has the rivets painted on as opposed to the Revoltech’s lightly sculpted pieces to add texture. The paint work here is able to give the illusion of texture with the paint alone.

Packed in the box, the figure includes three extra sets of hands, back stabilizers for flight poses, feet and hand effects for flight, and hand effects for weapons. The hands swap out with ease, and there is a small part of the knuckle that serves as a wrist guard that pops on and off each hand. This part can be easily lost, so take caution when swapping the hands. I wish S.H. Figuarts would pack in stands like Figma and MAFEX do with their figures, because Iron-Man’s flight poses are a staple with the character. 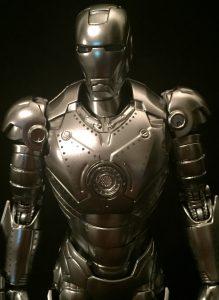 Most recent Iron-Man figures have been packed with a disclaimer about the shoulder joint rubbing paint off, but this was not the case here as this figure is all chromed out. I expected more diecast with this one seeing that its all sliver, but the diecast is only in the feet and calves. This is neat since the heavier metal feet help the figure stand better, but make the flight poses on a stand (sold separately) difficult. Standing the figure in the Hall of Armor is simple. As long as your shelves are level he will stay upright without any trouble. The Hall of Armor does require some AAA batteries to make it light up.

JQ gives the Mark II armor a 9 out of 10. I have been waiting patiently for S.H. Figuarts to come out with this and the wait was well worth it. 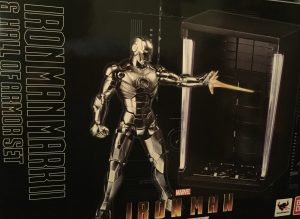 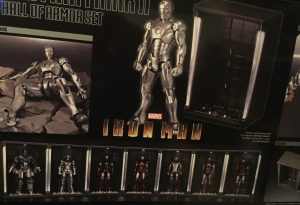 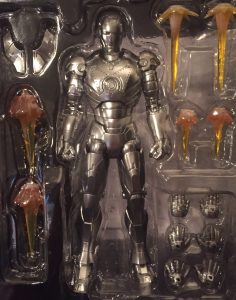 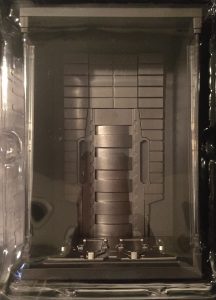 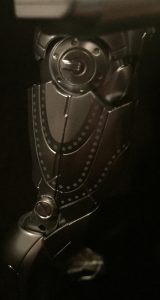 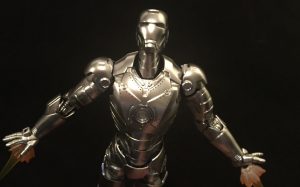 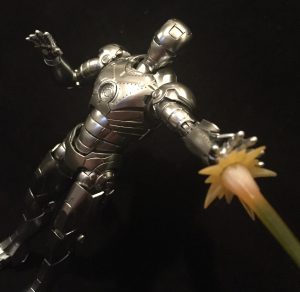 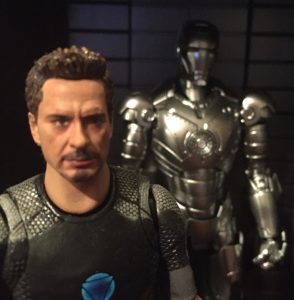