S.H. Figuarts Mikey and Raph Are Here to Kick Some Shell 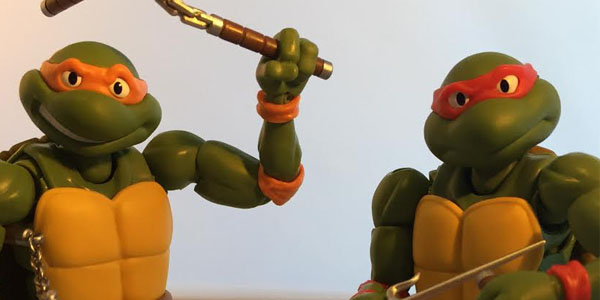 The Heroes in a Half Shell are now complete as Bandai/Tamashii Nations release Mikey and Raph to complete the core team of Teenage Mutant Ninja Turtles. 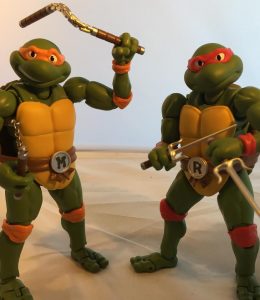 In August of 2016, we got our hands on Leonardo and Donatello to wet our appetites for S.H. Figuarts versions of the Teenage Mutant Ninja Turtles. We saw vast improvements on what the Revoltech figures offered, and these are based on the more iconic look from the first television show with die-cast parts.

Raphael and Michaelangelo share the same articulation as Leonardo and Donatello. The body is the same for all four turtles and offer the same removable parts. The diecast in the legs and the soft plastic on the front make for some awesome poses for your shelf. All four turtles have a removable part on the back of the shell for a part to place their weapons. This feature was awesome for the turtles except for Raphael. In the original cartoon, he carried his sai’s in front of his belt. Now I understand that this would mean a retool of the buck and to save cost they opted to keep it in the back. Does it make the figure less desirable? No, because when you see all four together you will feel a certain nostalgia from your childhood.

The accessories we get with Mikey and Raph are excellent. I LOVE the fact that they gave Mikey the grappling hook that he used so much in the original TV show. They tossed in a few of the daggers that the original figures had in the 90’s with Raph. The extra hands make for endless interaction when you have all four together. I saw no paint flaws on Mikey but with Raphael one of the heads suffered from derpy eyes. 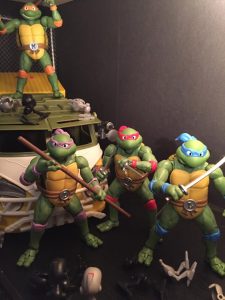 What does the future hold for this line? Well, we saw a Shredder teased at a convention and rumors of a Splinter are also in the wind. I am stoked that Bandai/Tamashii Nations gave us these figures and I hope we see at least a few more to add to the stable. All for turtles should be available on the secondary market for about $60-70 or you can contact your local comic shop to check with their Diamond Comics representative. 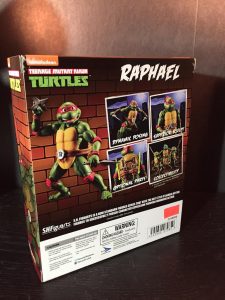 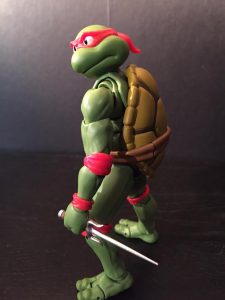 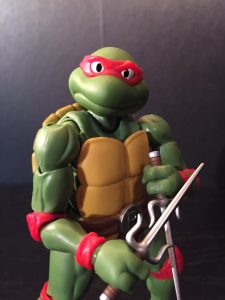 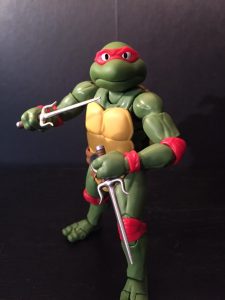 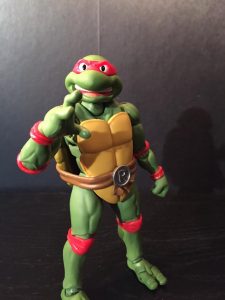 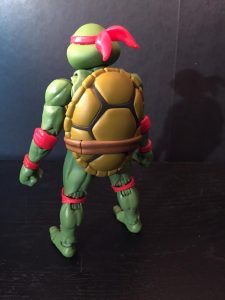 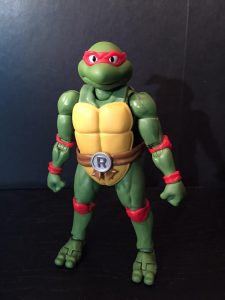 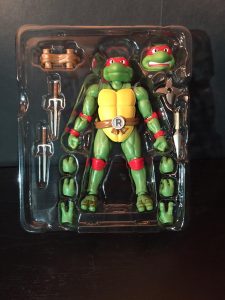 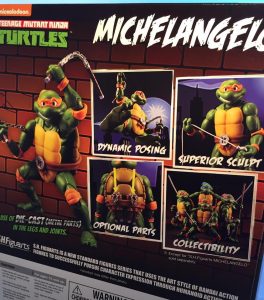 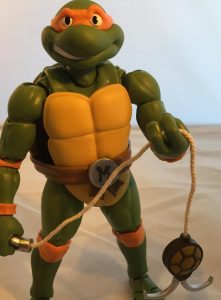 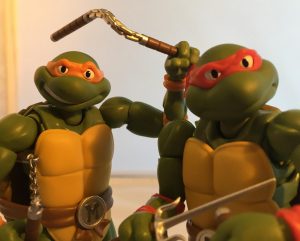 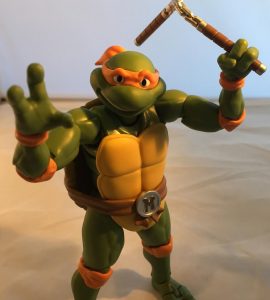 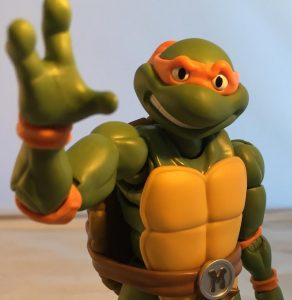 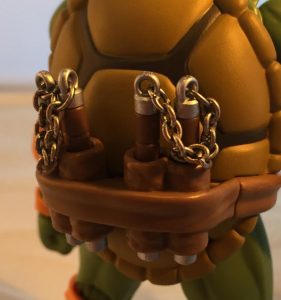 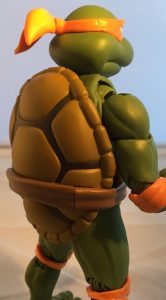 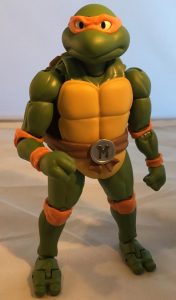 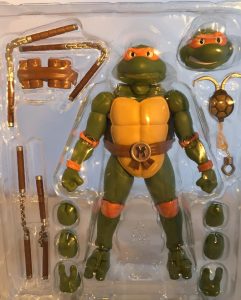 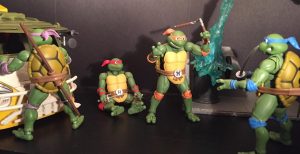