S.H.Figuarts Rocks Out with Freddie Mercury 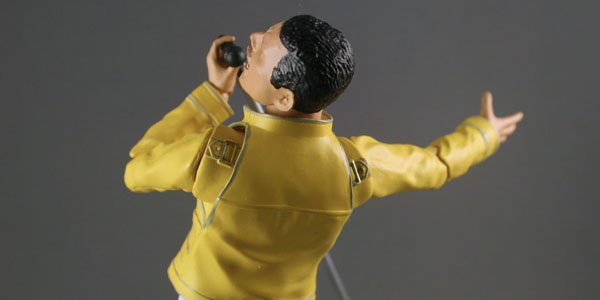 S.H. Figuarts has been known to knock it out of the park when it comes to their product. Freddie Mercury, iconic front man to the band Queen, gets his royal treatment in action figure form.

Words cannot describe what Freddie was and still is to music. Even though he has passed the music of the band Queen lives on in stadiums, karaoke bars, TV shows, movies, and much more. After the fantastically done Micheal Jackson S.H. Figuart that was done last year, many people speculated who would be next to be honored in plastic form. When Freddie was shown at the Conventions and Toy Shows it got good reviews. 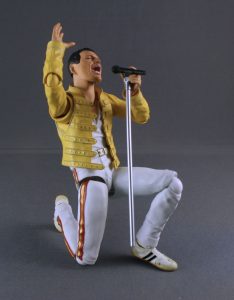 The company decided to use the iconic yellow jacket and white pants from the “Live at Wembley Stadium” show. This tour was the final tour of the band with Freddie. The detail on the jacket is amazing. The lines painted on the jacket is done with such precise strokes it is very hard to believe it was done by human hands. Included in the box are two alternate heads, three types of left and right hands, a half mic stand, and a microphone.

With all of the Figuarts brand the articulation is what makes these figures stand out. The poseability with this figure is literally endless. Watch a video of Freddie’s performance of this show and you can make this figure do any of the poses. My favorite is the most memorable of them all– mic stand on the ground and his right arm fist pumped in the air. This is one figure that I will have to change up the poses from time to time as he is not meant to stay in a static vanilla pose.

This figure will cost you about $45-$60 on the web depending on where you find it. And in this reviewers opinion he is worth every dang penny. Search for him as well at your local comic shop thanks to Blue Fin Distributors.

S.H. Figuarts can sing “We Are the Champions” with this figure. Great homage to the legendary rock star, nice value, amazing poses, and great accessories! With so many music icons that have passed away the list is limitless for who S.H. Figuarts can do next. A lot of people are begging for a Prince from his “Purple Rain” movie. (FINGERS ARE CROSSED) 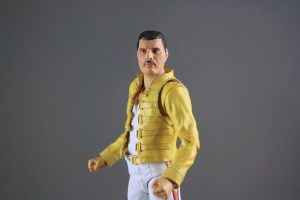 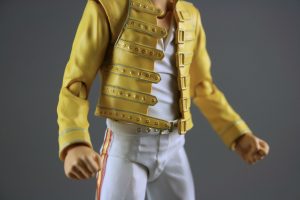 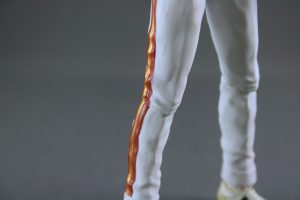 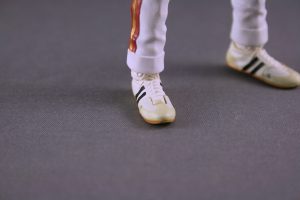 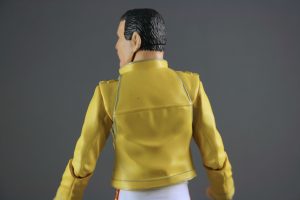 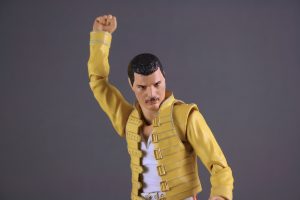 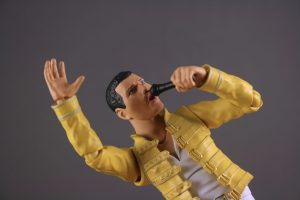 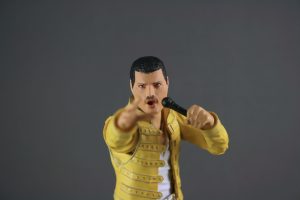 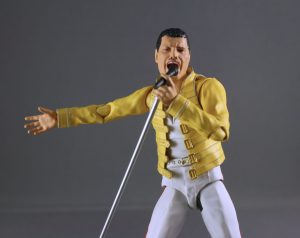 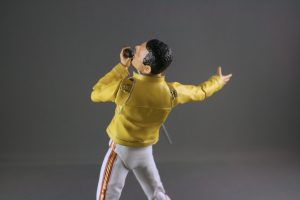 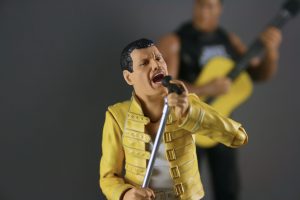 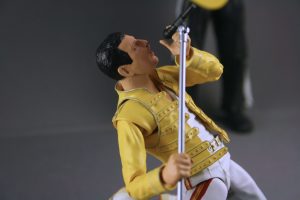 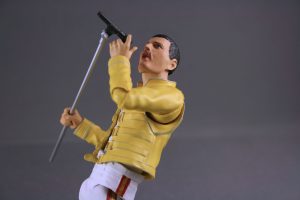 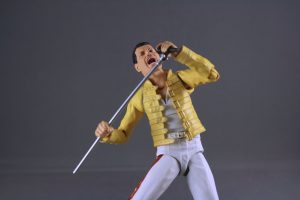 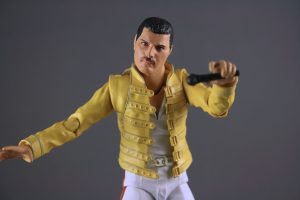 Thank you to Bluefin for this figure for review