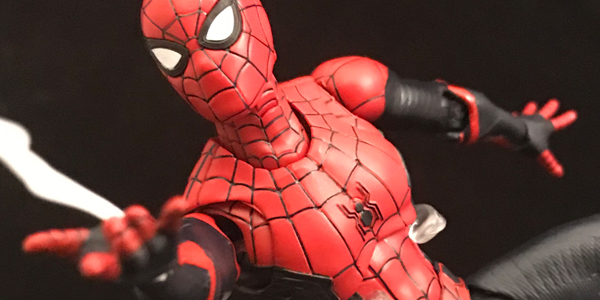 Let us for a second put aside how we feel about the current events regarding Spider-man in the MCU and take a look at Figuarts newest addition to Marvel arsenal.

One of the coolest parts in the Far From Home movie was towards the end when Peter built his own suit. How and why I will not spoil for those who may have NOT seen the movie yet. This suit was custom made and had some amazing additions. Naturally, it was an easy suit to add to the MCU Figuarts collection.

This suit retains the classic red under the webbing look on the suit but instead of the classic blue Peter went with a nice black (or deep navy if you like to second guess colors). Another nice addition to the suit is the white spider emblem on the back which is probably a nod to the PS4 game. 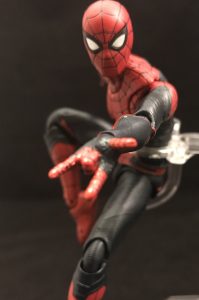 Paint applications are pretty solid here. There is a very nice metallic pearl white on the eyes. The black on the suit is deep and shows all the detail of the webbing on top of the red. The trademark stamp on the back of the figure could have been hidden better but I guess with all the knock offs that have been coming out within the secondary market Tamashii Nations wanted to ensure you knew the real thing.

Articulation is again second to none as Spider-man can do anything a spider can! With past Spider-man figures, you tend to be a tad cautious as every figure no matter the articulation has a breaking point. This upgrade suit has added articulation near the rear of the figure that lets the legs have more range of motion. The upgrade suit is a bit heavier than its predecessors which made posing without the figure stand more difficult than before.

I also received the Tamashi Stage act.4 Humaniod stand. Each box contains two stands. I recommend this additional purchase with any S.H.Figuarts figure that you want to pose in any dynamic non-vanilla pose.

This figure as cool as it looks is not bad, but it is not a MUST have if you have the other versions of the character. The figure gets a solid 9 out of 10 because it is a very well rounded piece. It only gets a 6 out of 10 for  WOW factor. 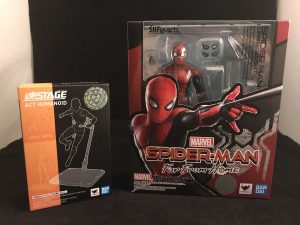 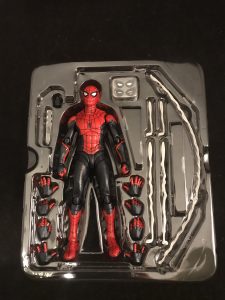 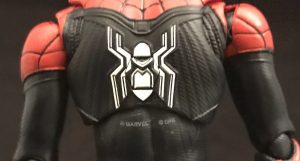 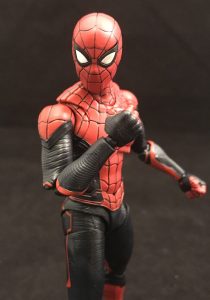 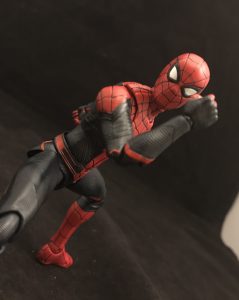 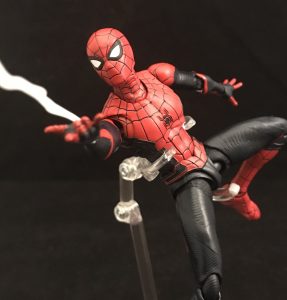 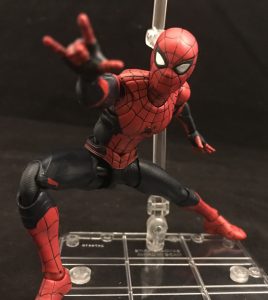 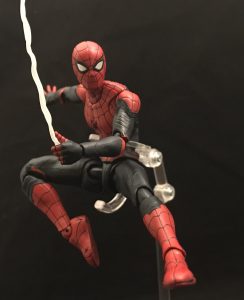 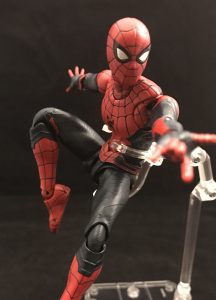