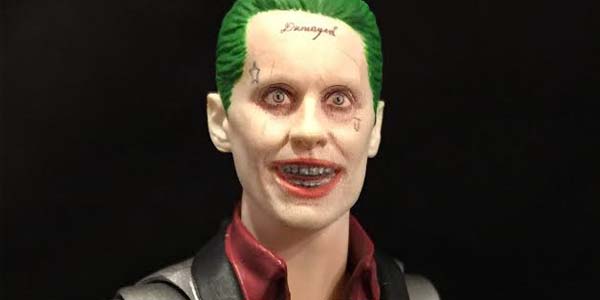 S.H. Figuarts has released their version of the Joker from Suicide Squad in his silver tuxedo.

As a HUGE fan of the S.H. Figuarts line of action figures I cannot but feel slightly disappointed with this release. Other properties seem to get stellar treatment but the latest installment of the Joker seems to have missed the mark. Maybe I am being too picky but when spending $50 plus dollars for an action figure we should have a superb product. This figure is not a bad one, but it seems to be lacking that magic that makes S.H. Figuarts special.

The figure comes packed with an alternate mopey looking head sculpt (we will get back to that one in a second), two fisted hands, two hands to hold the guns, and two guns. There was not much more S.H. Figuarts could have packed in with this figure. Unless they take a page out of MAFEX’s playbook and added some accessories for the S.H. Figuarts Harley Quinn.

Joker has a fantastic sculpt with a pretty decent paint job. The two bracelets make changing the hands a pain, but they look fantastic and the detail on each skull can be seen. Posing this figure there really is not much more you can do, which is another one of my gripes. If you put the arms out too much something looks off on this figure. The only way it looks good is in a very vanilla pose, and I don’t buy these import figures for vanilla poses. The paint on the mopey head does not capture Jared Leto’s likeness well at all. The box art is pretty impressive and stands out. 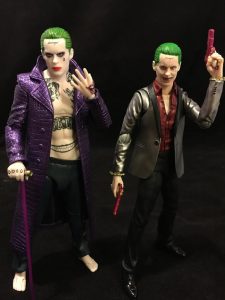 All in all this figure was my first dislike from the Figuarts brand. Comparing the MAFEX with the S.H. Figuarts version is usually a win for Figuarts, but in this case, MAFEX may have pulled ahead when it comes to this property. JQ gives the S.H. Figuarts Suicide Squad Suited Joker a 5/10. 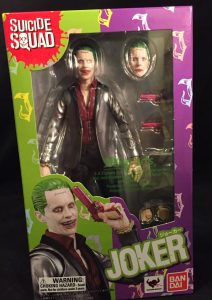 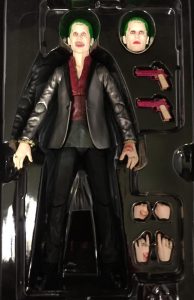 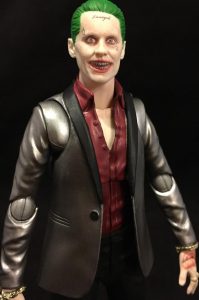 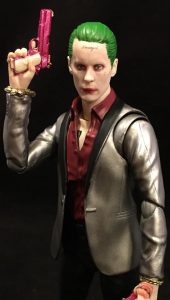 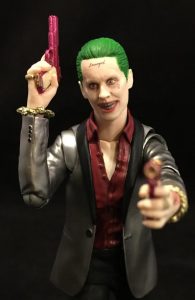