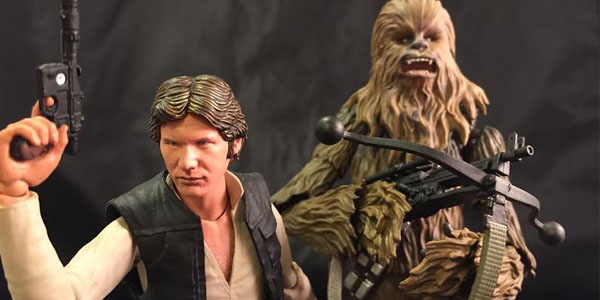 If you have been collecting the S.H. Figuarts Stars Wars line then you know how amazing these figures are. Chewbacca is no exception as he continues to show why this line is flourishing. 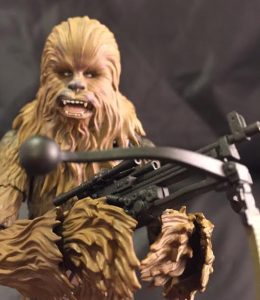 When Chewbacca was announced fans lit up with excitement. Having the crew of the Millenium Falcon in S.H. Figuarts scale was something fans have wanted for a long time. Out of the package, this figure is simply amazing. The details of the fur and coloring are what you expect from this brand. They do not disappoint at all with the articulation either.

Chewbacca is MUCH shorter than its Black Series counterpart but is taller than the S.H. Figuarts so there is a silver lining there. The color scheme used looks much more accurate and realistic than the Black Series. I know it is unfair to compare the two but some people tend to think since the Black Series is cheaper and (at times) more readily available that it is okay to skip on the import figures.

Chewbacca is packed with an extra set of hands with the palms open, a face plate with the mouth open, and his signature Bowcaster with a hand molded on. This feature was impressive in my opinion due to how difficult it can be to get the weapons on some of these figures. Now with this cool feature is also a small con, the fact that you have the hand molded on the weapon makes it only used for when he is holding it and not having the weapon on his shoulder using the strap. Another small design flaw is the back of the knees. They look kinda bad when the figure is standing up, but are hidden well when you put Chewy in a crouched or kneeling pose. 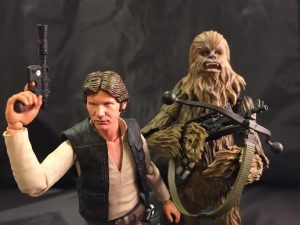 The total construction of this figure is a win. As I mentioned earlier with the paint schemes Chewbacca is flawless. Paint on the eyes, mouth, and accessories have no errors or defects at all. They could have gone a step further and tried to add a flocking effect on him, but that would be taking it a big leap forward.

JQ gives this figure a solid 9 out of 10!  Seek out this figure on the import sites for your collection, you will not be disappointed. 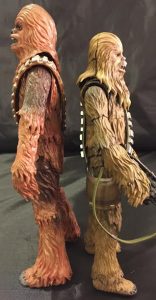 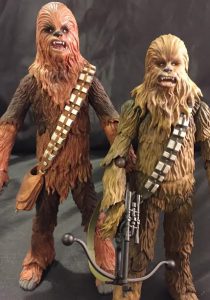 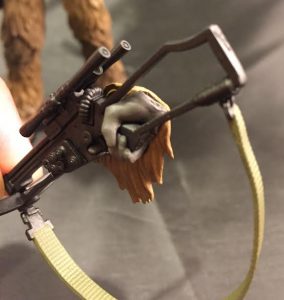 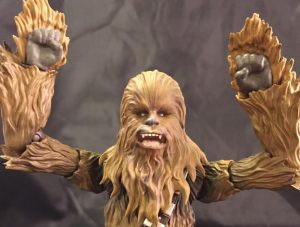 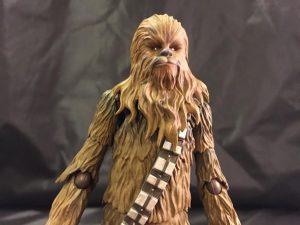 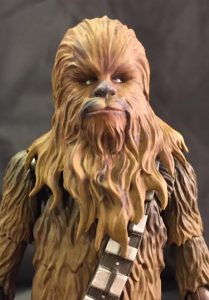 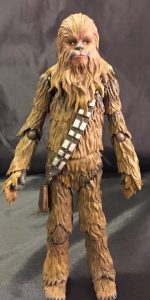 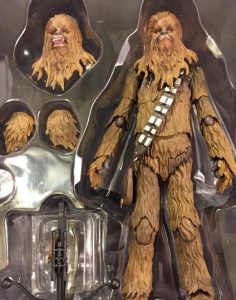 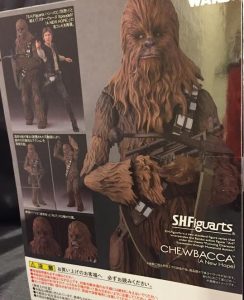