To celebrate the release of its new Mighty Morphin Power Rangers comic, award-winning publisher BOOM! Studios has teamed up with Nucleus and Saban Brands for the Power Rangers Official Tribute Exhibition.

For this unique fan event, Nucleus will be curating brand-new tribute art work along with rarely seen production art from the original TV show. The exhibit will run at Gallery Nucleus January 16 – January 31, 2016.

A reception open to all fans will be held on the evening of January 16th, featuring: 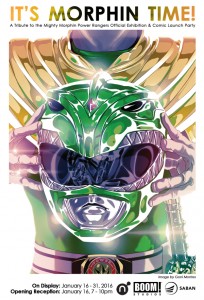 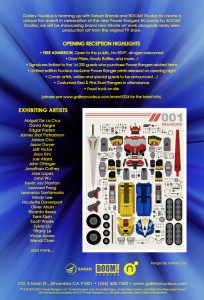