Saint Walker Adds To The Rainbow Lanterns’ Cause 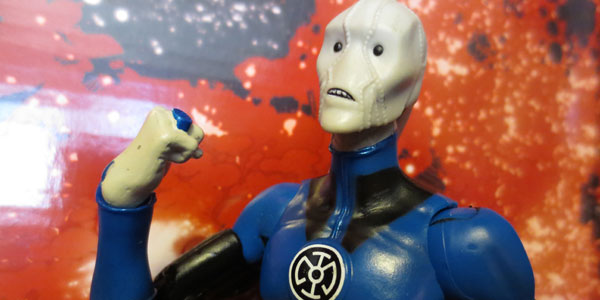 Year Two of Mattel’s DC Club Infinite Earths kicks off with the leader of the Blue Lantern Corps.

Saint Walker, the Blue Lantern has seen a few toys in the past, but this new figure is Mattel’s first 6″ take on the hero.  He’s not a bad addition to the collection, especially for fans of the modern Green Lantern series, but much like last year’s Atrocitus he suffers from a bit too much part sharing. 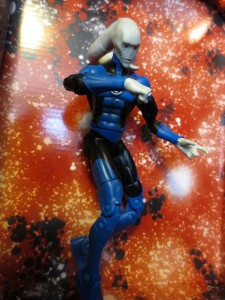 Saint Walker uses the thin body rolled into the final waves of DC Universe Classics on figures like Toyman, and the think buck works alright for the alien hero.  Some aspects are great, such as the improved articulation with nice double jointed knees and elbows, and hinged wrists (which help greatly in ring poses).  Walker also get a new head which is a great take on his comic book appearance, with subtle details etched into his white face and the tentacle on the back of his head which does little to impact his balance.  I do with the tendril had been bendable, instead of its solid sculpt, perpetually wavy behind the hero’s head.  The Blue Lantern includes his lantern, which he can (sort of) hold in his open hand, and he features a very nice blue paint job that matches his fellow Blue Lanterns like Flash and Kyle Rayner.

The big downside here is the buck use– while the thin body was the best to approximate the lanky alien, his on-page looks is impossibly lanky, so the figure is much bulkier and more muscular than he should be.  DC Direct’s take on the character looked much better, with the benefit of an all-new sculpt to better capture his alien proportions, however that figure suffered from typically terrible DC Direct articulation.  The increased posability of the Mattel Walker is a total plus, and I like the Four Horsemen’s take on his alien face much better, personally.  But the recycled body really doesn’t jibe with the character, and the resulting figure looks more vanilla than he should because of it.

I know it gets tricky to mix parts between lines, especially licensed properties, but I wish Mattel had found a way to use the Avatar Movie Masters as a base buck here, as their gangly, stretched proportions are so much closer to Saint Walker.  As it is, the nice paint job, great portrait and ample articulation make Mattel’s Saint Walker a decent figure, and one that’s integral to any modern Green Lantern fan. 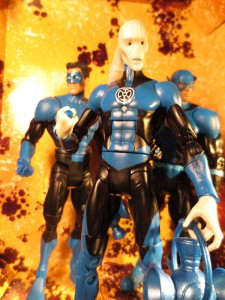 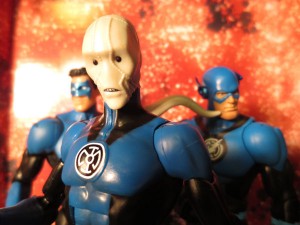 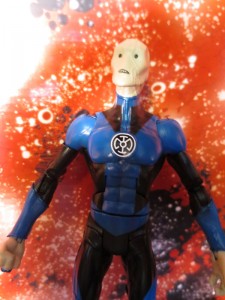 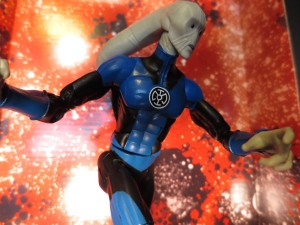 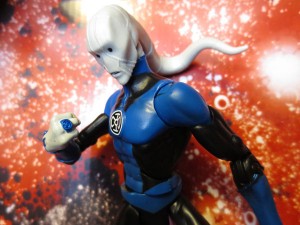 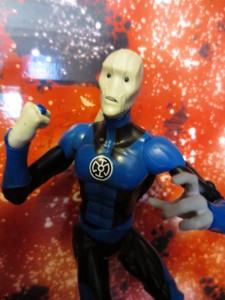 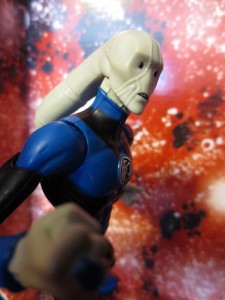 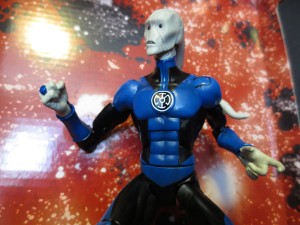 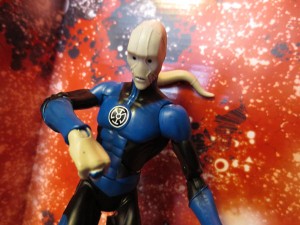 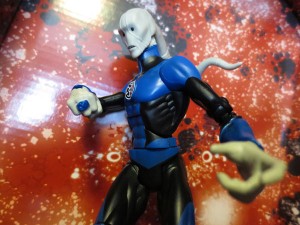 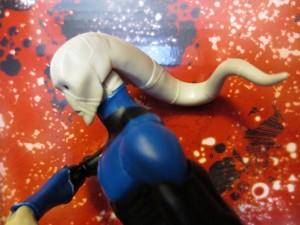 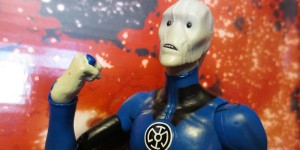