Get ready for another blast from the past! The response to DST’s new Marvel Retro line has been overwhelming, as fans of classic Mego toys and classic Marvel characters have been incredibly supportive of each new announcement, as well as the line’s first release, Spider-Man. Now, DST is proud to announce that the second Marvel Retro gift set, featuring Captain America, is in comic shops and specialty stores starting today!
Designed and sculpted by EMCE Toys, this reproduction of the vintage Captain America figure comes packaged inside a reproduction window box, alongside two alternate heads, two all-new costumes and a variety of accessories. Dress your vintage Cap figure up as either World War II soldier Steve Rogers or a more realistic version of Captain America! Or mix and match parts to create the ultimate Cap!

The set comes packaged in a deluxe gift tray, and all parts are removable and replaceable – simply remove the costume holders and slice three sides of the plastic enclosure to free all the pieces! 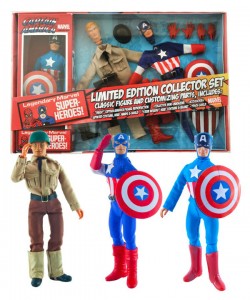 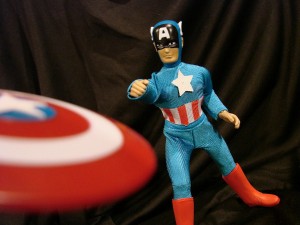 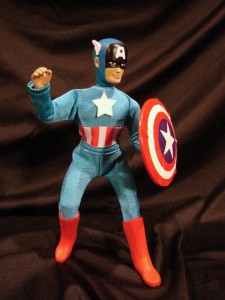 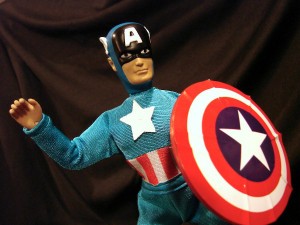 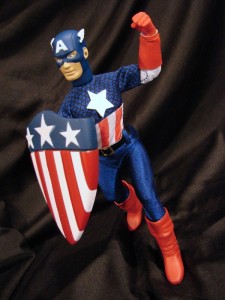 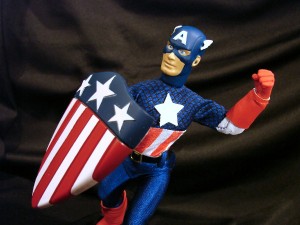 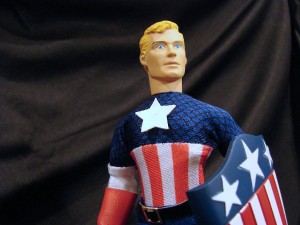 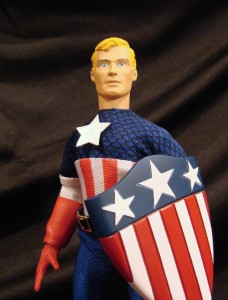 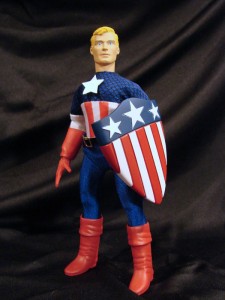 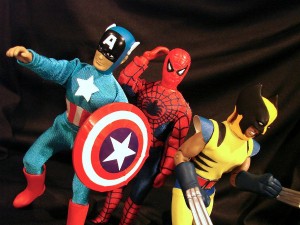 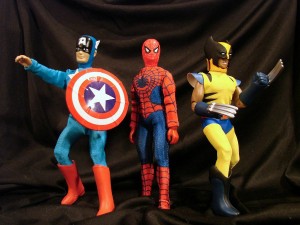 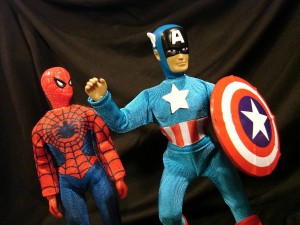 Find your nearest comic shop at ComicShopLocator.com, and pre-order the next Marvel Retro set, featuring Wolverine!