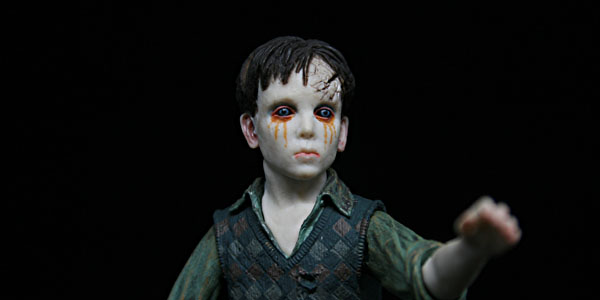 One of the most low key awesome reveals at Toy Fair earlier this year was NECA’s Guillermo Del Toro Collection, a line of action figures based on the legendary director’s original characters across films like The Devil’s Backbone and Pan’s Labyrinth, all the way up to The Shape Of Water. Being a collection of fantastical and horrific creatures, critters, and characters, the size and shape of each release varies so each figure fits in a standard 7″ scale, and NECA ingeniously offsets this by including larger diorama pieces with smaller figures, like the debut figure in the line, Santi.

The ghost boy from Devil’s Backbone was one of the earliest GDT creations to grace the big screen, so he seems like a great candidate to kick off this toy line. He’s very well sculpted, from the tattered shorts and sweater vest Santi wears to the solid portrait of Junio Valverde buried beneath his ghoulish complexion. To fit this scale, Santi stands just over 4″ tall, yet he includes a great range of articulation, including a ball joint neck, a completely masked ab joint, and multiple points of articulation in his arms and legs. The figure can easily strike a number of iconic poses from the movie, and this is enhanced by Santi’s elaborate display base. 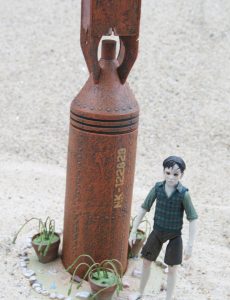 The base features the bomb, buried in the sand. Both the weapon and the sand are immaculately sculpted and painted, with the detail on the bomb being particularly excellent. It’s tough to make rust and weathering look truly realistic when sculpted and cast in plastic, but this piece captures the look and feel perfectly. Despite a lack of foot pegs, Santi can stand very well on the base, and the figure and diorama make for a great display piece.

Similarly appealing is the gorgeous box art by Guy Davis. The stark use of blacks, reds, and yellow text is very in-line with Del Toro’s style, and Davis’ illustrations are a great fit. The window box– complete with a matte finish and a spot on the spine designating Santi as #1 in the Collection– is so sleek and stylish it has earned a spot on my shelf alongside the figure itself.

There’s a lot more to look forward to from NECA’s Guillermo Del Toro Collection, which will see consistent one-off releases in the coming months. Next up NECA is moving on to my favorite GDT film, Pan’s Labyrinth, with figures based on the Pale Man, The Faun, and Ofelia, before they get to the Fish Man from Shape Of Water. I can’t wait to collect them all! 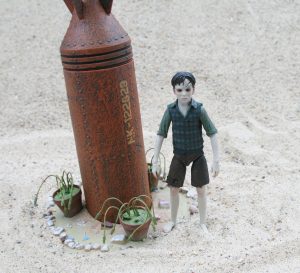 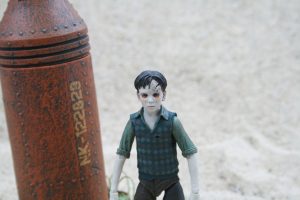 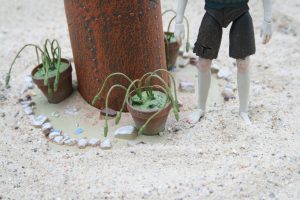 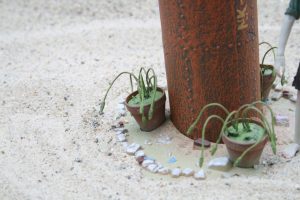 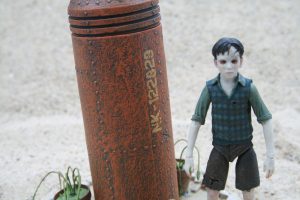 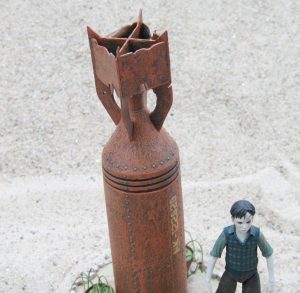 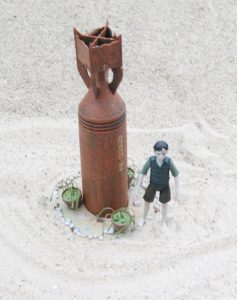 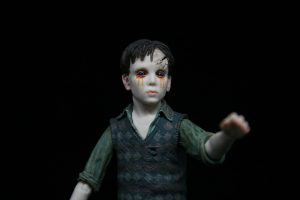 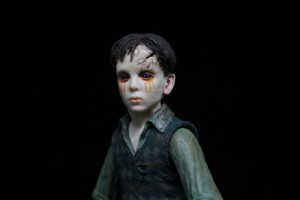 Thanks to NECA for providing this review sample. You can purchase Santi now at specialty retailers everywhere, or direct from NECA via their eBay store.