The Scarecrow Makes A Special Delivery 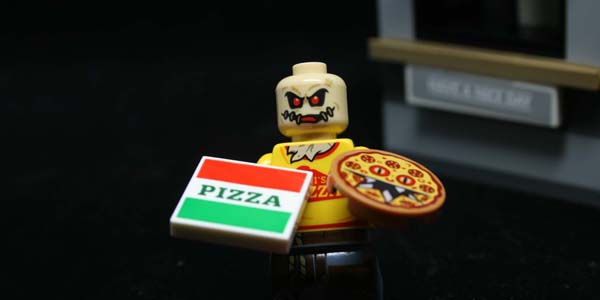 The final set in the mini diorama brings the Scarecrow the the Gotham Electric Plant. Scarecrow Special Delivery is just enough to add to the LEGO Batman Movie theme.

The front end of the set includes a guard gate to the energy plant. The one thing about the build is the lack of yellow caution tape on both sides of the bar. If you have seen these gates in real life they should be two sided, but in this case it only faces one way, and it looks weird if you look at it like the oncoming vehicle. The other build in this set is the pizza van for Scarecrow, it’s a small build but very fun. The sides pop out to reveal a poison gas trap for the guard. The only thing that would make this better is if this mini-truck could hold the upcoming mini-helicopter that he rides in the movie.

The Scarecrow minifigure does not share parts with the two most recent versions, but will share with the figure in full costume on June 1st. There is also another Batman, nothing special here, but the guard is different than the Freeze set adding to the civilians for your DC world of LEGO.

Overall this is a fun set, and worth tracking down. I was worried this would be a second in the actual film, but the car gets a bit of screen time, so it is not a wasted set. For those of you look for this set is is only at Wal-mart and thankfully they are selling it way below MSRP, so get it before they wise up and finish your diorama. 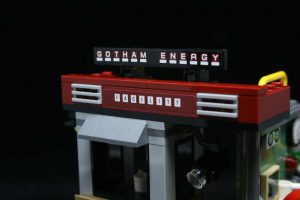 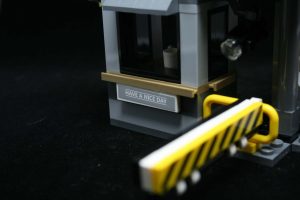 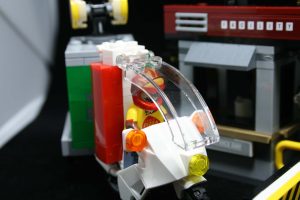 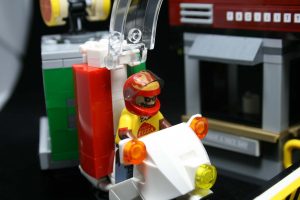 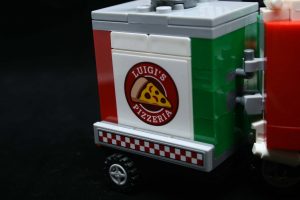 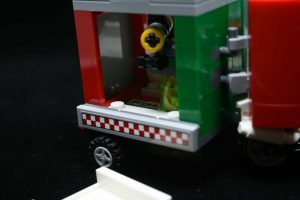 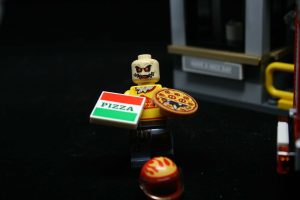 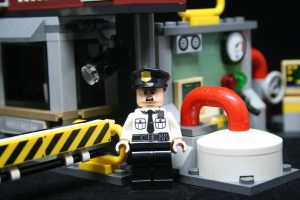