Scarlet Witch & Quicksilver Get Their Own Avengers Posters 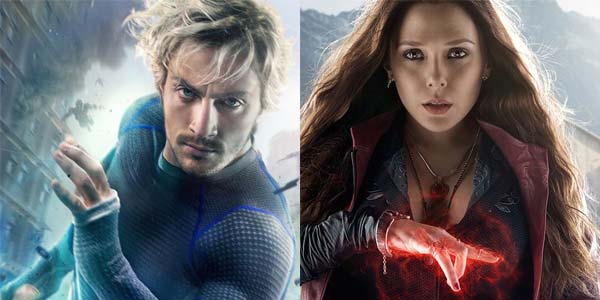 The Avengers’ new recruits (?) join in the one-sheet rollout for Age of Ultron.

For the last two weeks, Marvel and the actors portraying the Avengers have been releasing new one sheet posters for their respective characters in Avengers: Age Of Ultron, and while they looked really nice, I lamented that we weren’t seeing any of the new teammates joining in the fun.  Where were Aaron Taylor-Johnson’s Quicksilver?  Elizabeth Olsen’s Scarlet Witch? Paul Bettany’s Vision?

I had assumed that the new trailer last week would have been the end of this poster business, so I was pleasantly surprised to see two new additions released today, featuring Wanda and Pietro Maximoff, respectively.

These posters actually present a kind of interesting situation, in regards to the average theater going public.  Most of the trailers and promotional material thus far hasn’t focused very much on the siblings, and what we do get has kind of painted them as in league with the villains.  Of course, you and I both know that while they started out as bad guys, Wanda and Pietro eventually betrayed their father Magneto and joined The Avengers.  I’d assume Ultron will be their father surrogate in Age of Ultron… but do non-comic readers already get that these two are probably destined to turn good?   And will giving each twin their own character poster kind of spoil that reveal?

Maybe I’m reading more into all of this than the general public would, but this seems like potential spoiler material for the type of folk who don’t know Cypher from Attuma.  Of course, Marvel could easily drop an Ultron one sheet and instantly negate the assumption that Scarlet Witch and Quicksilver are getting posters because they’re good guys.  Plus, we’d get an Ultron poster to go with all these Avengers.  So it’s basically a win for everybody. 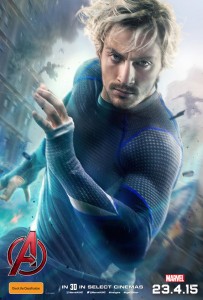 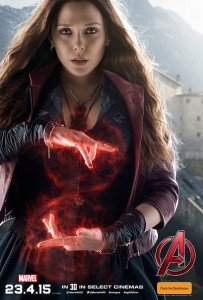