Scarlet Witch And Quicksilver: The Latest Causalities On Disney/Marvel’s War On Fox 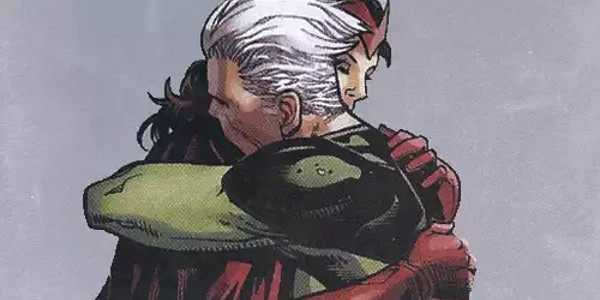 A retcon for a business decision is not a good idea.

In Uncanny Avengers #4, it was revealed that not only are Scarlet Witch and Quicksilver not the children of Magneto, but they are not mutants either. Apparently, they were both genetically manipulated by the High Evolutionary, thus “erasing” 51 years of comic history. 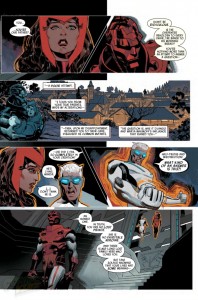 Of course, my first reaction is to go off on the usual nerd rage. Then, I started to really think about all of this.
Scarlet Witch and Quicksilver mutant lineage traces back to their first appearance in 1964. It’s not until many years later in the Avengers storyline, The Yesterday Quest (Avengers #185 – 187, 1979), that the origins of Scarlet Witch and Quicksilver are finally explored. It’s here we learn that they are born in the High Evolutionary’s fortress in Mount Wundagore, but, even with this exploration into the characters’ lineage, many questions were still left unanswered. 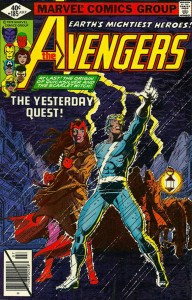 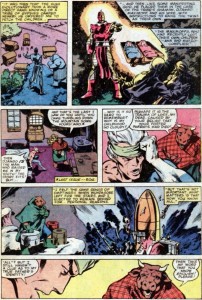 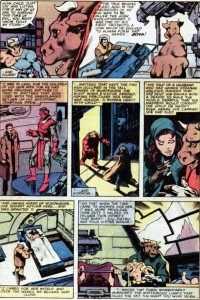 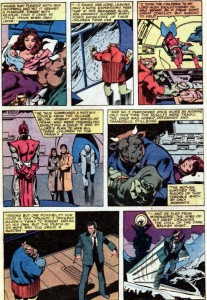 To further complicate matters, the reveal that Magneto was the twins father was actually a retcon that took place back in 1983 (Vision and the Scarlet Witch #4). A retcon that lasted for 32 years, nonetheless. Which, as all us fanboys are well aware, is a long time in comic book years. 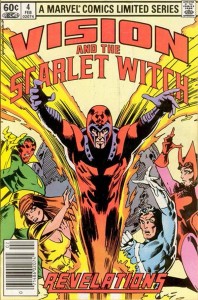 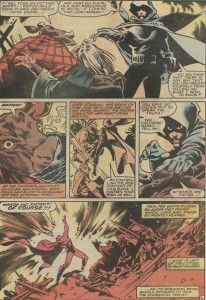 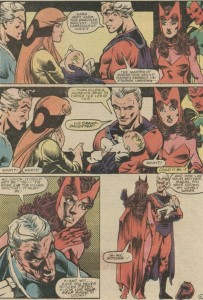 So, with this new revelation of Magento not being the twins father, what has really changed? They’re both still Avengers (since 1965), Quicksilver still married Crystal and has a daughter, Luna. Scarlet Witch still married Vision, though they are no longer together these days.

The twins have been through so many retcons it’s not even funny, especially Scarlet Witch. There are times where her life looks like one long Greek tragedy. Just look at her history:

Granted, many of these events have been either fixed or altered, and the Scarlet Witch seems to have weathered it all.

With the history lesson out of the way, let’s get to the nonsense at hand. As I mentioned at the start, Scarlet Witch and Quicksilver recently found out they are not mutants. You might be reading this and think “So? It’s just another retcon.” Well, the short answer is: yes and no.

While on one hand, this is yet another retcon for the twins, this is one that’s based purely on a business decision by Marvel and/or Disney. Not one to tell a story (although I’m sure some people might argue that fact).

You see, before Marvel was bought out by the Walt Disney Corporation, Marvel was in financial trouble. To make money quickly (and to get movies made of their properties), they licensed out their characters to various studios. Paramount got the Avengers, Universal got Hulk, Sony got Spider-Man and Fox got the X-Men. It was a business deal that had to be done.

At the time, most of the contracts were written so that if the studio didn’t make a movie by a certain date/within a certain timeframe, the license for the characters would revert back to Marvel. For a financially struggling company, it was a sound business plan. Maybe not the smartest, but at the time Marvel was desperate.

A few years pass and Disney buys a Marvel that’s on the beginnings of a financial upswing. And now, Disney being Disney, they want everything under one company. That’s all well and good, but at this point Fox still sees the X-Men as a money making franchise. And quite honestly, they are. For over 20 years it was X-Men comics that kept Marvel afloat.

Marvel/Disney want the X-Men movies back at Marvel, so what do they do? They retaliate at Fox at the expense of the fans. Marvel and Disney refuse to license the X-Men to be used for any new products. There are even rumors circulating that writers and artists at Marvel can not create any new mutants for the comics (which long time X-Men writer Chris Claremont talked about on an episode of the Nerdist podcast). They gone so far as too pretty much phase out all things mutant and replace it with the Inhumans.

This is all just a power play by Marvel and Disney to try to force Fox to give them back the X-Men rights. So, that’s why this latest retcon to the Scarlet Witch and Quicksilver is just BS. Don’t get me wrong, Fox is not without fault themselves here (Google Tom Rothman or check this out here). In the end, no matter what side you’re on, it’s the fans that end up losing.