School of Thrones Is The Perfect ‘Game Of Thrones’ Spoof 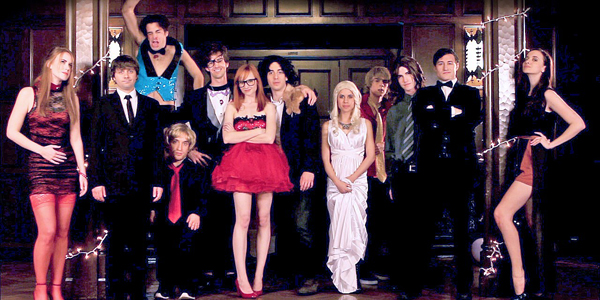 HBO’s Game Of Thrones is gearing up for its third season later this month, and the new YouTube spoof School of Thrones is only fanning the fires of my excitement.  This web series re-positions the warring families of George RR Martin’s epic as high school cliques, and the results are brilliant. From seeing Joffrey Lannister as a Justin Bieber clone, to the very well done opening credits– mimicking Games’ sprawling map with notebook doodles– this episode is jam-packed with laugh out loud moments that lovingly poke fun at Martin’s fantasy world.

Yes, School boils down the story and trims off quite a few characters, but everyone who appears here totally nails their Game of Thrones counterpart, and setting up the war for the Iron Throne as a popularity contest for Prom King and Queen– utter perfection.

School of Thrones will launch new episodes each Sunday on their YouTube page, and if future episodes skewer the fantasy epic this well, it will totally be subscription-worthy.  I’m curious to see how the high school version will adapt the series’ notorious hyper-violence and gratuitous nudity, but those seem like elements just begging to be poked fun of.

Check out the first episode below… once Season 3 of Game kicks off at the end of March, I imagine School and Game will make for a pretty killer double feature each Sunday.