The Scruffy Nerf Herder Himself Joins the Black Line 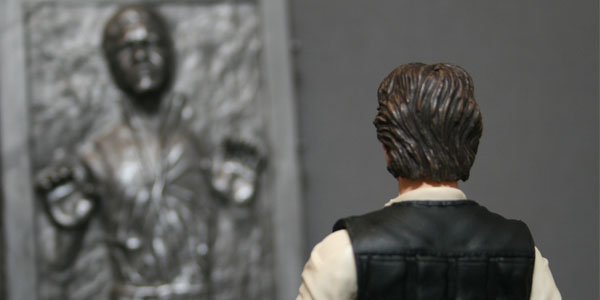 Han Solo is one of the most iconic film characters in history, and Hasbro brings this character to life in wave two of the Black Series.

The Star Wars Black Series from Hasbro is bringing fans the classic characters in the some the most iconic looks. This version of Han Solo is from Episode IV right down to the red stripes on his pants. The sculpting on the figure is spot on compare to the actor’s look in the original film. The figure captures the thin tall look of a mid 70’s Harrison Ford. The head sculpt is spot on like the other figures in this line, and the paint on the figure is well done with no major issues. The colors match his look from A New Hope, making sure when another version from Empire and Jedi come along fans will need them just as much. The articulation is also impressive considering the character. With a good amount of points for a figure this size including ankle rockers, you can pose him in almost anyway you want including the classic blaster out in font look. 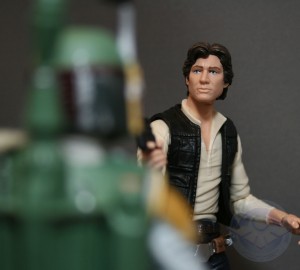 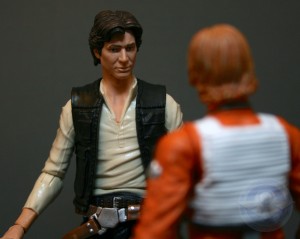 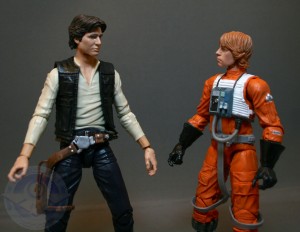 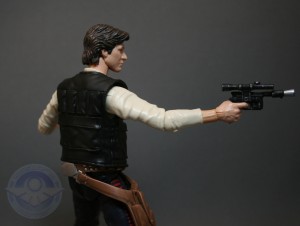 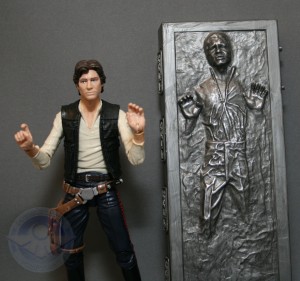 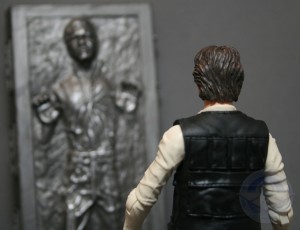 Speaking of blasters Han comes with two, his and a storm trooper’s blaster. Each also comes with their own belt, allowing fans to recreate the different looks of Han from Episode IV. In addition to the blasters and belts he also has his gloves which he wears on the Falcon. All the accessories are made from the softer plastic, including the hands, it is a minor issue with the blasters but great for the hands. the wrist pegs are rather small and if they were made of a more rigid plastic they could snap when swapping out the hands. 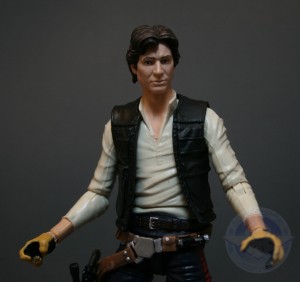 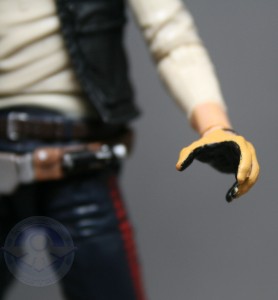 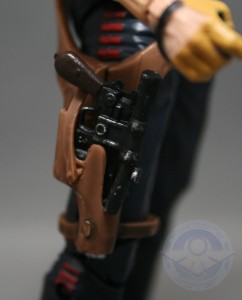 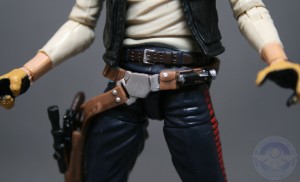 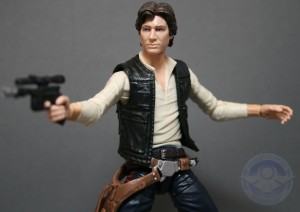 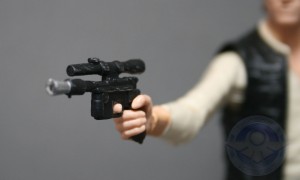 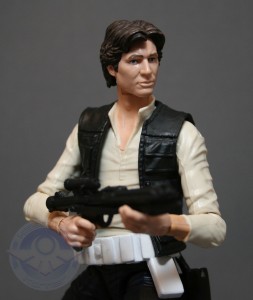 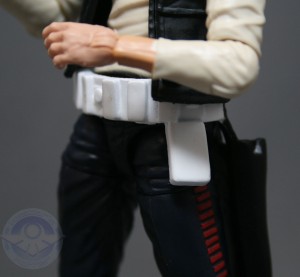 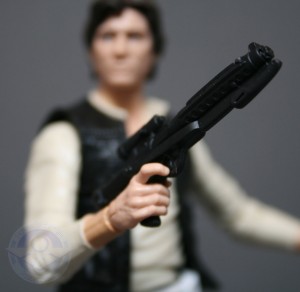 For those of you wondering if you will be able to get away with a head swap with the trooper, it may not be possible. If the Stormtroopers share the same bodies as the Sandtroopers, which they most likely will,  the neck peg is much too large to fit the smaller actor heads. If Hasbro gets around to making Han and Luke as Stormtroopers there will have to be a new neck peg on the bodies. 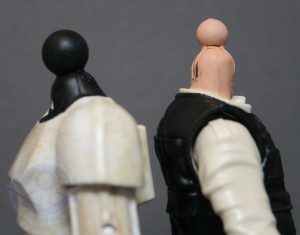 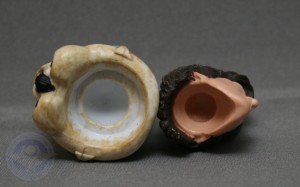 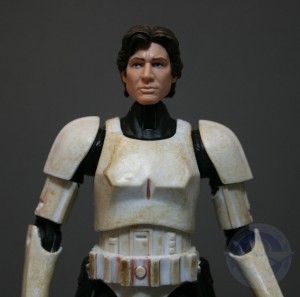 Overall this line gets better and better with each new figure. Han is the perfect example on how to make a perfect representation of a movie character in this scale. I only have one question for Hasbro, where is my Wookie?