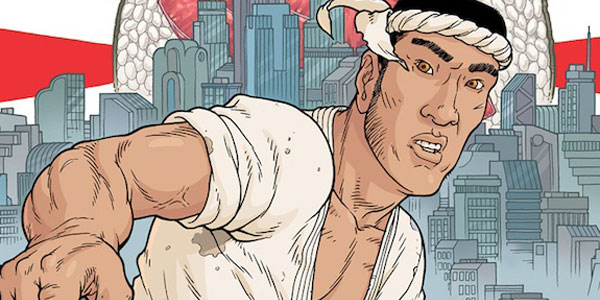 Anthony Bourdain was at Comic Con to promote his new Vertigo graphic novel Get Jiro! and in true gonzo fashion, I turned a chance encounter with the No Reservations star turned into a quick interview.  Check it out…

One of the coolest things about Comic Con are the chance encounters with random celebrities throughout the Convention Center. Case in point, Tony Bourdain, celebrated chef, world traveler, badass journalist… and fan of FX’s Archer!

I arrived late to the Archer roundtable interviews, thanks to a previous appointment running late, and by the time I arrived, sadly, most of the amazing cast of FX’s phenomenal show had already made the rounds. So I sat down at a table in the corner to gather my bearings when out of nowhere, Anthony Bourdain sits down in the chair next to me!

I introduced myself and chatted with Tony while the interviews wound down. Tony was invited as a VIP guest for the Archer experience at Comic Con, since he’s a fan of the show– his favorite episode being the three-part “Hearts of Archness” trilogy.

I asked Tony why he made the jump to a graphic novel, and he stated it was a logical progression– he always wanted to be an illustrator, so a comic book was a long time coming. He and co-author Joel Rose pitched the concept to Vertigo and were picked up for the novel.  From there, Tony had his pick of artists, and he feels he chose well with Langdon Foss.

The timing worked out perfectly, as the book which was just published on July 3rd is already virtually sold out of it’s initial run!  This is a good thing for everyone but Tony, who had two book signings scheduled for Comic Con weekend… despite the book being sold out at every bookstore in the city!

Before we parted ways, there was one thing I had to ask Bourdain in person, so I swallowed my self respect and asked the question I’m sure he heard a million times already– “What’s your favorite place to eat in San Diego?”

His answer was perfect, and without any hint of hesitation– “Mexico,” 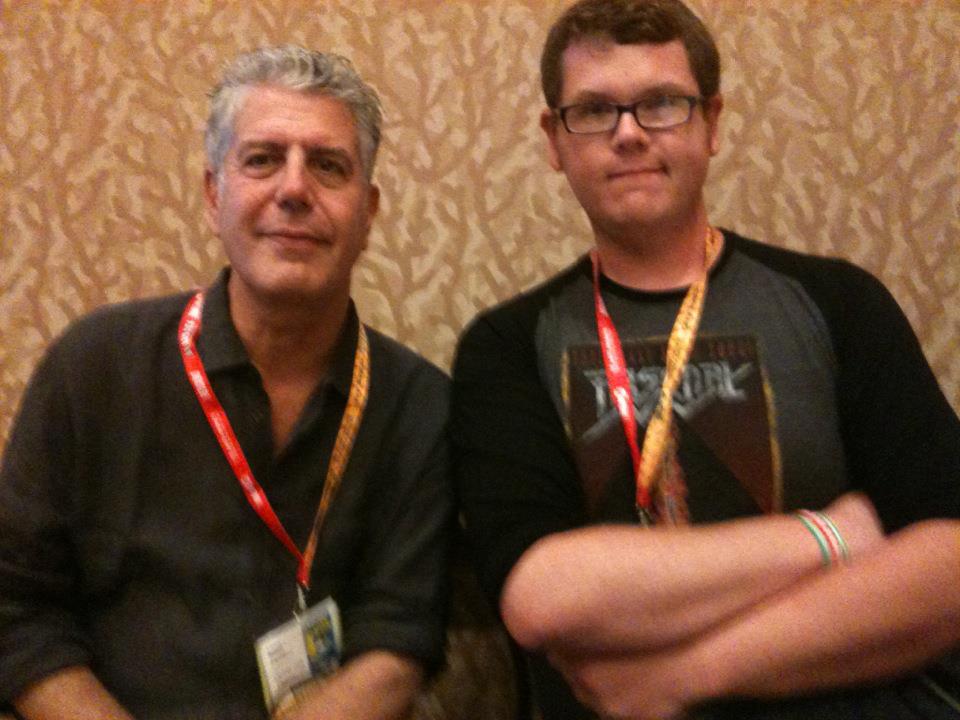 Get Jiro! is available now (while supplies last)– Amazon has the book in stock now, so Click Here to order now.