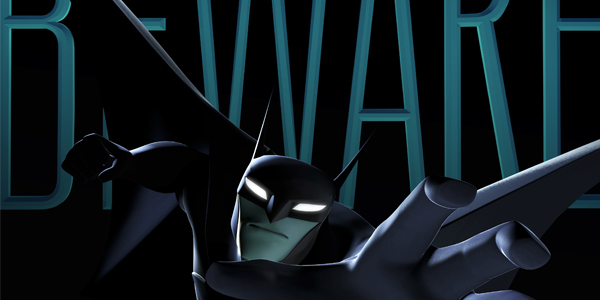 At Comic Con we got a chance to talk with the producers of Beware the Batman, Glen Murakami and Mitch Watson. They filled us in on how this version of Batman differs from past animated incarnations and the many sides of Bruce Wayne.

This CGI cartoon will take place rather early in the development of Batman as a hero. Watson said this incarnation of Batman “has probably been doing it for five or six years”, making this a younger take on the character. The creators have broken the Bruce/Batman character down into three parts. Bruce Wayne has two sides, a public carefree millionaire playboy, and the private obsessive damaged orphan.The third side is the masked crime fighter, extremely focused on his mission to protect Gotham.

This show also differs from past incarnations by using villains not usually seen in animation like Anarchy and Cypher. The stories will focus more one the detective aspect of the character rather then the gadget based crime fighter that is usually portrayed.

Fans who are looking forward to the dynamic duo in the show will be disappointed. Just like the villains, the Batman’s partner is also new. Stepping into the role of sidekick is Katana. The creators both said the plot of the show will reveal why this new sidekick fits into this Batman’s world better than the Boy Wonder.

After talking to the producers this Caped Crusader shares some similarities to Jason Borne. The obsessive side of Bruce and the calculating Batman sound more like a spy and less like the superhero Batman has become over the years. Taking him in more of Borne-like direction could be just what this classic character needs to surprise long time followers and bring in new fans.