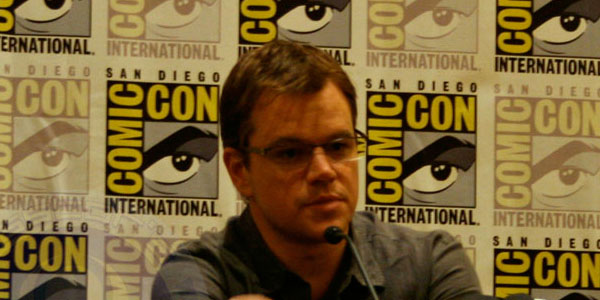 From the creator of District 9, the future world of Elysium is bleak and in some ways resembles what many think today’s world is moving towards. On the panel, actors Jodi Foster, Matt Damon, and Sharlto Copley were joined by writer/ director Neill Blomkamp.

Here is the recently released synopsis of the film:

“Set in the year 2159, where the very wealthy lives on a man-made space station while the rest of population reside on a ruined Earth, a man takes on a mission that could bring equality to the polarized worlds.”

The earth has been abandoned by the upper class, who now live above the earth in a space station, leaving behind the less fortunate. The elite take on an almost god-like role, controlling the fate of those below. The station is aptly named Elysium, after the Elysium Fields of ancient Greek myths. 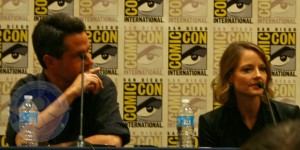 Foster plays one of the elite living in the utopia, while Damon takes on the role of a dying man on Earth. Damon’s character has nothing to lose, and finds out his only hope is to get up to the station and find a cure. Also in the cast is Sharlto Copley, best known for his roles in District 9 and the A-team. He plays the muscle for the rich to take care of the problems on earth. From the clues given by the panel this maybe a sci-fi film but it also tackles some of the issues facing our world today.

Major plot lines were discussed but the panel was all careful not to reveal much more about the film. Look for more details to emerge as we get close to the films release date next spring.