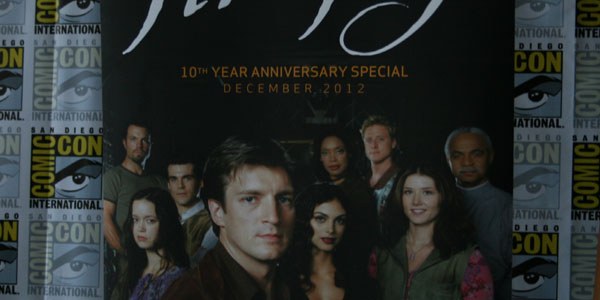 One of the biggest deals at Comic Con was the Firefly 10th Anniversary celebration, which saw a reunion of of the cast and crew of the short-lived, much-loved modern sci-fi classic.  Joss Whedon and members of the cast held a press conference in which they recalled the series and took questions. Here’s the highlights of the conference…

Differences were a major theme of Firefly, as the crew of Mal’s ship were all very unique, with different looks, skills and talents. The Serenity crew banded together to form a family throughout the series, and even after a decade that bond is clearly still present for the actors as well. They discussed the longevity of the series after cancellation, as well as the reverence shown to the TV show by soldiers and astronauts. Whedon and the cast accredit this to the ongoing theme that in Firefly, the war is over, and the crew proves that life can be good again.

One of the show’s other major themes– and a frequent one in Whedon’s work– is the strength of the female characters. Whedon was confident as he stated “Men who are comfortable with powerful women are more powerful men.” 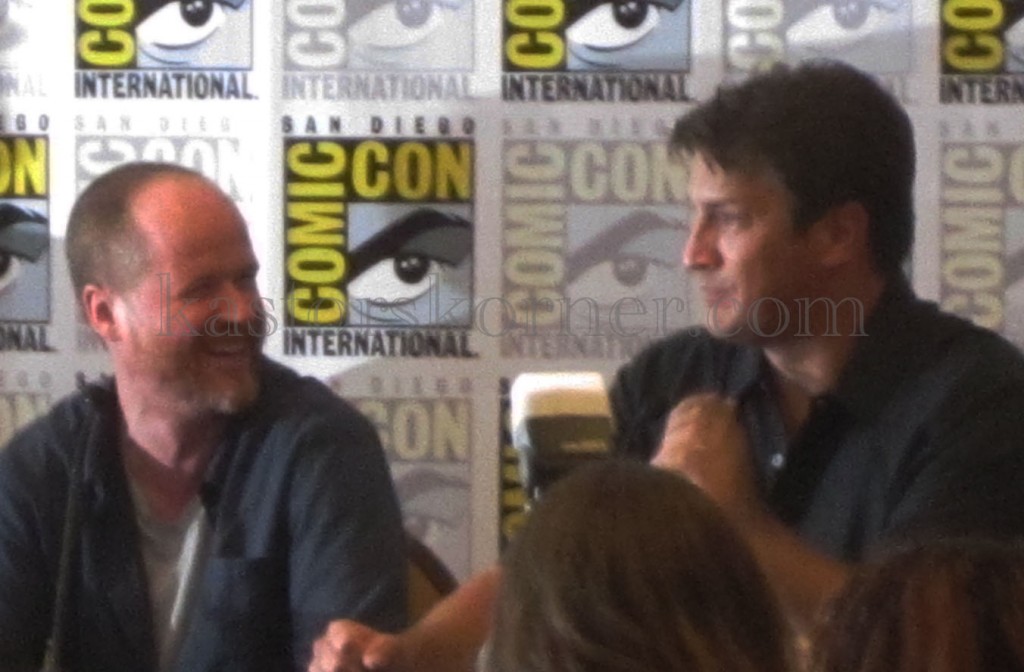 Despite these long-reaching effects, we all know Firefly was cancelled after only a single season, before the modern age of social media support and on-demand viewing. Whether this would have made a difference in the show’s fate is a question we’ll never really know the answer to, but as showrunner Tim Minear quipped “We’d need a network that would air the pilot first.”

Were the series to come back, it would be a different beast entirely, especially in the wake of the lives lost in Serenity.  Whedon asserted the crew would have to deal with the present, with no cop-outs like clones or evil twins to bring back lost crewmates like Wash.  Alan Tudyk is okay with this, as he feels the comic series rounded out his character nicely, and he and Summer Glau agreed River would be the best bet to take over piloting the ship.

There has been buzz about a multiplayer video game to expand the Firefly universe as well, and Whedon agrees this would be great.  “I think [The universe] absolutely lends itself to gaming,” he said. It’s a perfect fit, but Whedon did add the caveat “I also think [the show] should still be on the air.”

Firefly shared an early end, and a lasting legacy similar to the original Star Trek, although this universe is far less utopian than the Federation of Trek. This was always the idea, and it reflects Whedon’s personal belief that mankind will never get to the idealistic place we saw in the Trek series. He believes that mankind is bad, but the idea of friends banding together through hardship, in the trenches, and staying together through anything is absolutely something to believe in. To Whedon, it’s the meaning of the series… and the definition of family.