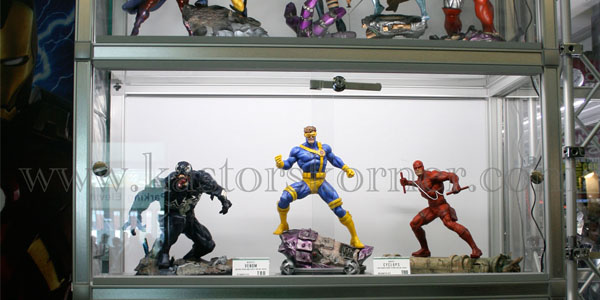 Kotobukiya had quite a few new items on display at their Comic Con booth this year, including some exciting new additions to the Bishoujo and Art FX collections for their many properties.

In true Comic Con nature, Kotobukiya’s great display showcased many recent and upcoming items from their Marvel, DC, Star Wars and video game properties.  Their Avengers and X-Force statue series are shaping up nicely, and new statues that made their debut at the show included the Jim Lee Cyclops, Daredevil and a new Venom who looked fantastic, all wriggling tendrils and bulging muscles.

Also on display were the New 52 Justice League Art FX statues. Superman is the first in the series, based on Jim Lee’s promotional art of the relaunched series. Next up will be Green Lantern and Wonder Woman, in her short lived long pants costume.  Star Wars is also getting some new Art FX figures who made their debut at the Con, with Return of the Jedi versions of Boba Fett and Darth Vader, along with a new Jango Fett who features two sets of arms, one neutral and one with both arms outstretched at the ready to fire his twin pistols. 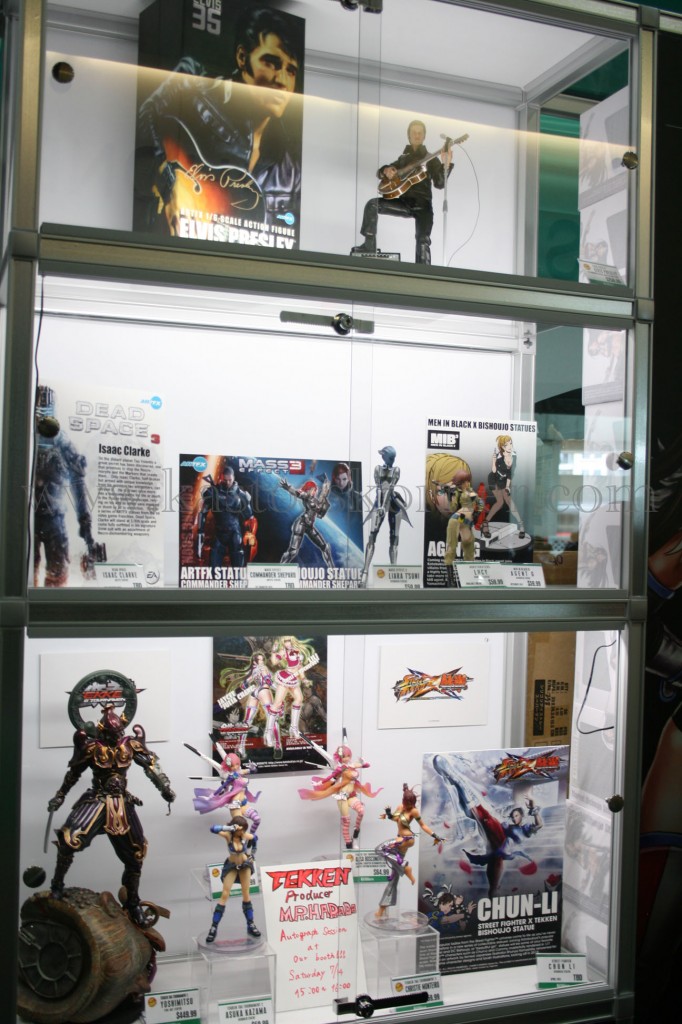 The first Mass Effect Art FX piece will be Shepherd, and like other Art FX pieces he will sport variant parts to customize your display, possibly including a helmeted head and a light up Omni-Blade.

On the Bishoujo front, the Huntress made her debut in the DC collection, along with Jaina Solo, the first Star Wars universe Bishoujo. Liara from Mass Effect will be followed by a female Shepherd, while the big reveal was the addition to the Tekken Bishoujo collection… which has now morphed into Street Fighter vs. Tekken.  The debut Street Fighter will be Chun Li, and Kotobukiya’s team are hard at work on the sculpt as you read this.

The level of quality and detail in Koto’s products never ceases to amaze me, and I love that they are branching out further and further each year with new additions to long-running properties as well as all-new avenues, including Men in Black, Street Fighter and more. 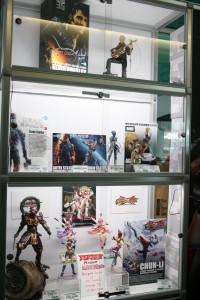 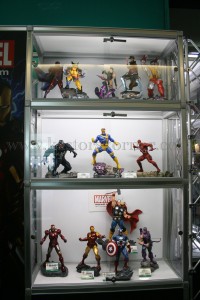 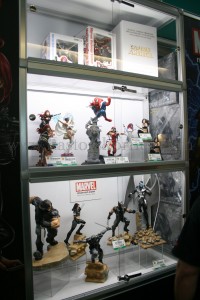 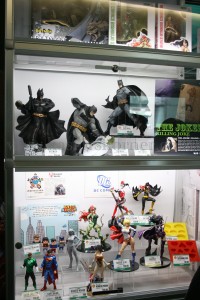 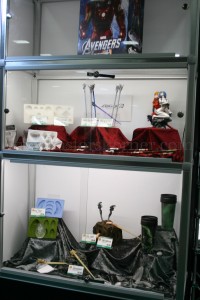 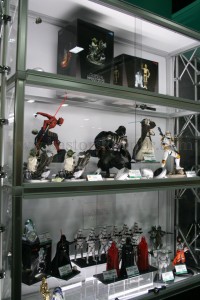 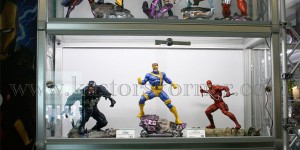