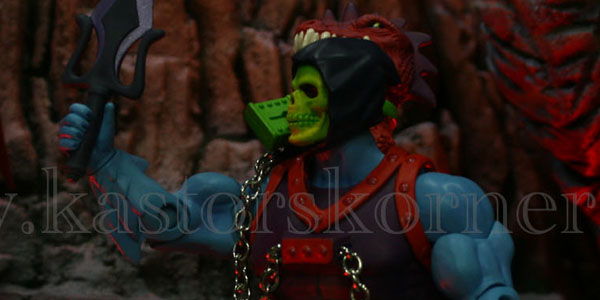 The energy was high at the Mattypallooza panel this year, with all-new reveals, surprises, and even a new subcription series! There was a lot of chatter going into the event. The Create-a-Character winner was accidentally revealed on the Mattycollector website, deflating an otherwise impressive showing. Also in question was the status of properties like Voltron and Ghostbusters, and the advent of the new property. Scott and co. did their best to keep the energy high, and the panel gave fans a lot to talk about. 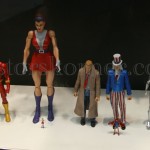 First was DC Club infinite Earths. Justice League Unlimited is winding down with 3 three packs: Guy Gardner/Batman,/Martian Manhunter, Blue Beetle /Booster Gold/Fire, and Toyman, Firefly, and Dr. Destiny. Young Justice is getting a bone with final core members Superboy and Miss Martian, but only if minimum pre-orders are met. Sadly the deck is stacked against them, given the looks are from season 2 and will NOT match with the rest of the team. Club Infinite Earths finally showed the remainder of this years figures. Joining Mirror Master, Starman, Rocket Red, Black Mask, Platinum, Tin, and Poison Ivy are oversized Elasti-Girl (with mini-version), Constantine, Uncle Sam with Dollman, 90s Flash, and Metal Man Lead. Once again, a minimum number of sub sales are required to continue into 2013, but as an added incentive, if the numbers are high enough, there will be a completely tooled figure in the wings for 2014! The 2013 line-up definitely has some tasty bait. Saint Walker is in January, Phantom Stranger for February, and Satellite-era Enlongated Man for March. If that wasn’t exciting enough, the Sub-Exclusive Monsieur Mallah and the Brain, the main adversaries of the just-completed Doom Patrol! They played their cards right this time, and 2013 is certainly an upswing in quality and character! 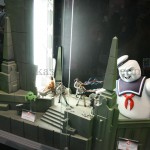 Next was the introduction of the new Watchmen line! Scott seemed like the most excited person in the room at the announcement. Each of the main 6 characters will be made in the 6” DC scale we are accustomed to, come with unique character-specific accessories when appropriate. They will also each be package with a Watchmen display stand. They previewed Dr. Manhattan and Rorschach to whet our appetites. Differentiating themselves from the other subs, there are only 6 figures, no sub exclusive, and there are no price increases for day-of purchases.

Several other subs merely were expanded upon for 2012, will little to no information for continuation into 2013. First was WWE. Arn Anderson and Tully Blanchard will be sold in July and September, respectively. Voltron will round out the prior releases with blue lion with Princess Allura and black lion with Keith, as well as sub-exclusive Sven on vintage card art as a special touch! Ghostbusters fans will still be able to purchase the PKE meter if they haven’t already, with the promise of new prop-replica goggles for Spring 2013! Sub holders who stuck with them will be getting a great glow-in-the-dark Slimer as a thank you! More will be coming, and the infamous “stay tuned” was bandied about. Lastly, the Back to the Future Hoverboard is coming at a $130 cost in November. 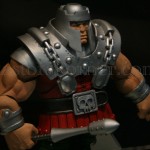 Onto the news many of us were waiting for, Masters of the Universe Classics were unveiled, but with a new pricing structure. The figures will now be $25 for Subscription holders, and $27 for day-of sales. New will be four quarterly extras at different pricing teirs. A $25 sub-exclusive character and map is included, but convention items, weapons packs, and vehicles will not be. Each sub purchase gives you the opportunity to choose from one fan-choice figure in November 2013: Crash Landing Marlena Glenn in white, 200x Evil-Lyn with cloak and new outfit, Geldor, fan-favorite Illumina, Masks of Power Demon, comic Trap Jaw, He-Man tour exclusive Songster, and Camo Kobra Khan, 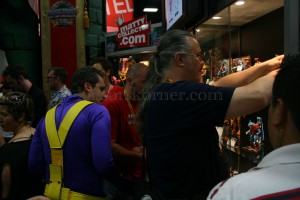 2013 starts with PoP dark horse Netossa and fan-favorite Ram-Man in January, Jistu in February, and Filmation baddie Fang Man in March. The 2013 exclusive is the future King He-Man and subternia map! There will also be a comic book exclusively done by DC comics featuring the origin of Skeletor. In Quarter 2, the conceptualized Fighting Foe Men finally gets toy representation as a three pack: Dittstroyer, Shield Maiden Sherrlyn, and Dawg-O-Tor. Each will come with both heroic armor and Horde armor to change allegiances. Finally the travelling 2013 exclusive next year will be Strobo, which includes Zodak’s unmasked head that Toyguru mentioned in his previous blogs!

The sub count this year is down to three lines: Watchmen, DC Infinite Earths, and Masters of the Universe Classics. This is much easier on the wallet than having a MOTUC 30th add-on and Voltron. With costs and tool count rising and annual SKUs going down, Matty subscriptions are looking very palatable indeed. Here’s hoping for an uptick in sales! They certainly have the right strategy in mind, and my money they have!

And Check out our Mattel Gallery page