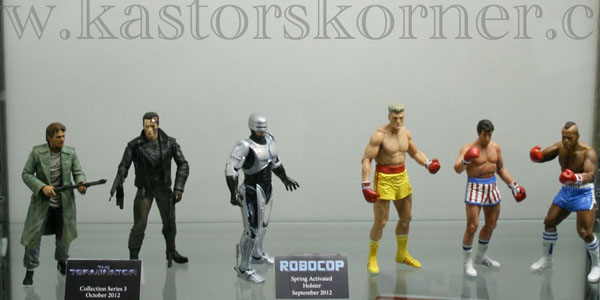 NECA had a solid showing at Comic Con, with reveals of the final figures for the next waves of Rocky figures, Kyle Reese from Terminator, an action feature Robocop and lots more– check out the photos.

Like many exhibitors at Comic Con, NECA’s booth serves as their store to sell exclusives while also showcasing upcoming items on display so fans have something to look at while waiting in line. It’s a great setup, and there’s a lot to love in NECA’s upcoming offerings.

In addition to the recently-released glow in the dark Robocop, we’re also going to see a new version of the cyborg featuring a spring-action holster built into his leg. It’s a fun feature and a cool new variant of Robocop, but at this point I’m really hoping NECA moves onto some other characters from the universe– I’d kill to see them take on ED-209.

The fantastic Rocky series is getting some new additions, including Clubber Lang and Ivan Drago, plus a new Rocky in his patriotic shorts, complete with a great variant head as the Italian Stallion is spitting out blood with his face in mid-punch.

NECA also had new Prometheus figures on display, including David and the proto-Alien, as well the long-promised Colonial Marines from Aliens! At Toy Fair, NECA confirmed Hicks would be part of the line, and while he wasn’t on display the second marine has been revealed– Hudson!  The Predator series is also getting some human additions, with a new Dutch figure featuring another striking portrait of Schwarzenegger, and a new Rambo featuring an equally great Stallone headsculpt.

With new figures also on display for The Hunger Games (due this September), Portal and Borderlands among many others, NECA’s certainly been busy this year and the quality of their toys just keeps going up.

Take a look at photos of NECA’s display at Comic Con: 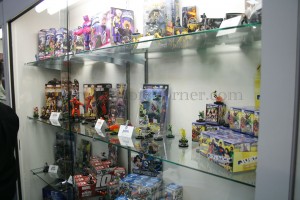 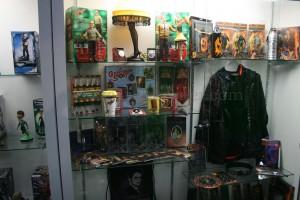 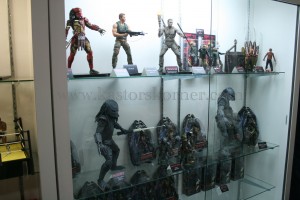 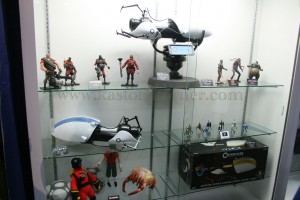 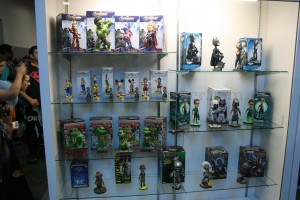 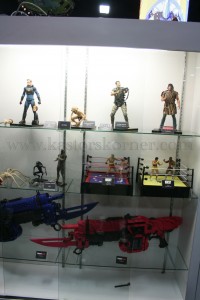 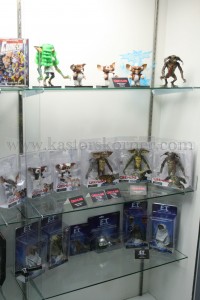 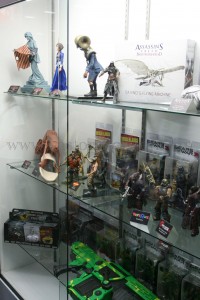 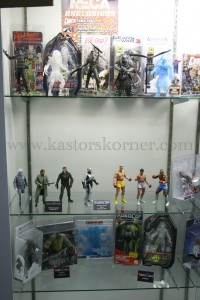 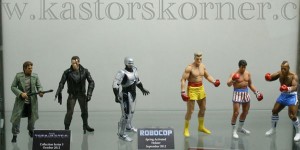