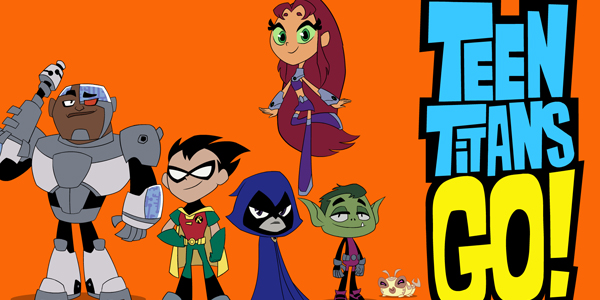 This year’s DC Nation block of shows on Cartoon Network marked the return o Teen Titans to the small screen. The old voice cast reunited to make animated shorts that received enough attention to get their own show. We sat down with the producers Michael Jelenic and Aaron Horvath to get some info on the new series.

Be warned… these aren’t your parents’ Titans or even your Titans– action takes a back seat to laughs in Teen Titans Go! These new shorts will be about 11 minutes, with no story arcs, no serious issues, and most importantly no continuity connecting it to the old show’s storylines. The only connection are the character designs and voices.

This show will be straight comedy, think Looney Tunes meets superheroes, a collection of completely stand alone episodes. The show will be like a sitcom about teens going away to college, in this case Titans Tower, and away from adult supervision. Some villains may appear, but not in the way the audience expects.

The show will stick to the main five characters from the old show: Robin, Cyborg, Beast Boy, Starfire, and Raven. The core voice actors will be back to voice the Titans once again. It took the some time, but they are enjoying having fun with the new comedic tone of the series. In fact when talking about the Titans’ leader, Michael Jelenic said “Robin is made the fool in this series. In the last series Robin was perfect and infallible. [Now] he is often wrong and insecure.”

This show has some great possibly for both comic fans and kids… Let’s hope it fares better than Jelenic’s last show, Thundercats.