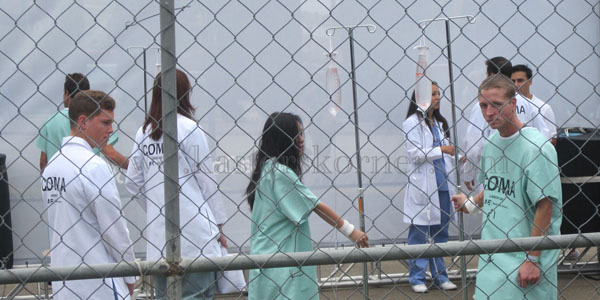 Each year, more and more events at Comic Con expand out of the Convention Center and into downtown San Diego. One of the best this year is The Coma Experience, A&E’s huge setup promoting the upcoming Ridley/ Tony Scott miniseries coming this Fall.  The outdoor hospital is a fully immersive, interactive exhibit which gives attendees a look at the upcoming series.

Attendees can enter the replica of the Jefferson Institute in downtown San Diego, where they are greeted by nurses. If they make “the cut,” they will then be lead into the very elaborate operating area, where they can receive 3D scars (read, temporary tattoos), and check out monitors featuring both the first clips from the upcoming miniseries, as well as exclusive footage created only for the Coma experience. 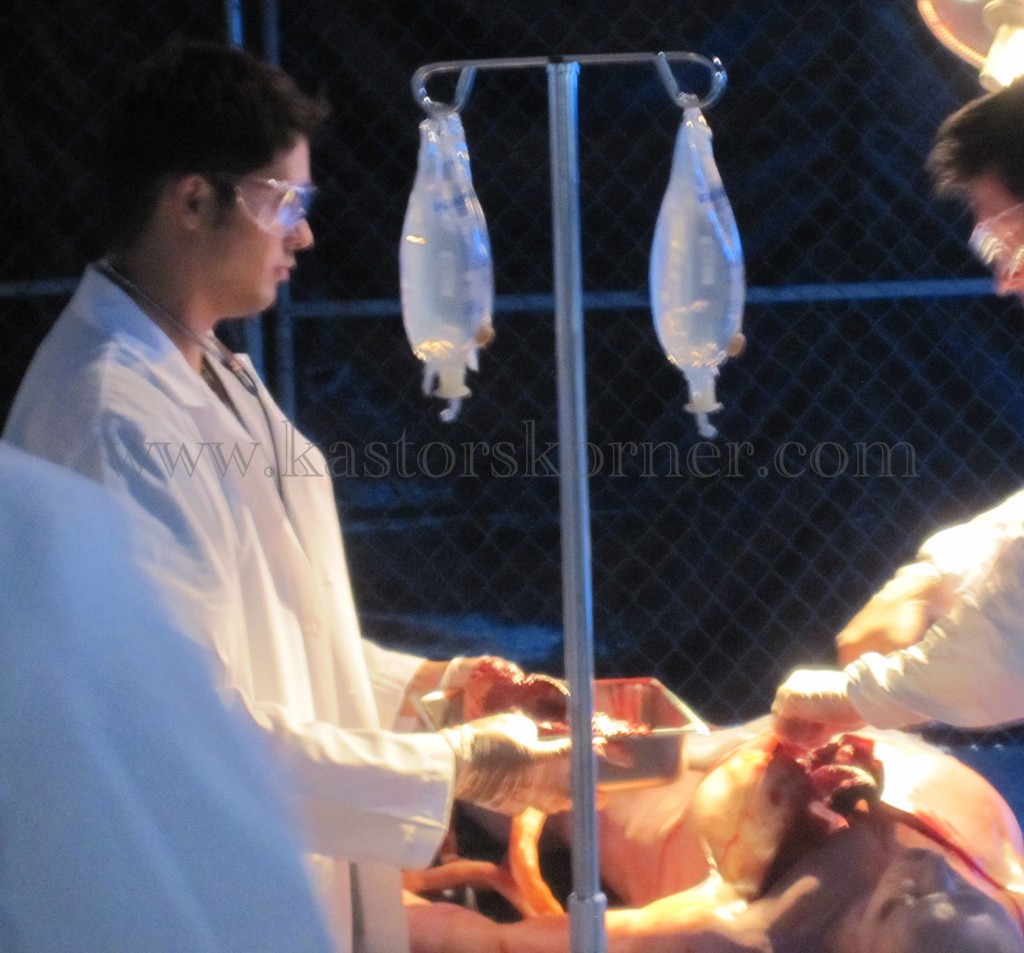 From there, fans can get their photo taken in front of a green screen and applied into a souvenier picture of themselves hooked up to one of the coma devices featured in the series… as well as get an up close look at a prop replica of one of the coma pods with an awesomely creepy comatose mannequin that actually breathes.

The Coma Experience is a quick walk-through, with a great amount of interactive features that are fun and hint at a pretty creepy, interesting miniseries hitting the small screen this Fall. 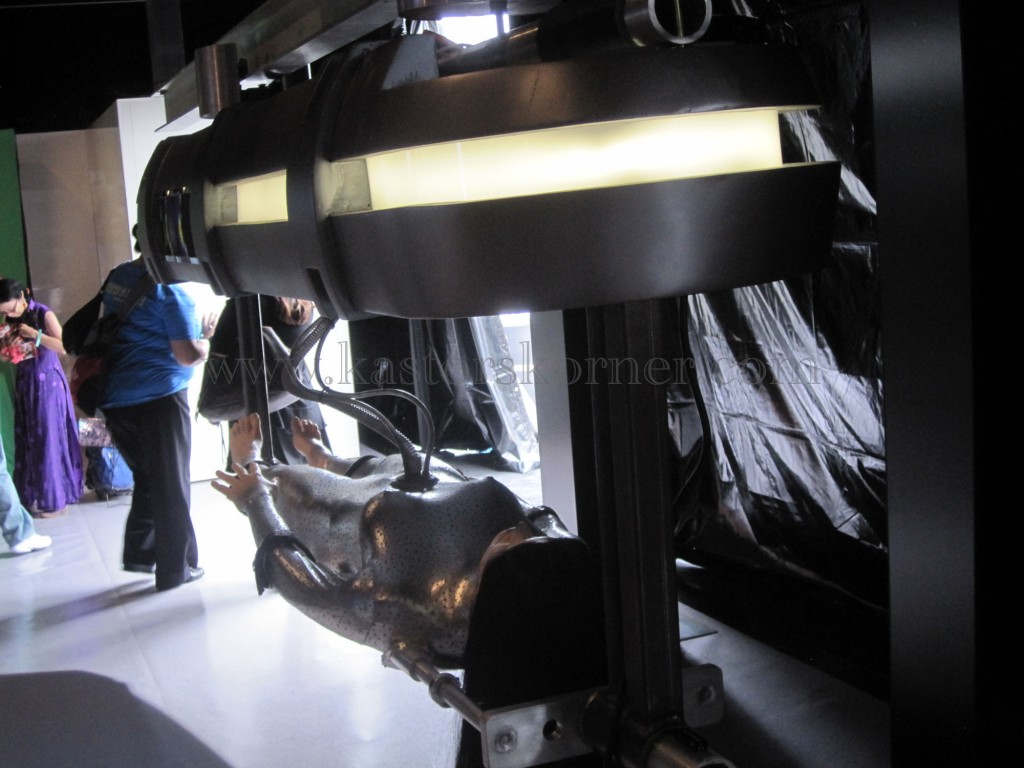 Coma is a two-night special event starring James Woods, Geena Davis, Richard Dreyfuss, Ellen Burstyn, Lauren Ambrose (“Six Feet Under”) and Stephen Pasquale (“Rescue Me”) premiering on A&E, Monday, September 3 and concluding on Tuesday, September 4 at 9PM ET/PT each night. In “Coma,” a young doctor (Lauren Ambrose) discovers that something sinister is going on in her hospital after routine procedures send more than a few seemingly healthy patients into comas on the operating table. 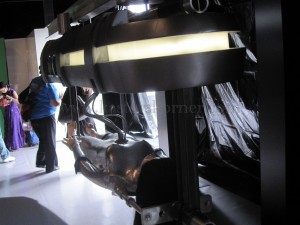 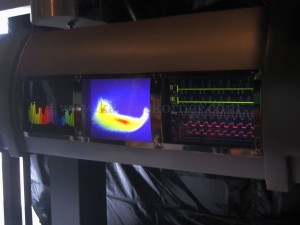 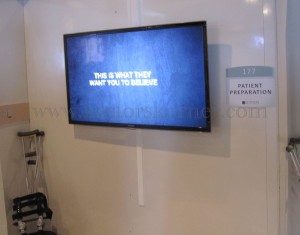 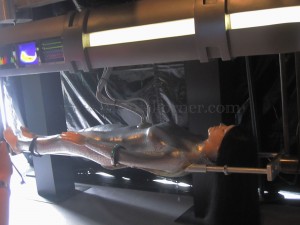 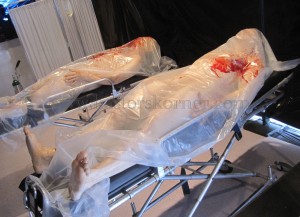 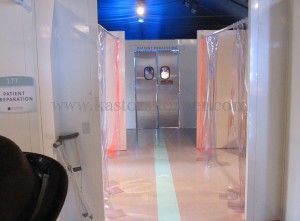 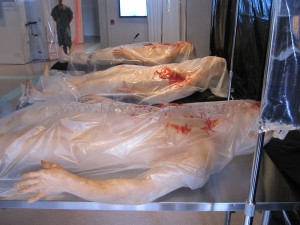 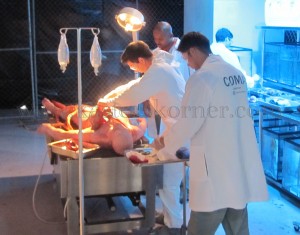 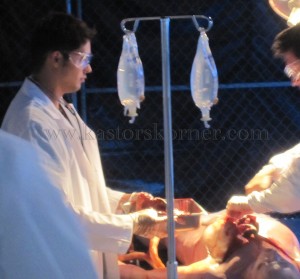 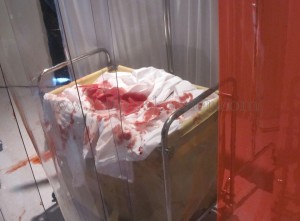 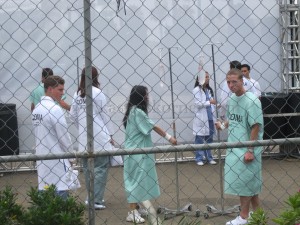 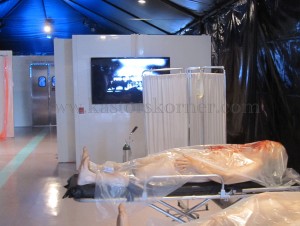 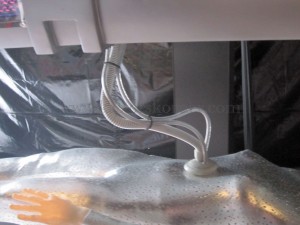 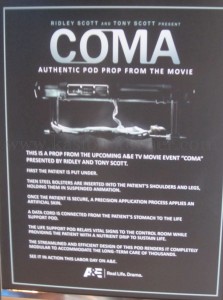 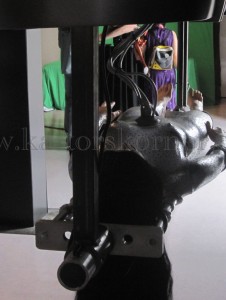 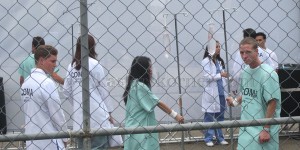