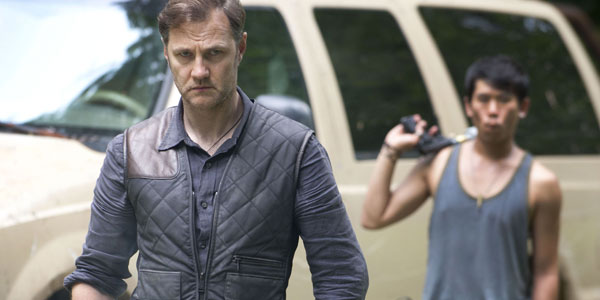 The Walking Dead took over Hall H at Comic Con to present the world premiere of the Season 3 trailer. Is this enough to course-correct the aggressively mediocre ending of the second season?

I didn’t make it to Hall H for The Walking Dead panel, thanks to the outrageous line, but despite my mixed feelings on the series– especially after the disappointing, fan-wank finale– it was very cool to see the series, which started as a black and white comic from a relative unknown named Robert Kirkman, turn into one of the biggest presentations at Comic Con.

This new season has long promised the debut appearances of Michonne and The Governor, and I’m glad that both look far more credible in this trailer than the completely over the top cameo by Michonne in the Season 2 closer. I still think she will be the toughest character to integrate into the much more grounded, realistic series, and fast forwarding her (and Andrea) into Woodbury seems like an intriguing way to adapt the introduction of the comic series’ best villain. 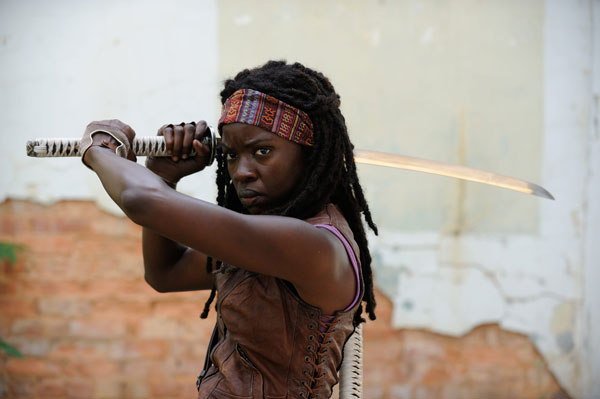 I like that this version of The Governor also seems much less cartoony than his comic book counterpart, at least visually.  I was really afraid after the finale last March the series had jumped the shark, and would begin to wallow in unintentional high camp, but a lot of this trailer seems promising…

The other side of the coin is, as this is a sizzle reel, of course there’s lots of great money shots throughout (leading up to the reveal of Merle, complete with a fierce looking bayonet contraption to replace his severed hand), so I’m still cautious; I believe it would be perfectly feasible to cut a 5-minute trailer of Season 2 that looked just as compelling, but in actuality we know how that turned out. 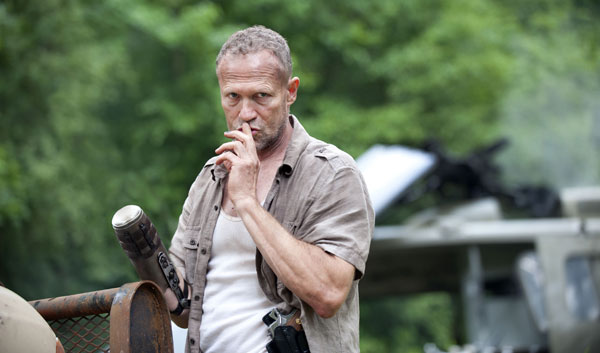 I’ve said all along I’m on board for one more season. Even at its worst, the latter half of Season 2 certainly did pick up the pace and provide the forward momentum missing from the stagnant first half. The trailer suggests Season 3 might continue to move along the plot at a decent clip, although I sense some slight trappings of some wheel-spinning already, between the multiple scenes of the main group wandering the prison and Michonne and Andrea being uncomfortable as guests/ prisoners of Woodbury.

I’ll hope for the best– I still really like the comic series and LOVE the concept of a big-budget human survivor series with zombies.  My fears are starting to quell regarding the unbelievability of Michonne, but sadly I still don’t get much sense that Rick has evolved past the limp character that has been crafted so far; the only decent part of last season’s finale to me was Rick finally taking command, and doing so in a rather shitty, underhanded way– I want to see more of Rick’s morality be tested this season, and when it is, I’d rather see his decency continue to erode like in the finale as opposed to spin in a circle while he cries (like the rest of Season Two). 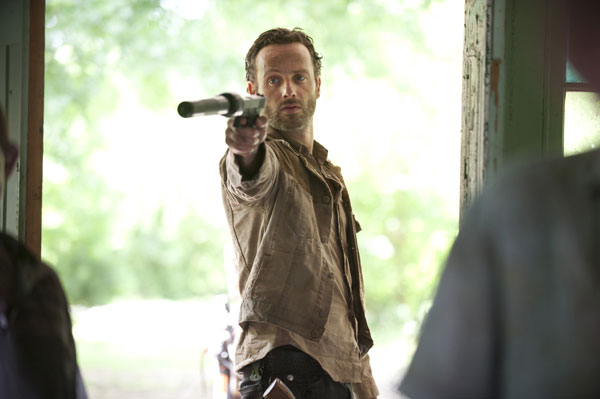