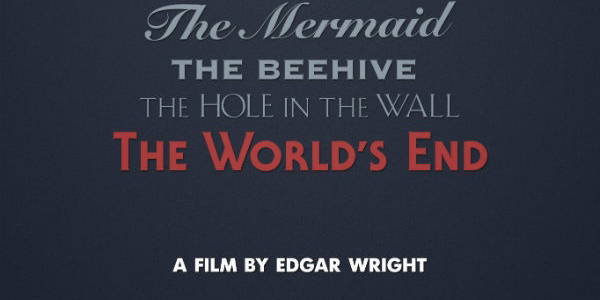 Edgar Wright’s new movie is getting ready to film, and Universal debuted the teaser poster at Comic Con.

Fun fact in case you weren’t aware– Edgar Wright’s previous two projects with Simon Pegg and Nick Frost (Shaun of the Dead and Hot Fuzz) were actually the first two parts of the trio’s “Blood and Ice Cream” trilogy. The third and final installment is The World’s End, which Wright is prepping for filming in London.

The movie will tell the tale of the most epic pub crawl of all time, which may turn into a battle for the future of humanity before it’s over, which is a premise as good as I’d hope for Wright. The excellent teaser poster features the names of all eleven pubs involved in the crawl, with our titular destination The World’s End as the last on the list.

I’ve always felt that Hot Fuzz was a far better movie than Shaun, and Wright is an amazing filmmaker. I have little doubt that The World’s End will be something special. 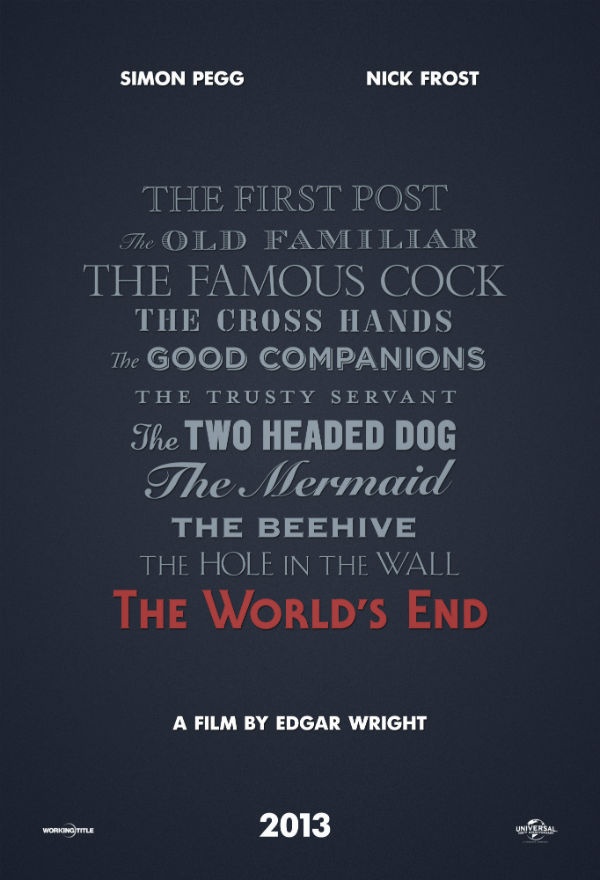