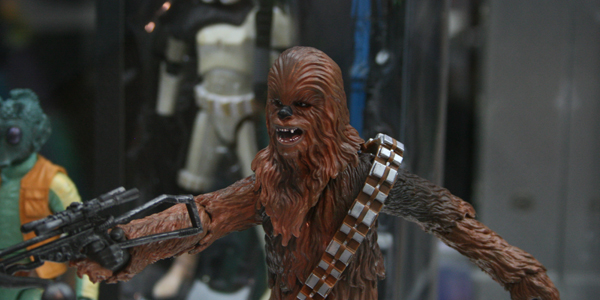 Check out all the pictures from Star Wars their booth at Comic Con.

The Star Wars booth at Hasbro gave us a better look at some of the upcoming Black Series action figures, including the amazing Chewbacca, Darth Vader and Jedi Knight Luke Skywalker figures.  The quality on these guys keeps getting better and better, and the whole core cast is really starting to come together, which I think is totally exciting.

Hasbro also had on display the deluxe Speeder Bike with Scout driver, Jabba the Hutt (who is being sold at Comic Con, in an exclusive package with his little minion Salacious Crumb), and a whole mess of product from Star Wars Rebels.

It’s cool to see everything on display, but there wasn’t much new at the SDCC booth which Hasbro hadn’t revealed at Toy Fair.  I’m guessing they are holding a lot of new toys for their Star Wars panel on Friday… usually right after their panel, Hasbro adds newly announced figures and prototypes to their showcase on the floor, so I’m betting the Star Wars display will be even more robust in a little more than 24 hours.

In the meantime, here’s photos of Hasbro’s Star Wars booth from Preview Night: 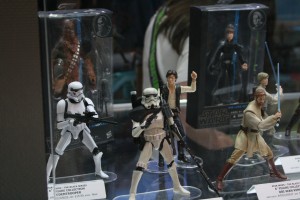 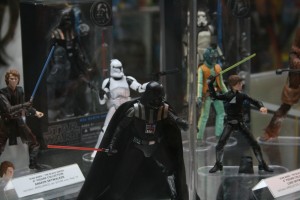 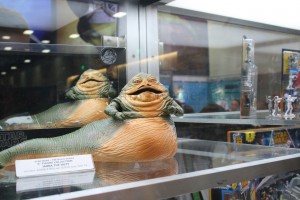 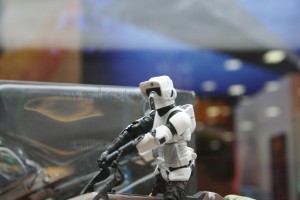 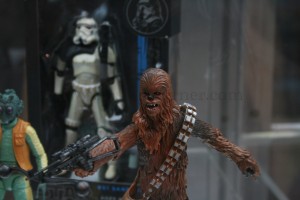 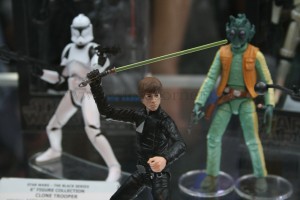 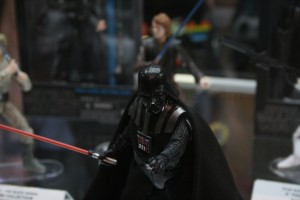 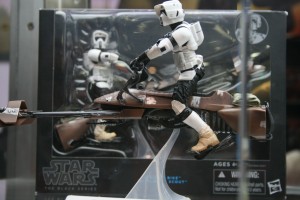 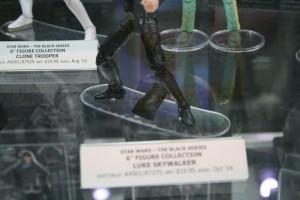 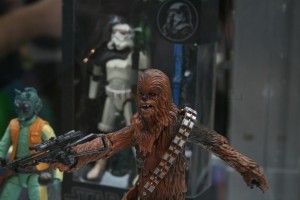 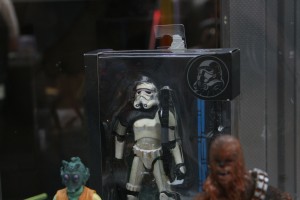 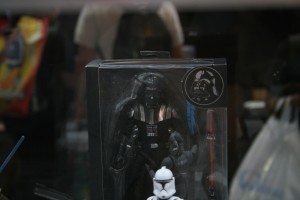 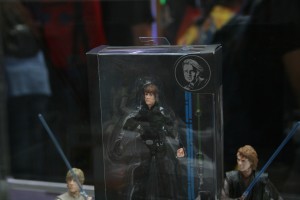 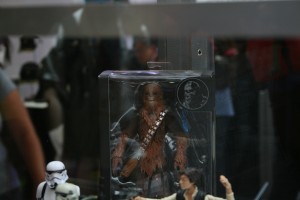 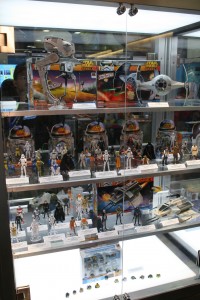 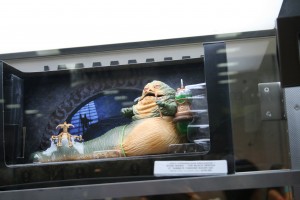 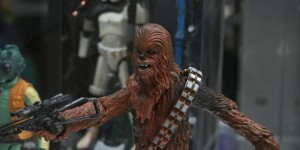