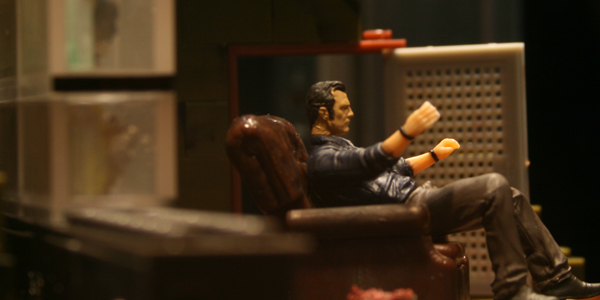 Todd McFarlane himself talked to the press at SDCC about his new line of building toys. And seeing these toys in person, they are impressive.

There are a lot of building toys on the market today, and each strives to distance themselves from LEGO, but why? Todd McFarlane gave a run down of the upcoming Walking Dead line, coming to retail in October, and encouraged fans to use any building block to increase the size of their builds. The new sets will be compatible with the other block lines out there today, and Todd said he wants to see what fans are building out there, encouraging them to post their creations online.

So what makes these toys different from the other building toys? They are more realistic; McFarlane did not want to sacrifice the look of the characters to make them with big blocky feet, or huge hands. The trade off is figures which have limited articulation, but look like the actors. There will be more paint and details on these figures than the standard block figures.

The figure themselves are able to be mixed and matched with others. You want to make a new walker?  Simply change out the arms or legs. Want a zombie Daryl?  It’s as easy as a head swap. McFarlane also said he wanted to move back and forth in the timeline of the Walking Dead show, creating sets on the current events in the series, but also going back and giving fans sets based on older aspects like Dale’s RV.

McFarlane also asked about the brick count of the sets, and he would like to make large scale sets, but it will depend on the retailers’ willingness. If they won’t go for the high price, high brick count sets, the plan will be to make smaller sets that will equal the larger set once combined.  McFarlane is willing to “back door” these sets to get fans the world of the Walking Dead they want. He would also like to expand past the Walking Dead, but that will take time.

One of the more impressive points of the line is the lower prices compared to the other brick based toys. McFarlane is going to be bringing some great toys to the stores this year, and he summed it up well when talking about the lines. “My job is to give you reality,” stated McFarlane, and these sure do look real.

We will have more booth pictures through the weekend of the six inch line, and more from the building sets soon.  In the meantime check out some photos of the first building toys coming this Fall: 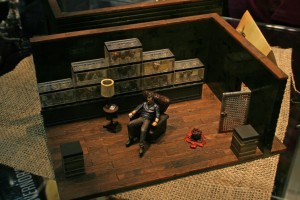 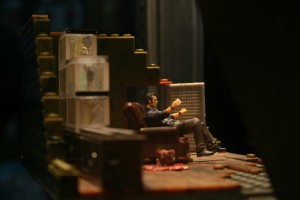 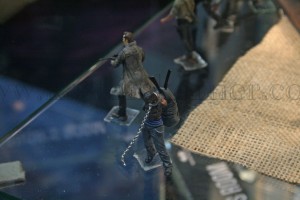 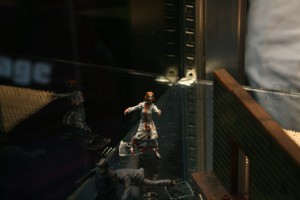 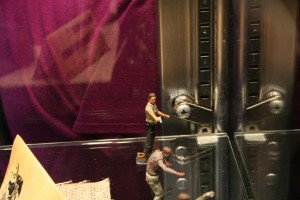 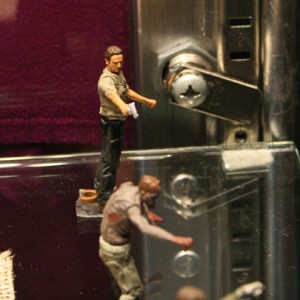 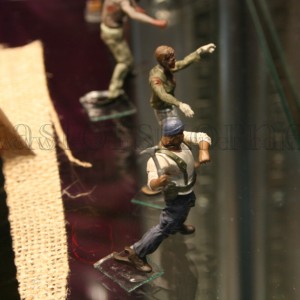 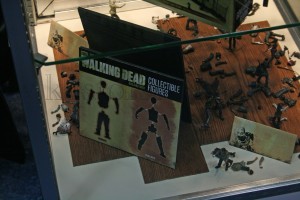 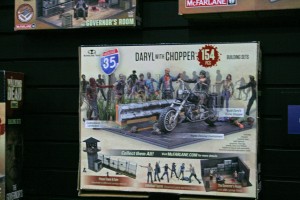 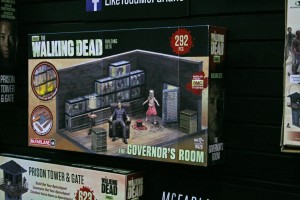 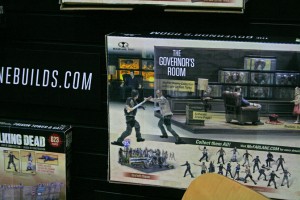 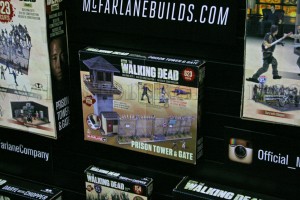 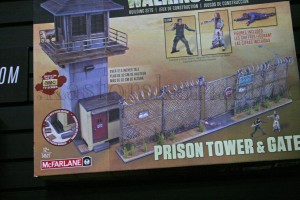 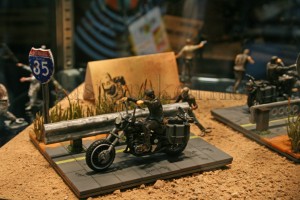 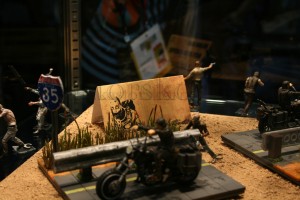 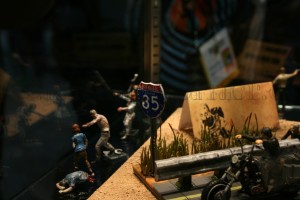 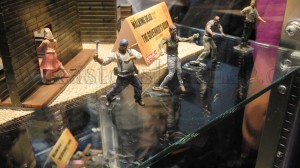 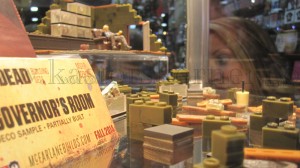 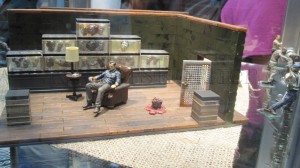 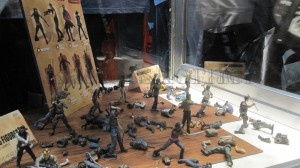 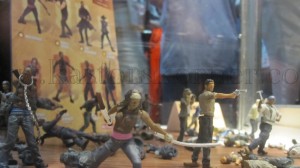 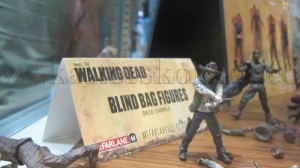 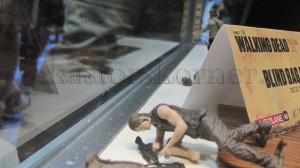 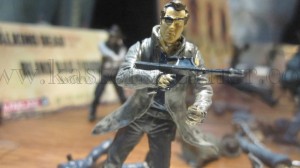 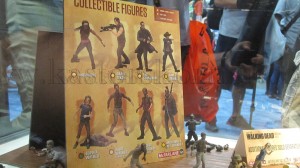 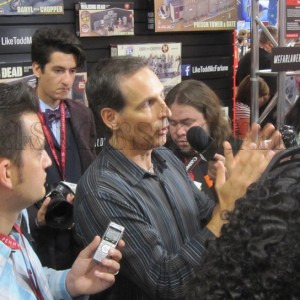