SDCC 2015: The Deadpool Trailer at Comic Con Made Me a Fan 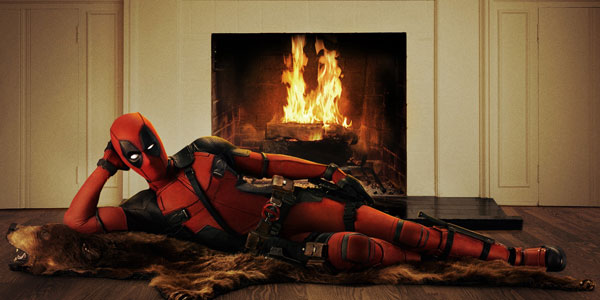 I’ve never been much of a Deadpool guy, truth be told.  I thought he was a pretty meh character in the early days of Rob Liefeld’s X-Force, and I while I appreciated his re-imagining as a fourth-wall breaking Looney Tunes character, Wade Wilson and I just never really connected.

After seeing the footage screened at Comic Con, though, Fox’s upcoming big screen Deadpool movie is certainly winning me over.  The trailer was jam packed with jokes, one liners and gags– about half of them were pretty lame, but the other half really landed– and there carnage and mayhem unleashed in the action sequences was totally on point.

We start with Wade Wilson, cancer-riddled and dying, being offered a second chance at life.  The Merc with the Mouth takes it, immediately breaking the prophecy that the procedure would destroy his manic sense of humor.  If that dig at the lame Wolverine: Origins Deadpool was too obtuse for you, Wade then requests that his super hero suit not be green (or digital), a pretty solid joke about Ryan Reynold’s Green lantern movie.

There’s a lot of that sort of stuff in the trailer, and Reynolds’ enthusiasm for the character is very, very palpable.  Even when the gags didn’t exactly work, I was still smiling.  When they did work, Deadpool started to seem like something truly unique among its ilk of super hero movies.  There’s a joy to watching Deadpool and TJ Miller exchange insulting descriptions of Wade’s disfigured face (“It’s like a testicle with teeth” is the least R-Rated descriptor, actually), and that manic energy is all over this trailer.

Like I said earlier, the action is remarkable, as well, kinetic and hyper violent and pretty insane.  Deadpool shoots and slashes with his sword, and gets punched by Colossus… he’s bouncing all over the place, as Reynolds delivers an equally rapid-fire succession of meta gags and one liners.  I love the look of movie Deadpool– he looks exactly like his comic book counterpart, right down to the surprisingly uncommon white eyes with no pupils on his mask.  He looks great standing still (rarely), and especially in action.

Maybe Deadpool is front-loading with all its cool stuff in this teaser, but after checking this out, my interest in the movie has jumped way, way up.  I feel like seeing it all on the screen– alongside Reynolds’ obvious passion for the character– finally made me understand the appeal of this character.  So sign me up to check this flick out as soon as possible!