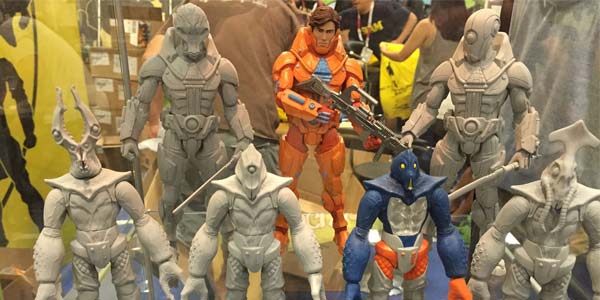 Get a look at the Four Horsemen’s Power Lords Series 2, Mythic Legions and more.

One of the bummers about this year’s Toy Fair was that the Four Horsemen had nothing to show for the future of their Power Lords line.  Thankfully, Comic Con was a different story, with tons of awesome prototypes on display including Raygoth, Sydot and a new, armored Adam Power, as well as lots of cool new variants using these bases.  Yes, we’ve seen quite a bit of reuse and repaint work in this line already, but it looks like the horsemen took a page from their own Mythic Legions line, by adding small bits of new tooling to each body to create more distinct characters, as opposed to differently-colored versions of the same guy.  Just look at the cool headsculpts they came up with for the Raygoth variants– each looks like its own unique character!  The same goes for the super cool, alternate armored Adam Power variants.  I love the look of this guy… something about his bulky, insectoid armor has a real Dune vibe to me, and certainly keeps in the classic Wayne Barlowe aesthetic of the line.

The Horsemen also had some pre-production samples of their Mythic Legions figures on display, and this line continues to impress.  These figures look fantastic, and based on what we’ve seen, I think the combination of well executed articulation and swappable armor will make them some of the most fun toys the Horsemen have ever crafted.  We also got a new reveal for the Legions line– a giant Troll will be the first deluxe figure in the collection.  If you know anything about the Horsemen, you know that giant monsters are the area where th3ey shine brightest, so it should come as no surprise that this creature is awesome to behold.

Check out some photos from the Four Horsemen’s booth below.  I can’t wait for the next wave of Power Lords!  What about you guys? 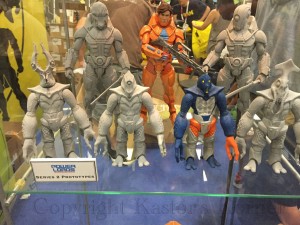 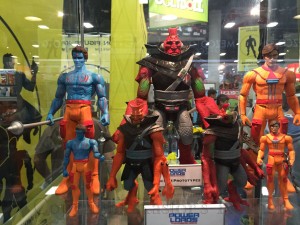 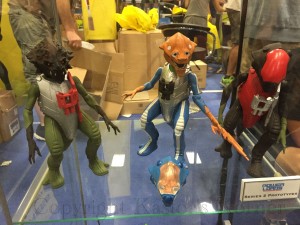 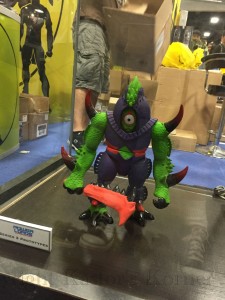 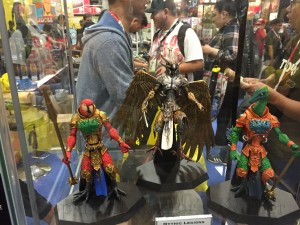 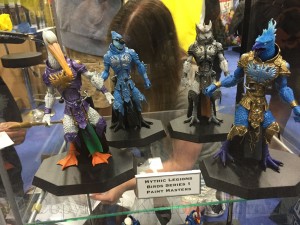 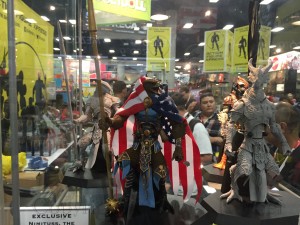 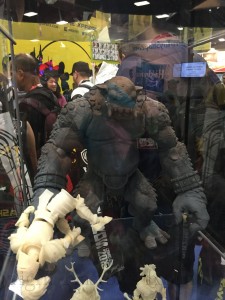 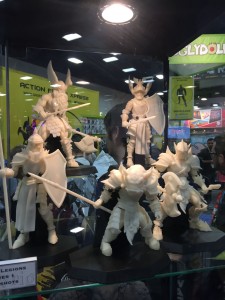 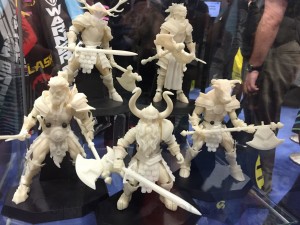 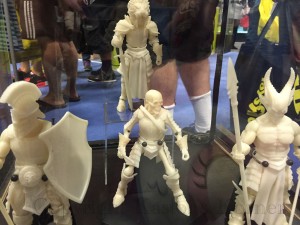 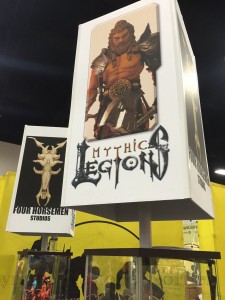