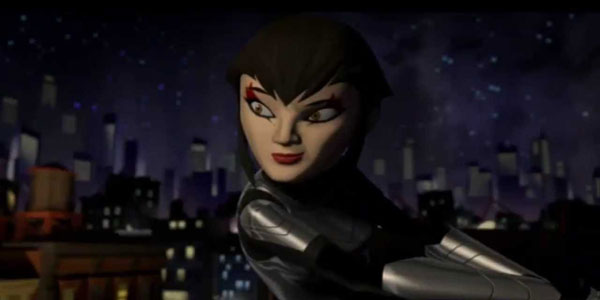 The daughter of The Shredder is getting a second action figure in 2016.

Playmates Toys just wrapped up their panel at Comic Con, which included a few new toy reveals, mostly based around the Dimension X theme that will govern the line through Fall 2015.  One big, exciting piece of info though?  Karai will get a proper figure in 2016.

The Shredder’s adopted daughter and right-hand woman made her modern toy debut earlier this year, but in her rarely seen mutant snake form.  Next year will see the release of a human version of Karai, in her Foot Ninja armor.

I’m still pretty selective about picking up TMNT figures, but this is exciting news– there’s actually never been a standard Karai figure in the whole history of the line (The 2000’s figure came out wearing Shredder’s armor… kind of a cop out).  There is no way I am missing this figure.