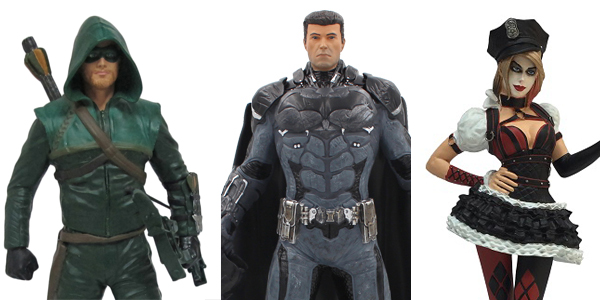 The first three exclusives will be available at the Icon Heroes booth #3345.  Also on display will be all-new, never seen before products, from classic DC characters, Batman: Arkham Knight video games, and WBTV/DC shows Arrow and The Flash! 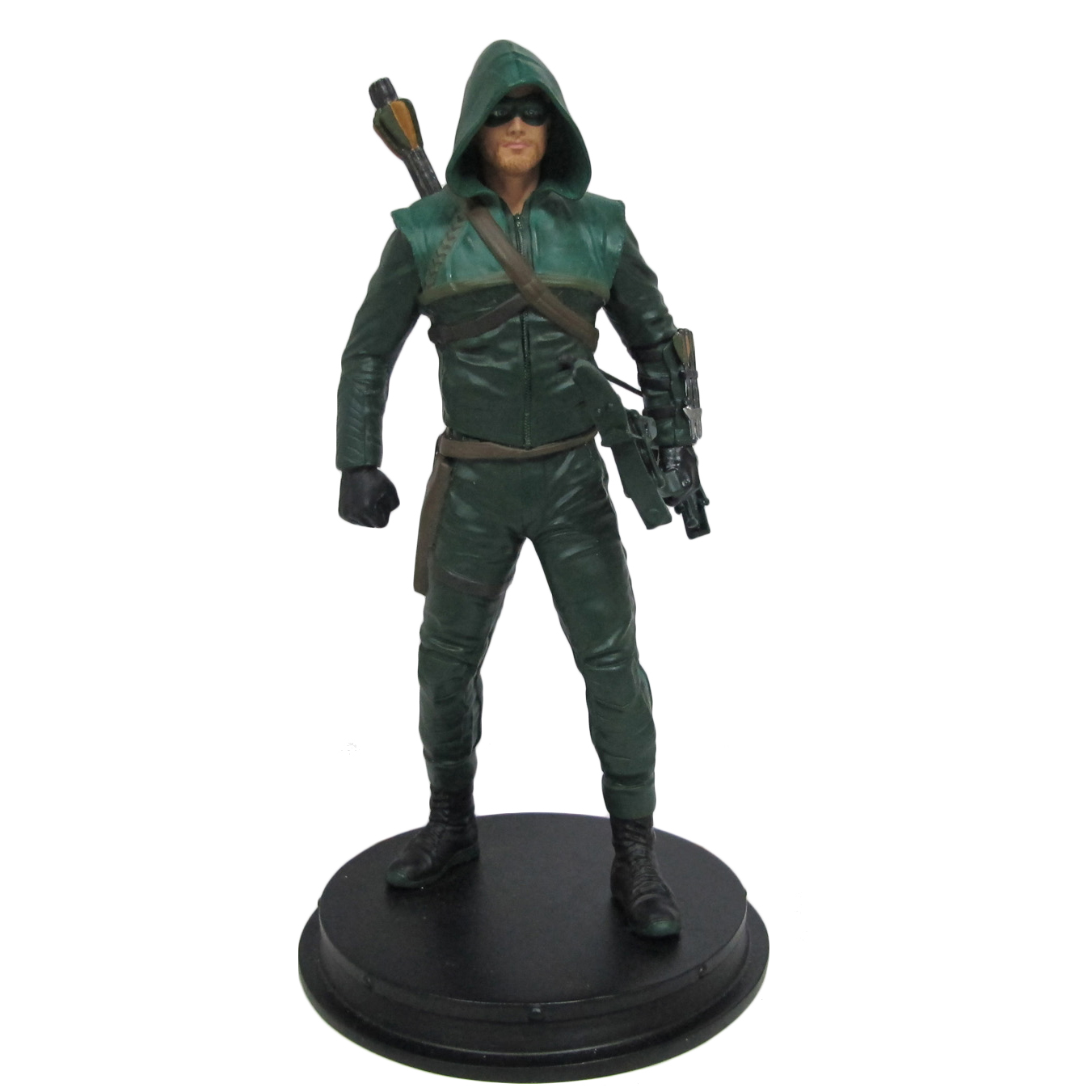 The forces of evil (and disorganized paperwork) don’t stand a chance against The Arrow Statue Paperweight! Standing approximately 8 inches tall, cast in high-quality resin and expertly painted, this statue paperweight features the iconic costume Stephen Amell’s Oliver Queen wore in season 2 of The CW’s hit show, Arrow! If you work in an office, topping your co-workers’ desk décor is a constant challenge, so this is one decoration that never misses the mark!  Limited edition of 1,050. 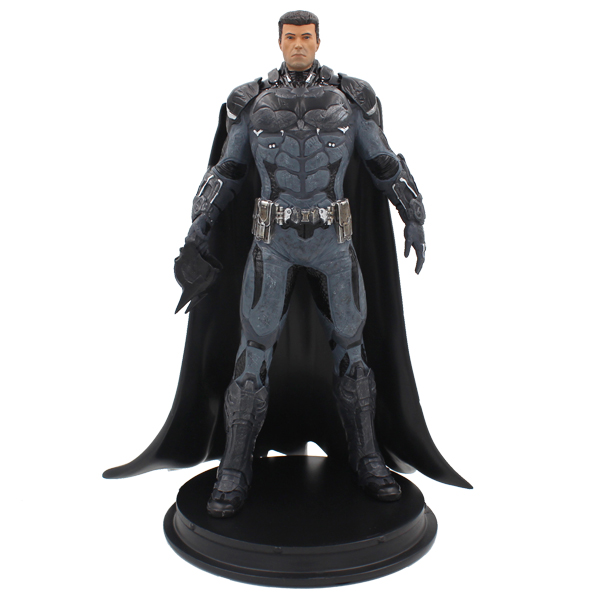 After a long day at the office, perhaps you look a little worse for wear … well, now your desk can reflect your mood with the Batman: Arkham Knight Batman Unmasked/Battle Damaged Statue Paperweight! Standing approximately 8 inches tall, this statue paperweight features the Dark Knight unmasked, revealing the steely gaze of billionaire Bruce Wayne! The amazingly detailed costume is expertly painted, detailed with various “battle damage” from Batman’s war on crime. This paperweight is made from high-quality resin, and stands ready to tell your co-workers it’s been a rough day!  Limited edition of 1,000. 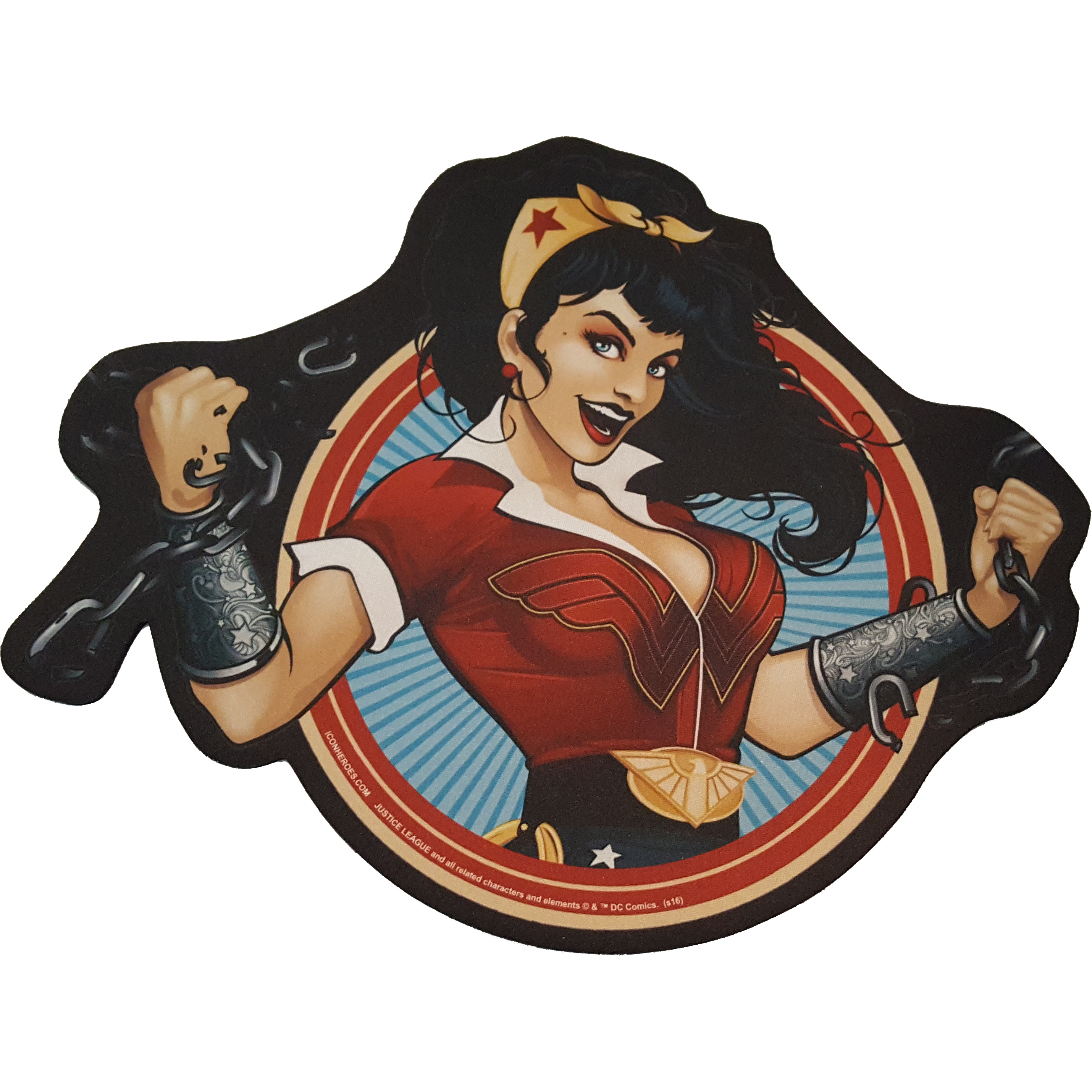 Who couldn’t use a few more Bombshells in their life?  Well, Icon Heroes is making that possible with the new Wonder Woman DC Bombshells Mousepad! Based on art from the hit DC series by Marguerite Bennett, this amazing mouse pad features a stunning image of Wonder Woman in all her Amazonian glory! Measuring 11″ wide and 8.5″ tall, this mousepad is a must-have for Wonder Woman fans!

The final DC exclusive will be available through Diamond Comics!  Comic-Con attendees will be able to preview the Batman: Arkham Knight Harley Quinn Police Statue Paperweight at the Diamond PREVIEWSworld booth #2401 and purchase from participating retailers on the show floor. 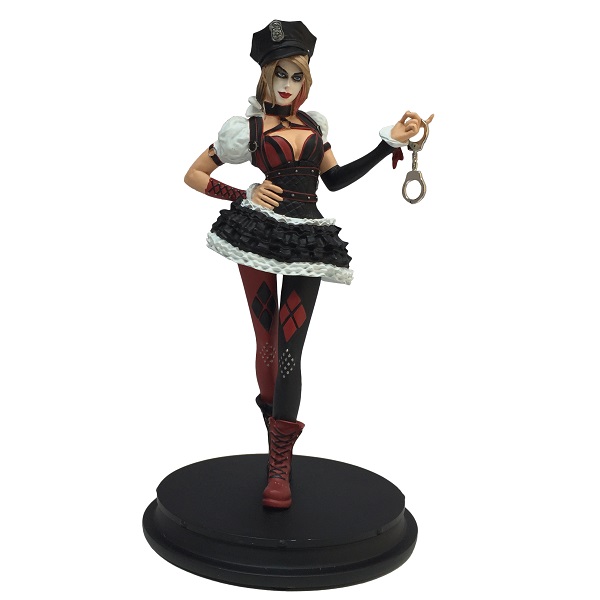 You just can’t keep a good Super-Villain down … but this one can keep your papers down, and so Icon Heroes is proud to announce the San Diego Comic Con Exclusive, Arkham Knight Harley Quinn paperweight! Made of high quality polystone resin and expertly painted, this 8” scale statue paperweight is ready to take over your desk, just like she plans to take over Gotham City!  Limited edition of 2,500.

Warner Bros. Consumer Products, a Warner Bros. Entertainment Company, is one of the leading licensing and retail merchandising organizations in the world.